Ryan Crouser screamed the moment the shot put left his hand. Before he even saw it land, he raised his arms to celebrate.

He didn't need an official measurement to know it was a world record. 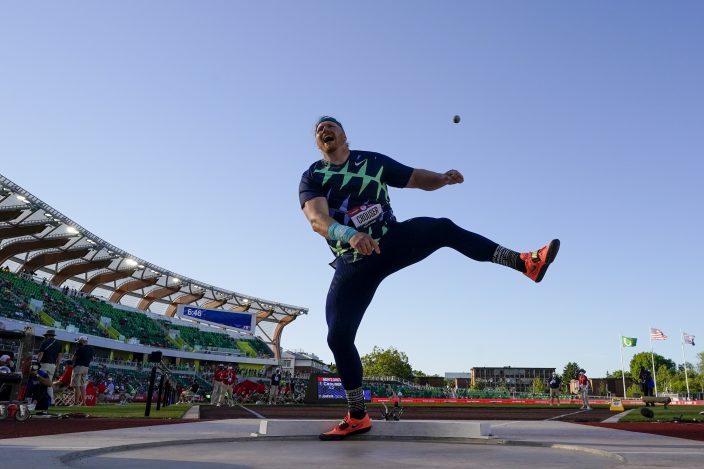 When the 28-year-old's fourth of six tries on a mild, sunshiny evening at Hayward Stadium plunked into the dirt, well beyond where any other mark had been made, a collective gasp came from the quarter-filled stands.

About a half-minute passed while officials checked the distance. When it came up on the board, he was mobbed by his competitors over near the circle.

Crouser, who was second in the world championships in Doha in 2019, didn't miss a day of training in 2020, even with the coronavirus pandemic shutting things down across the globe. He built a homemade shot-put ring that he constructed out of two sheets of plywood and screws from Home Depot.

Another sign of his dedication: He consumes about 5,000 calories a day to retain the 320 or so pounds on his 6-foot-7 frame. His diet consists of two big breakfast burritos in the morning, a pound of ground beef for lunch and three of the four portions from a meal delivery service at night.

At 35, Felix makes a comeback and lands her 5th Olympics