Yordan Álvarez had a game-ending double in the ninth inning for his third hit, lifting the Houston Astros to a 2-1 win over the Chicago White Sox on Friday night.

The game was tied at 1-all when Yuli Gurriel singled off Garrett Crochet (2-3) with one out in the ninth. Álvarez smacked a ball down the right-field line that rolled into the corner, allowing Gurriel to slide home just before the throw to give Houston its fifth straight victory.

Luis García allowed one run and seven hits in seven innings, and Ryan Pressly (4-1) struck out the side in the ninth for the win. 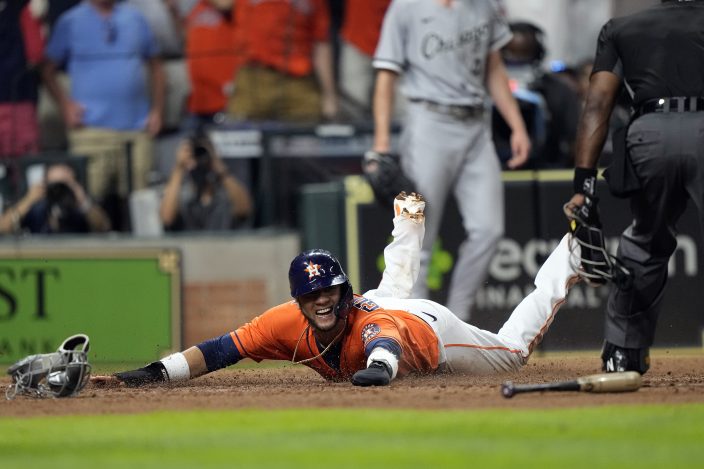 José Altuve cooled off after hitting three homers in four games, going 0 for 4 with two strikeouts. The Astros didn’t homer on Friday night after entering with at least two homers in their previous 10 games to tie a major league record.

García tied a career-high with eight strikeouts. He settled down after the first couple of innings, retiring 13 of his last 14 batters.

Brian Goodwin got things going for the White Sox with a double down the right-field line with one out in the first and he advanced to third on a single by Yoán Moncada. José Abreu followed with a single that scored Goodwin. 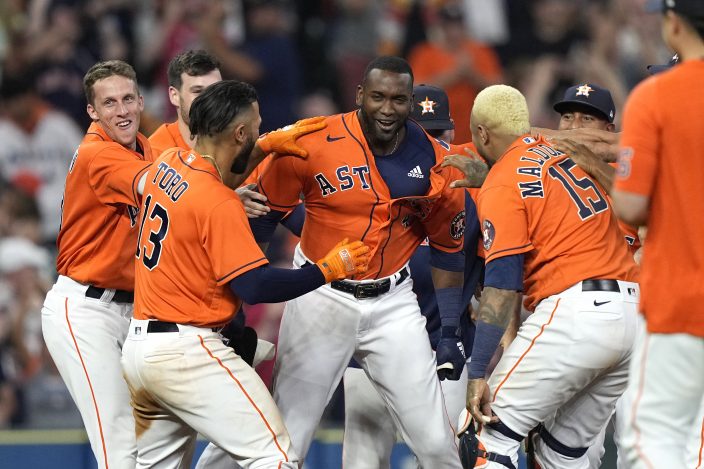 Rodón retired his first 13 batters before Alvarez singled with one out in the fifth. Rodón walked Carlos Correa before Abraham Toro singled to load the bases.

There were two outs in the inning when Martín Maldonado walked to score a run and tie it at 1-1. Rodón was able to limit the damage by striking out Altuve to end the inning. 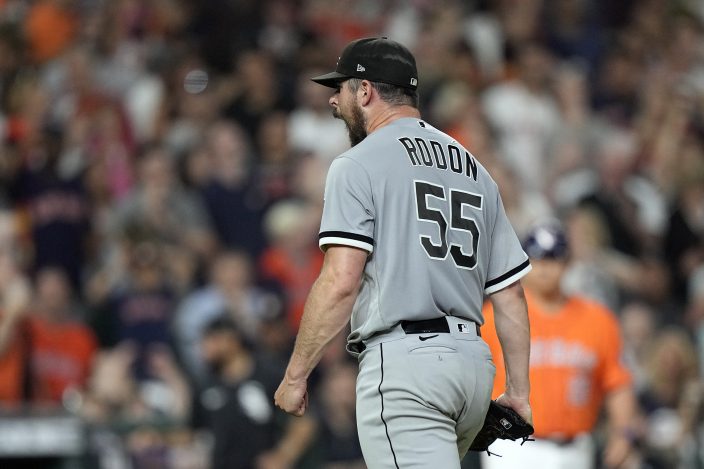 White Sox: INF/OF Leury García was out on Friday because of a sore knee. Manager Tony La Russa said he bruised it sliding recently and they’re trying to be careful with him. ... LF Andrew Vaughn sustained a bruise to his face when a ball bounced and hit him as he slid into second on a double in the sixth inning. He remained in the game before being replaced by Adam Engel for the bottom of the eighth. 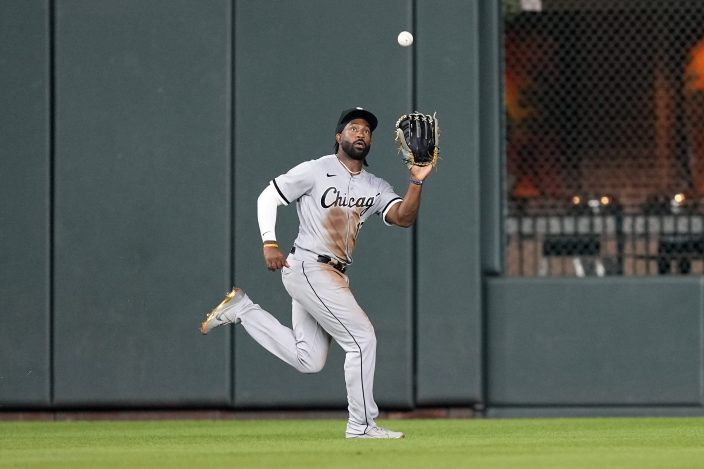