Adam Duvall hit a grand slam and a two-run drive, and the Miami Marlins snapped a four-game slide by pounding the Chicago Cubs 10-2 in a rare Friday night game at Wrigley Field.

Jon Berti added a three-run homer on a warm, windless evening as the Marlins dealt the Cubs their fourth loss in five. Jorge Alfaro had three hits and scored twice as the teams met for the first time since Miami swept Chicago 2-0 in their NL wild-card series in October.

Duvall had three hits. He smacked his fifth career slam to cap Miami’s five-run third inning against shaky Cubs starter Zach Davies. Davies (4-4) gave up a career-high eight runs after not allowing any in his previous two starts. 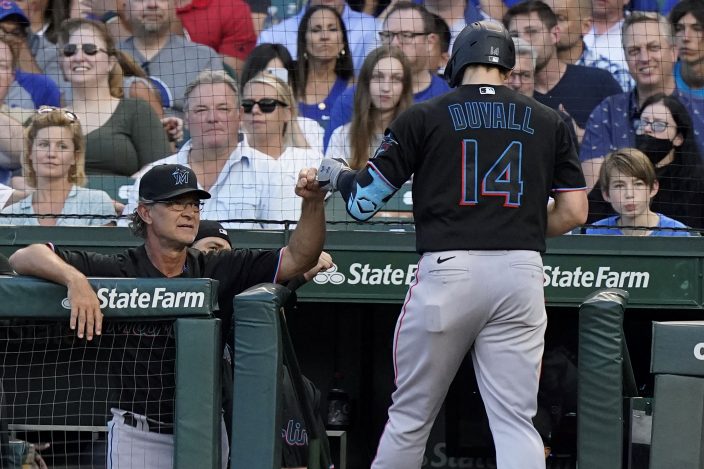 Duvall’s second homer of the game and 14th of the season came on a towering fly to left off Dan Winkler in the seventh. Duvall has two multihomer games this season and nine for his career.

Joc Pederson hit two solo homers in his first two at-bats. It was Pederson’s second two-homer game this season and 17th of his career.

Marlins rookie starter Cody Poteet was activated off the 10-day injured list before the game, then left with two outs in the fourth after throwing 80 pitches. The right-hander allowed two runs — on Pederson’s drives — and three hits while walking four and striking out five. 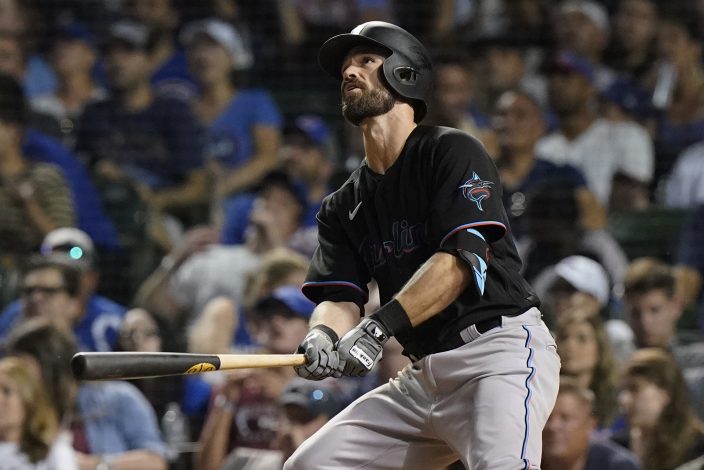 John Curtiss (3-1), the first of three Miami relievers, tossed 1 1/3 innings to earn the win as the Marlins bullpen completed a four-hitter.

Davies allowed eight hits and walked three after not yielding a run in his previous 14 2/3 innings.

The Marlins loaded the bases with one out in the third, then Starling Marté walked to force in Miami’s first run. After Jesus Aguilar popped out, Duvall ripped Davies’ 1-0 pitch into the left-field bleachers. 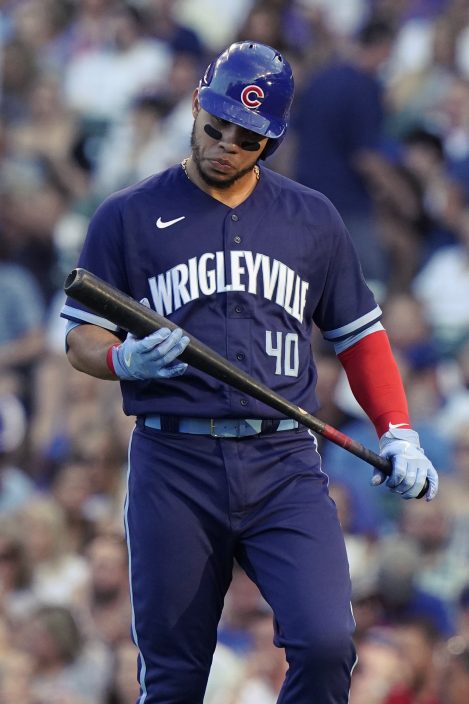 Chicago Cubs' Willson Contreras checks his bat after striking out swinging during the first inning of the team's baseball game against the Miami Marlins in Chicago, Friday, June 18, 2021. (AP PhotoNam Y. Huh)

The Cubs played just the ninth Friday night game at Wrigley Field since lights were installed in 1988. Six of them took place in 2020 when no fans were allowed due to COVID-19.

The Cubs got permission from a Chicago City Council committee to play the night home contest because the team knew it would return to Chicago early in the morning after playing the Mets in New York on Thursday night. 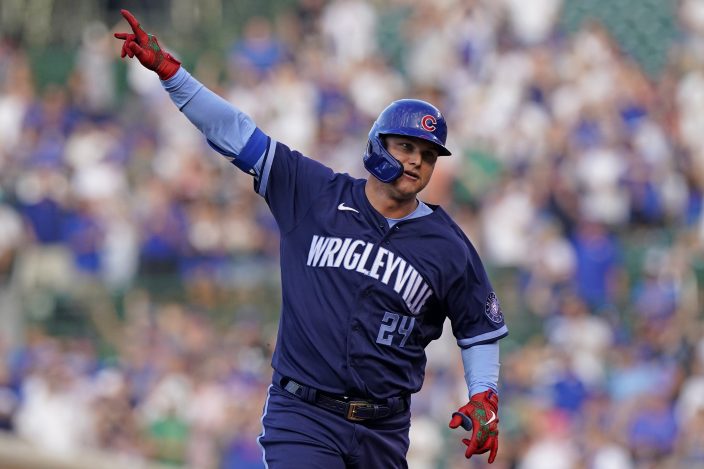 Friday and Saturday night games usually are prohibited at the iconic ballpark because they worsen parking and congestion problems when nearby bars and restaurants draw big crowds.

Duvall hit three homers twice in an eight-game span last season while with Atlanta. He had nine RBIs in the second game, on Sept. 9, 2020 as the Braves ripped the Marlins 29-9. 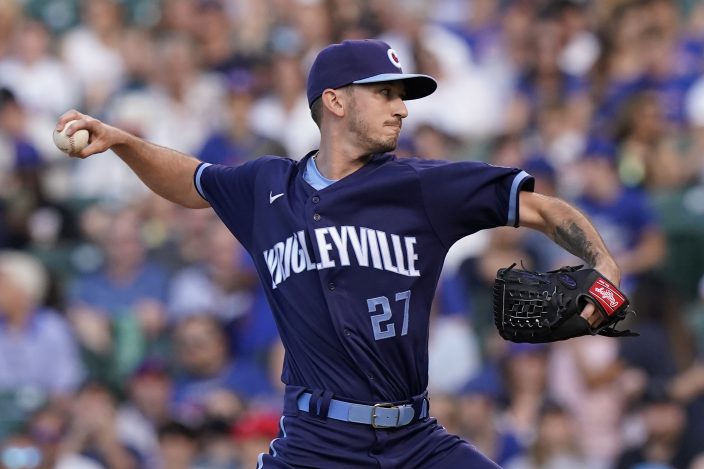 Cubs: Manager David Ross said INF Nico Hoerner, out since May 25 with a left hamstring strain, has resumed baseball activities. ... RHP Trevor Williams, who underwent an appendectomy on May 30, also is progressing.