Adalberto Mondesi hit a 464 foot three-run homer, Salvador Pérez added his 18th home run this season, and the Kansas City Royals beat the Boston Red Sox 5-3 on Friday night for only their second win in their last 13 games.

Before a season-high crowd of 29,870 at Kauffman Stadium, Kris Bubic (2-2) won despite allowing two runs and five hits in 2 2/3 innings. Greg Holland pitched a perfect ninth for his fourth save, and the Royals stopped their six-game losing streak. 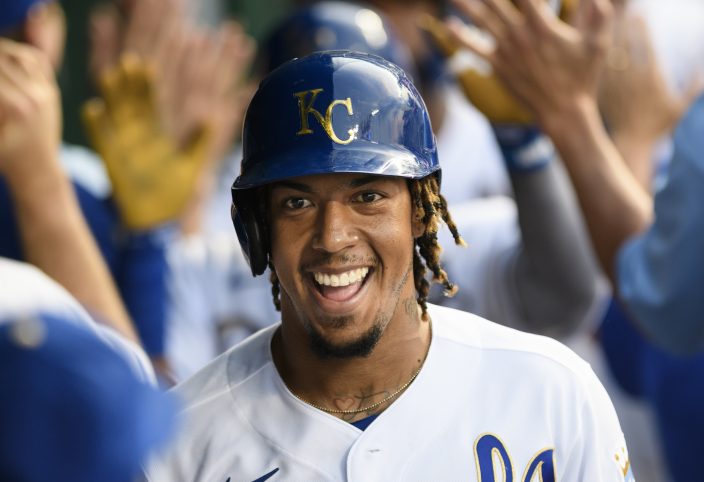 Boston's Christian Arroyo was ejected by plate umpire Jim Wolf after he took a called third strike for the second out of the ninth on a pitch that Arroyo thought was inside.

Whit Merrifield had his fourth straight multi-hit game, including an RBI double in the fifth that boosted Kansas City's lead to 4-2.

The Red Sox went 2 for 9 with runners in scoring position and stranded eight runners. 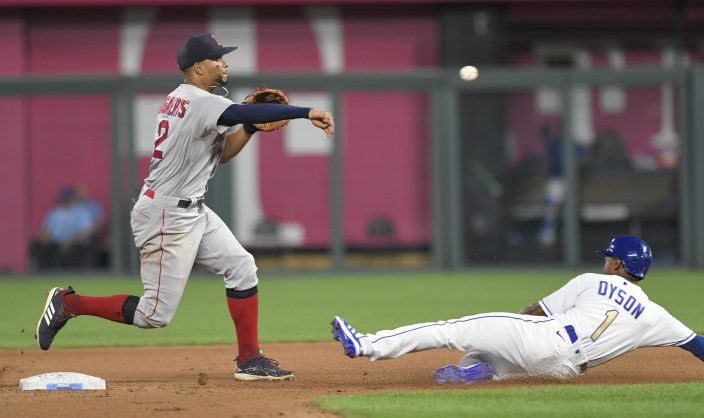 Boston faced Kansas City for the first time since dealing outfielder Andrew Benintendi to the Royals on Feb. 10 as part of a three-team trade. Benintendi is missing the series because of a broken rib.

Pivetta gave up three runs and six hits in five innings. He is 0-3 in four starts after starting the season 6-0. 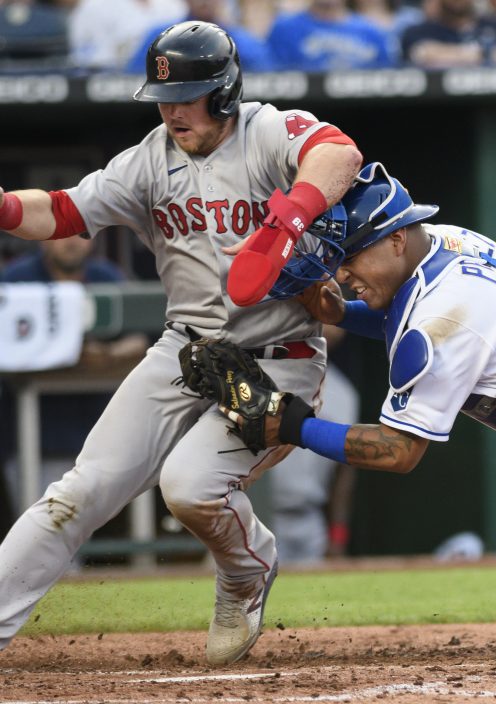 Alex Verdugo's RBI single put Boston ahead in the third, and J.D. Martinez hit a run-scoring single in the fifth that closed the Red Sox to 3-2.

Pérez homered in the seventh off Matt Andriese, a drive just over the wall in right.

Rafael Devers hit his 17th homer, a solo drive in the eighth off Scott Barlow, who had not allowed a home run in 38 innings. 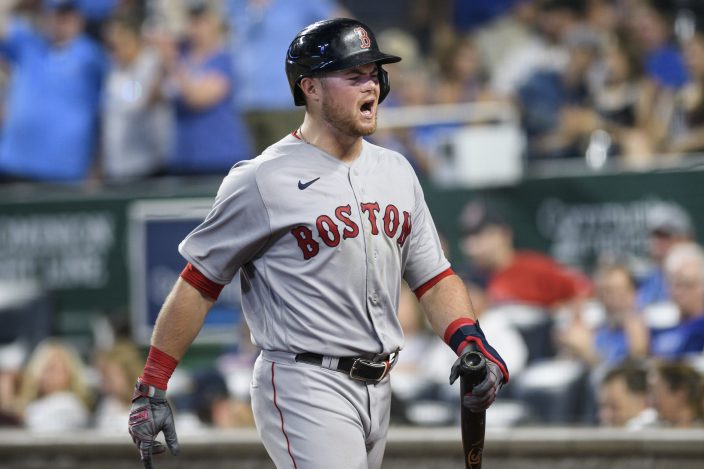 Boston Red Sox's Christian Arroyo is thrown out of a baseball game for arguing with the umpire after being called out on strikes during the ninth inning against the Kansas City Royals in Kansas City, Mo., Friday, June 18, 2021. (AP PhotoReed Hoffmann)

Royals: OF Edward Olivares was optioned to Triple-A Omaha. The Royals selected the contract of RHP Anthony Swarzak from Omaha and transferred RHP Ronald Bolanos from the 10-day to the 60-day IL. 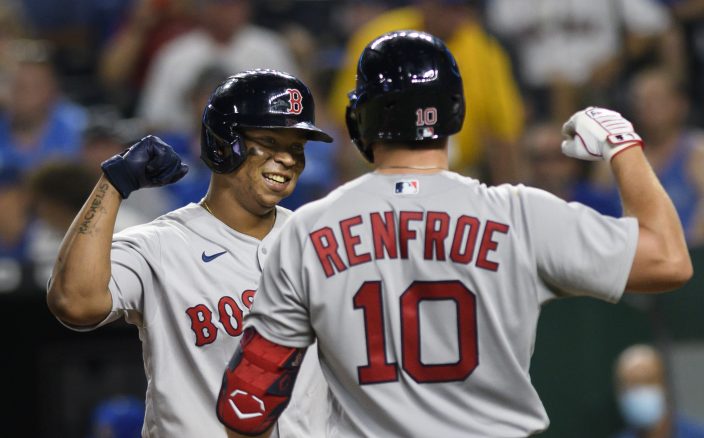 Red Sox: LHP Chris Sale (Tommy John surgery in March 2020) threw a 40-pitch simulated game at Triple-A Worcester. Sale said he felt good and felt the session was a step in the right direction. His next bullpen session is set for Tuesday.

Royals: LHP Danny Duffy (left forearm flexor strain) threw a bullpen session and could pitch on the trip that starts Tuesday at the New York Yankees. 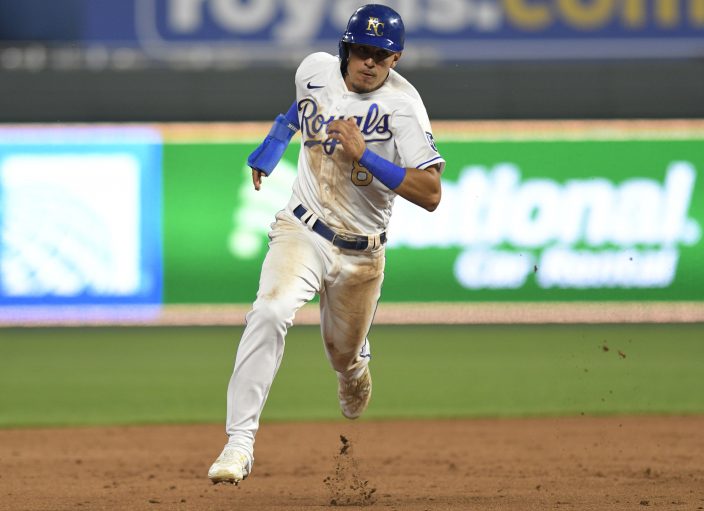 Kansas City Royals' Nicky Lopez sprints to third base on his way to scoring on a double by teammate Whit Merrifield during the sixth inning of a baseball game against the Boston Red Sox in Kansas City, Mo., Friday, June 18, 2021. (AP PhotoReed Hoffmann)