Kikuchi (4-3) earned his 10th quality start in 12 appearances while sending the Rays to their fourth straight loss, matching their season high.

The Japanese left-hander struck out six and recorded 13 infield outs as he helped the Mariners to their fifth win in six games. He’s given up seven hits and one run with 12 strikeouts over 14 innings in his last two starts. 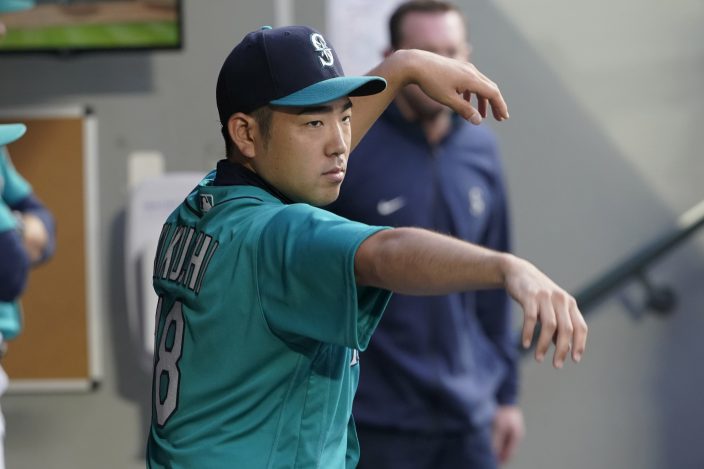 Seattle Mariners starting pitcher Yusei Kikuchi stays loose by going through pitching motions in the dugout between the fourth and fifth innings of the team's baseball game against the Tampa Bay Rays, Friday, June 18, 2021, in Seattle. (AP PhotoTed S. Warren)

Kikuchi struggled in the first inning, allowing two hits, including Yandy Diaz’s RBI single that made it 1-0. But he retired 11 of 12 batters starting in the second inning and got out of the third inning on eight pitches and the fourth in 10.

Kendall Graveman and Drew Steckenrider each pitched an inning of relief with a strikeout apiece.

The Mariners batted around in the first against Michael Wacha (1-2), scoring four runs on six hits with RBIs from Kyle Seager, Jake Bauers, Shed Long Jr. and Luis Torrens, who added another RBI single in the third to make it 5-1. 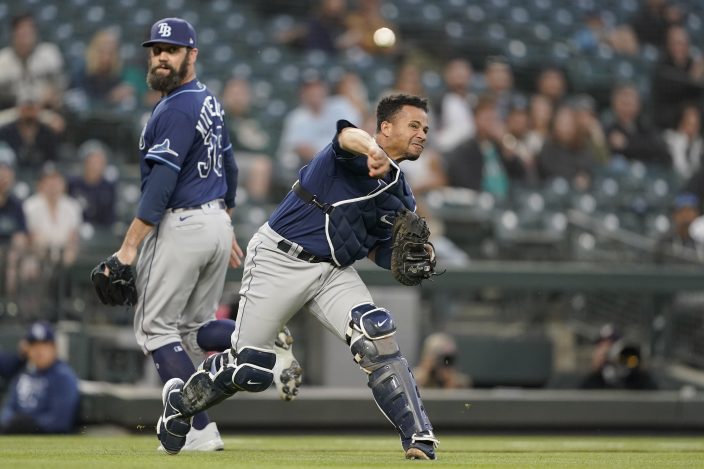 Wacha gave up 11 hits in 3 2/3 innings, his longest stint since returning from the injured list May 23.

With a double in the third inning, Ty France extended his streak to five straight games with an extra-base hit, a team season-high. The DH/INF had three hits in the first four innings, scoring two runs. Rays: RHP Tyler Glasnow (right elbow strain) had an encouraging meeting with a specialist in Dallas on Friday and won’t need surgery. Glasnow, who was moved to the 60-day injured list Thursday, will be shut down for four to six weeks. The hope is he might be able to return four weeks after that, perhaps for a postseason run, but manager Kevin Cash said he was not ready to predict a late return for Glasnow.

Mariners: Seattle sent RHP Justin Dunn (right shoulder soreness) to the 10-day injured list for the second time this month and moved CF Kyle Lewis (knee) to the 60-day injured list. Dunn had an MRI on Friday after pulling himself two innings into his start on Thursday, but results weren’t available. Lewis recently had surgery to repair the meniscus in his right knee, and manager Scott Servais said recovery time made the move necessary.

Rays: LHP Josh Fleming (6-4, 3.20) recorded his team-record 11th win in his first 18 career appearances in his last game, a 4 2/3-innings relief appearance behind an opener.