LaMonte Wade Jr. doubled, tripled and drove in two runs as the Giants won in manager Gabe Kapler’s first game against his former team. Kapler was fired in 2019 after two seasons as the Phillies' manager. 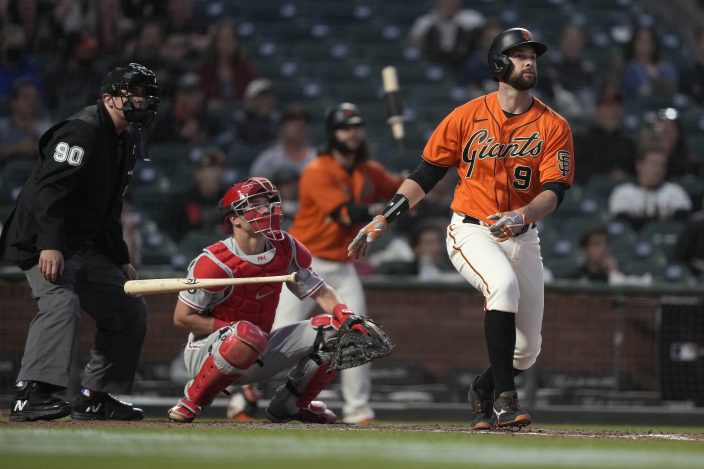 Andrew McCutchen hit his 12th home run for the Phillies. Odúbel Herrera connected for his fifth, a solo shot leading off the game. Bryce Harper had two hits in his return to Philadelphia’s lineup after leaving Wednesday’s game against the Dodgers with lower back tightness.

Cueto (5-3) settled down to beat the Phillies for the second time in 13 career starts after giving up Hererra’s home run on the fourth pitch of the game. Cueto allowed three runs on six hits. He also walked and scored the tie-breaking run on Wade’s triple in the fourth. 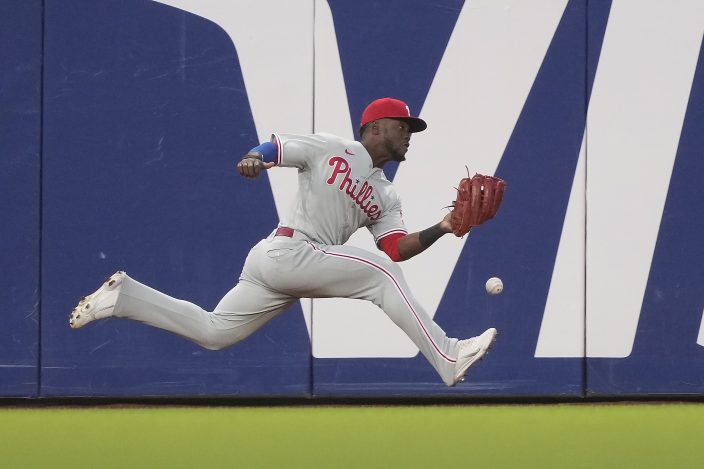 Phillies: Catcher Andrew Knapp came out of the game after taking a hard foul ball off the facemask in the sixth. Knapp dropped to the ground and stayed on his knees for several moments as manager Joe Girardi and a team trainer came out. Knapp finished the inning before being replaced by J.T. Realmuto. 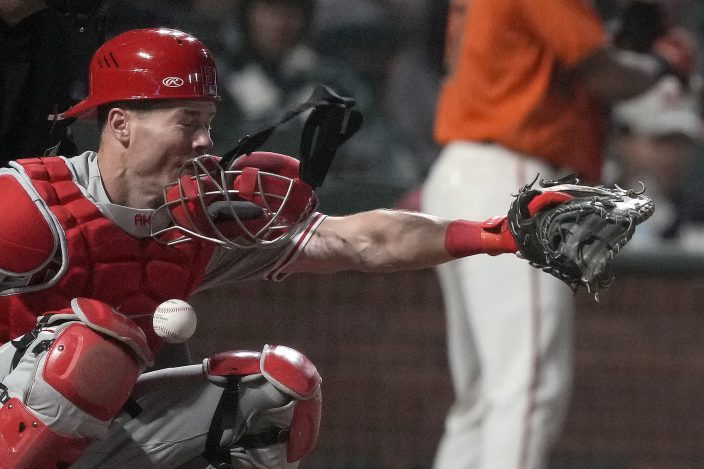 Philadelphia Phillies catcher Andrew Knapp is hit on the face mask by a pitch during the sixth inning of the team's baseball game against the San Francisco Giants on Friday, June 18, 2021, in San Francisco. (AP PhotoTony Avelar)

Giants LHP Alex Wood (6-3, 3.71 ERA) faces Philadelphia on Saturday and will try to end a rough patch. Wood has allowed 13 earned runs in 15 innings over his previous three starts. Phillies RHP Aaron Nola (5-4, 3.69) has one win in four career starts against San Francisco. 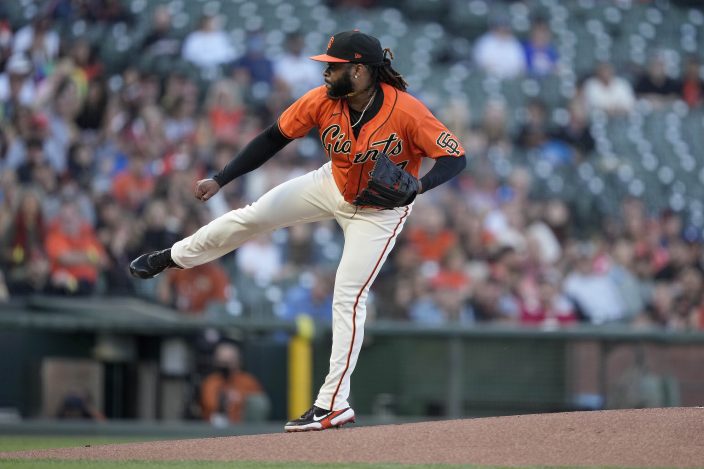 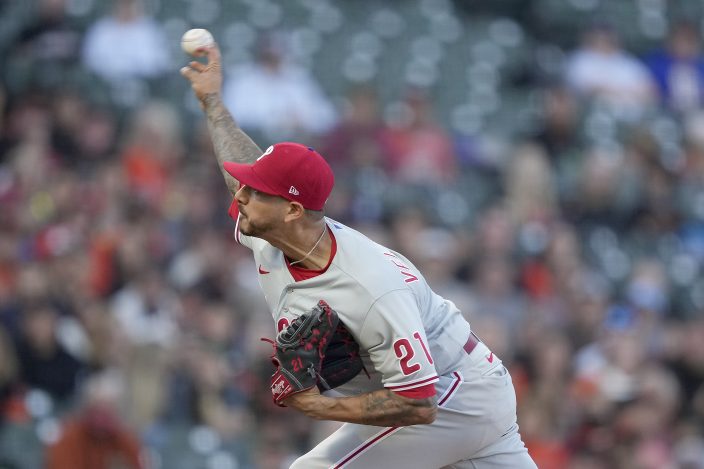 Hoskins breaks out of slump with 6 RBIs, Phillies top Giants