When a heated scrum broke out between Islanders and Lightning players at the final horn of Game 2 and New York's Travis Zajac wrestled Tampa Bay's Anthony Cirelli to the ice, it did not feel like these teams didn't face off all season.

“I think we are familiar with them from the last playoffs,” Lightning forward Ondrej Palat said.

With a few new faces, the Islanders and Lightning picked up their rivalry right where they left off in the 2020 bubble playoffs. That series and the other semifinal between the Vegas Golden Knights and Montreal Canadiens heated up early, showing it doesn't take long for tensions to rise, even among players who haven't seen each other — or been aggravated by each other — since last year. 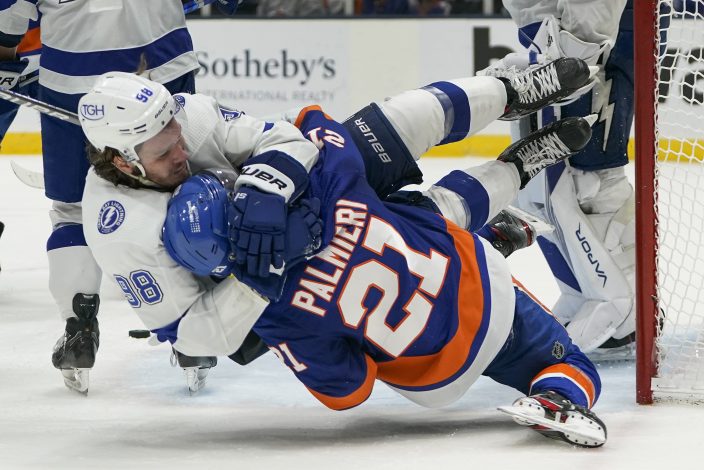 "We’re both in each other’s way right now, so we’re not going to be liking each other," Vegas enforcer Ryan Reaves said. “It’s two teams that are fighting for the Stanley Cup, and we’re two of four teams left, so it’s not going to take much. There’s going to be hatred that’s going to build pretty quickly.”

The mutual dislike was evident in the series opener between the Golden Knights and Canadiens, the teams' first meeting since January 2020. There was pushing and shoving after several whistles and more extracurricular activities than the lack of penalties would indicate.

It wasn't surprising at this stage of the playoffs. 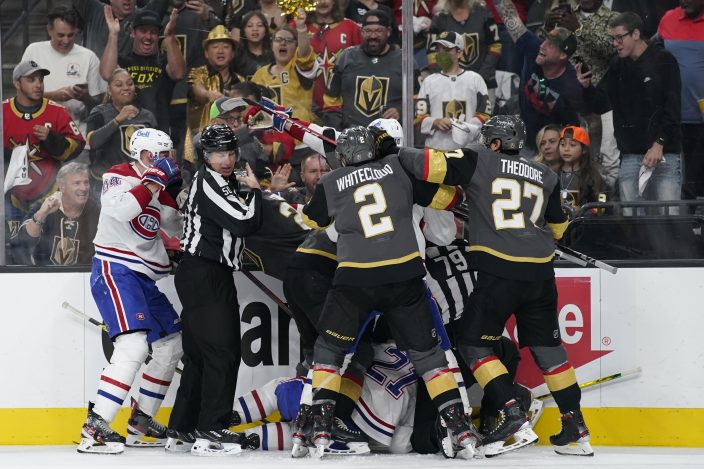 Referees attempt to break up a shoving match during the second period in Game 2 of an NHL hockey Stanley Cup semifinal playoff series between the Vegas Golden Knights and the Montreal Canadiens, Wednesday, June 16, 2021, in Las Vegas. (AP PhotoJohn Locher)

“At this point in time, you’re fighting for every inch,” Golden Knights rookie Keegan Kolesar said. “No one’s going to give you anything easily, and everyone’s going to work for it.”

The Islanders would like to outwork the Lightning between the whistles and not get bogged down in some of the antics that don't affect the play. New York's heavy style suits that, and coach Barry Trotz wants his players to “try to stay out of the extra stuff.”

“Our team is disciplined enough,” Trotz said. “We’ve got to stay out of all that. Whistle to whistle we need to play hard 5 on 5, and we’ll walk away from all that. The most important thing is trying to win the series and doing what it takes to win the series.” 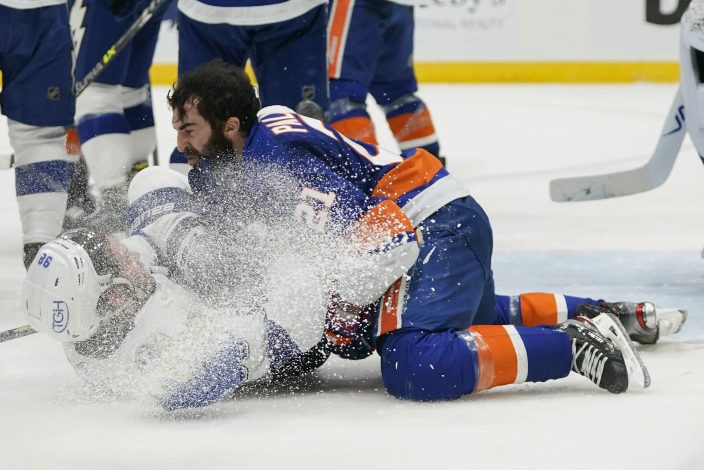 Much like the Islanders did to Boston last round, Vegas would like to wear down Montreal over the course of the series, which the Canadiens lead 2-1. Trotz does not believe much in momentum from game to game, but the temperature rises with more feisty on-ice encounters between teams.

“Playoff series are going to be physical,” Reaves said. “Stuff is going to boil over from game to game, from shift to shift, and it’s already started a little bit, and I expect it to keep going."

Now in the third round for the fourth time in his career, Vegas defenseman Alec Martinez said being this close to the final naturally sparks “emotional games.” That series is aided by teammate Max Pacioretty facing old friends on the Canadiens in a playoff series for the first time since Montreal traded him in 2018.

Even the newcomers to the Islanders-Lightning series have embraced a little healthy distaste for the other team. Zajac hadn't faced Tampa Bay since January 2020 when he was with New Jersey and was at the center of the scrum at the end of Game 2.

Jon Merrill, who joined the Canadiens at the trade deadline in April, feels the same way about how tensions are developing against the Golden Knights.

“You become a little bit more familiar with the players — you haven’t seen a lot of them all year," he said. “It’s not that you forget about them but you haven’t engaged with them all season long. ... As the series goes on I expect it to get more and more intense.”