At least someone on the Switzerland team has a reason to celebrate.

Goalkeeper Yann Sommer went home after Wednesday's 3-0 loss to Italy for the birth of his second child, and then rejoined the team Friday. Now for the more difficult task of turning around a failing European Championship campaign.

With both teams in a must-win situation, Switzerland's game against Turkey on Sunday might just turn into a festival of attacking soccer. A draw is of no use to either as they try to advance to the round of 16. 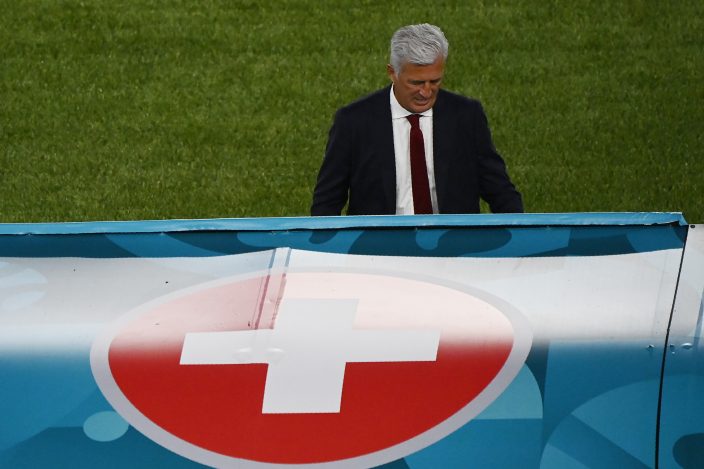 And the bigger the margin of victory, the better.

A win would give Switzerland four points in Group A and a good chance of qualifying as one of the four best third-place teams — or even overhauling second-place Wales. However, a goal difference of minus-3 is dragging the Swiss down. Depending on results in other groups, a one-goal win over Turkey might not be enough. 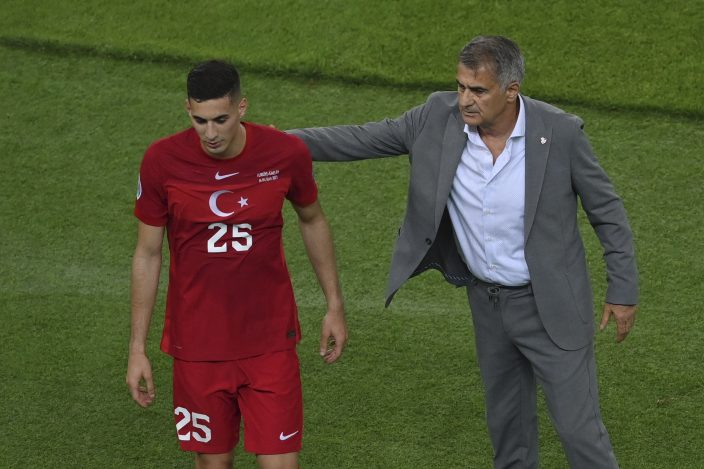 Turkey lost both of its opening games without scoring a goal, and coach Şenol Güneş has apologized to fans. A spot in the last 16 is still possible, but it would require a big win over the Swiss to turn around a minus-5 goal difference and for results elsewhere to go Turkey's way.

Just like against Wales on Wednesday, the match on Sunday will feel like a Turkey home game with traveling fans and many locals in Azerbaijan backing the team.

The Swiss haven't scored much, either, netting only one goal in their two matches. Since the loss to Italy, many have turned on coach Vladimir Petkovic for what they see as negative tactics and a lack of creativity. 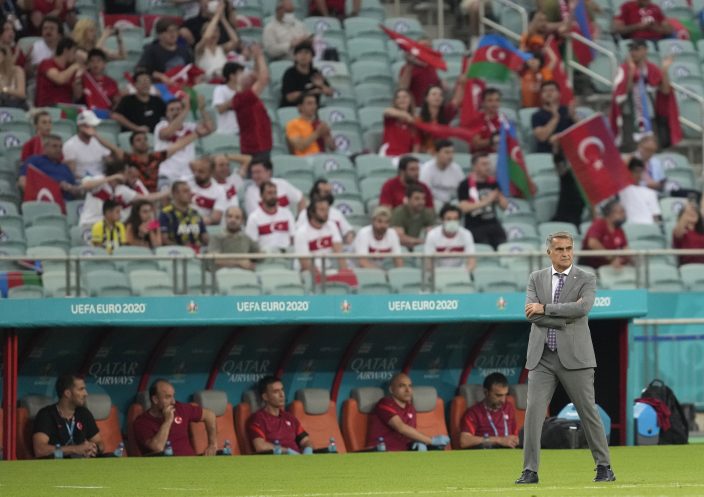 Petkovic has been in charge since 2014, making him the third longest-serving coach at Euro 2020, and is heading into his 76th game. He had never lost a group game at a major tournament before being beaten by Italy.

Before the group stage, Switzerland had been hoping to end its run of three consecutive exits in the round of 16 at major tournaments. Now even reaching that stage would be an achievement.