The postseason is now comeback season.

And the Los Angeles Clippers can claim to be the comeback kings.

The Clippers’ franchise is known for many things on the futility front: never making the NBA Finals; going 30 years without winning a single playoff series (1976-2006); going 0-8 before Friday in games where the team could have clinched a berth in the conference finals. 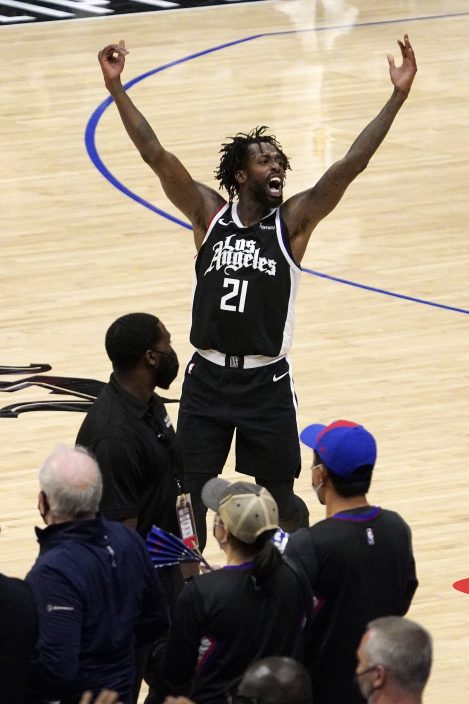 Let them be known for this now as well: No lead, against that franchise, is apparently safe.

There have been only eight instances since 1996 of a team rallying to win a playoff game after trailing by at least 25 points — and the Clippers now have three of those comebacks. 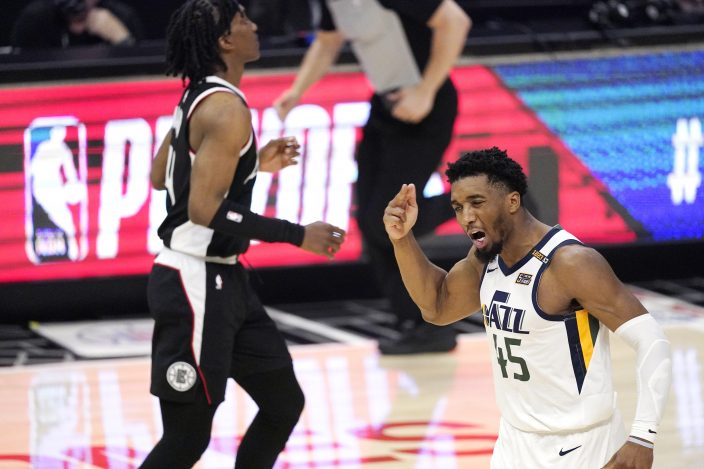 The other comebacks from 25 down in the last 25 years?

— And Wednesday, Atlanta stormed back from 26 down to beat Philadelphia 109-106.

More on the comeback front ...

This was the first week in NBA playoff history where there were four instances of a team leading by at least 10 points at halftime and losing.

The six instances of double-digit halftime deficits turning into wins in these playoffs (when adding New York’s comeback from 13 down to top Atlanta on May 26 and Utah’s erasing of a 13-point deficit to beat the Clippers on June 8) is an NBA record.

There won’t be an NBA playoff game on July 4, and there won’t be one on July 13 — when Major League Baseball has its All-Star Game.

The conference finals will be of the every-other-day variety. The West series between Phoenix and the Clippers starts Sunday, with Game 7, if necessary, coming July 2. The East series starts Wednesday, with Game 7 possible July 5.

The NBA Finals will begin July 6 or July 8; it will be July 6 unless the East title series goes seven games. There will be finals games on July 8, July 11 and July 14 under all scenarios. No matter when the series begins, Game 6 would be July 20 and Game 7 would be July 22.

That means Game 7 would be one day before the opening ceremony of the Tokyo Olympics.

Here’s an oddity for this 3’s-are-wild era in the NBA: Through two rounds, the number of 3-pointers made will dip from last season.

Slightly. But it’s a dip nonetheless.

Through 65 games in Rounds 1 and 2 entering Saturday, teams had combined for 1,676 3-pointers. That’s 99 less than the record first-two-rounds total they made last season in 66 games before the conference finals.

Unless the Game 7s of 76ers-Hawks and Nets-Bucks see a combined 100 3-pointers made — possible though highly unlikely — this will be the first time since 2012 that the number of 3s made in the first two rounds isn’t a record-setting total.

There is at least one 3-point record from these playoffs to note, however: Utah’s Donovan Mitchell made 36 3-pointers in the West semifinals against the Clippers. That breaks the single-series record, set by Portland’s Damian Lillard — who had 35 in Round 1 this season against Denver.

There have been eight instances of someone making at least 30 3s in a playoff series, and five of those have come in the last two seasons.

The other three instances are from Golden State’s sharpshooting duo of Stephen Curry and Klay Thompson; Curry had 32 and Thompson had 30 against Oklahoma City in the 2016 West finals, and Curry followed that by making 32 more in the NBA Finals that season against Cleveland.

Philadelphia’s Seth Curry, Steph’s brother, could join the 30-or-more club Sunday. He’s made 28 in the first six games of the 76ers’ East semifinal series against Atlanta.

If Philadelphia doesn’t win Sunday, this would become only the second year since 1973 — when the NBA began seeding for the playoffs by conference — when neither No. 1 seed will make the conference finals.

The 76ers are the No. 1 seed in the East this season. West No. 1 seed Utah was eliminated by the Clippers.