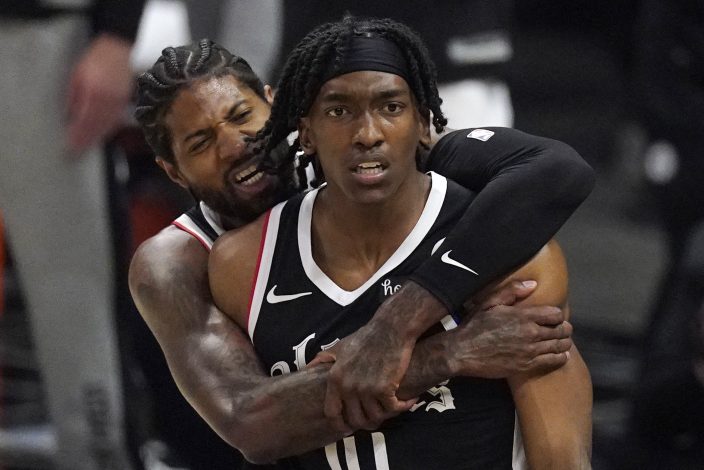 Storyline: The Suns are seeking their first NBA Finals trip since 1993, the Clippers their first in franchise history. Phoenix has been preparing this week without All-NBA point guard Chris Paul (health and safety protocols) and the Clippers haven’t said yet if they expect All-NBA forward Kawhi Leonard — who hurt his knee against Utah — to be back in this series. The irony is thick, in that the Clippers and Paul spent six years together and now one will make the finals without the other.

Key matchup: Phoenix’s Devin Booker vs. the Clippers’ Paul George. The Clippers just couldn’t guard Booker in the three regular-season games; they fouled him 11 times in a Jan. 3 matchup and 26 times total in the series. And while they’ll talk about Terence Mann’s Game 6 explosion against Utah for years, the Clippers know that George will have to be elite if he — and they — are going to get to the NBA Finals for the first time.

Injury watch: Paul has been in the NBA’s health and safety protocols, and the Suns said Saturday that he remains in them so his status — at least for Game 1 — is murky. Leonard’s knee has been diagnosed as a sprain, though the Clippers have said more tests were pending and haven't provided much in the way of updates since. And the Clippers’ Serge Ibaka (back) is done for the rest of the season.

Numbers of note: The Suns have won seven consecutive games, matching their longest streak of the season. The last time they won more in a row was their 8-0 run inside the NBA’s restart bubble last summer. ... The Clippers won the last four games of their West semifinal series with Utah — the first four-game postseason winning streak in franchise history. They’d won three straight on two other occasions. ... George averaged 32.3 points in the three games against the Suns this season, shooting 61% on 3-pointers and getting 53% of his points from beyond the arc. ... This is the fifth trip to the conference finals for Clippers reserve guard Rajon Rondo. ... Paul has appeared in 119 playoff games without reaching the finals. That’s the fifth most in NBA history; Paul Millsap has played in 129 without a finals game, Al Horford has 124, Joe Johnson and Steve Nash 120 each. ... Booker is averaging 27.9 points and Suns center Deandre Ayton is shooting 72% in the playoffs. ... Phoenix’s Jae Crowder has four technicals so far in the postseason. Players must sit a game when they reach seven.

Prediction: The Clippers are finally here, getting to the conference finals for the first time and ousting Utah without Leonard in the final games of the series. The Suns will have home-court edge and a week of rest before Game 1. The Clippers’ toughness will test Phoenix, but in the end it’ll be Paul, Booker and coach Monty Williams finding a way. Suns in 7.