Rhys Hoskins broke out a 2 for 40 slump with a pair of home runs and a career-best six RBIs, leading the Philadelphia Phillies over the San Francisco Giants 13-6 on Saturday.

Ronald Torreyes also homered and drove in three runs as the Phillies won at San Francisco for the second time in nine games since 2018.

Bryce Harper doubled and scored. Alec Bohm had three of Philadelphia's 16 hits and had two RBIs. 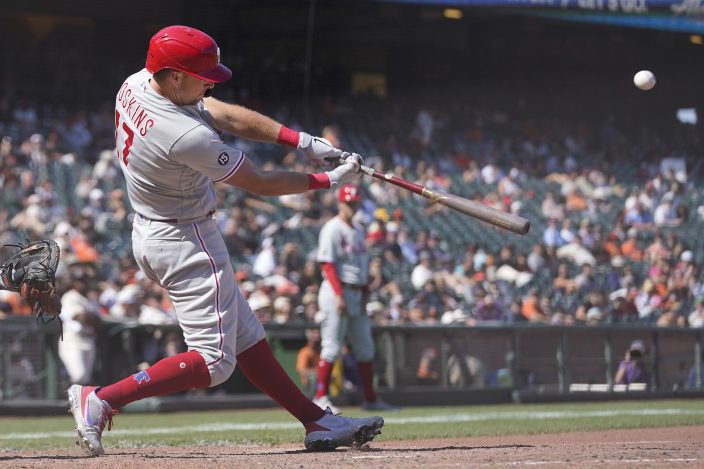 Brandon Belt and Mike Yastrzemski homered for San Francisco. The were four lead changes in the first three innings before Philadelphia pulled away.

Torreyes broke a 6-all tie with a leadoff home run against Jarlin García (0-2) in the sixth.

Hoskins hit a two-run homer off Alex Wood in a the second, a 435-foot drive to left, had an RBI double in the sixth and a three-run homer against Coner Menez in the seventh, Hoskins' 15th home run this season. 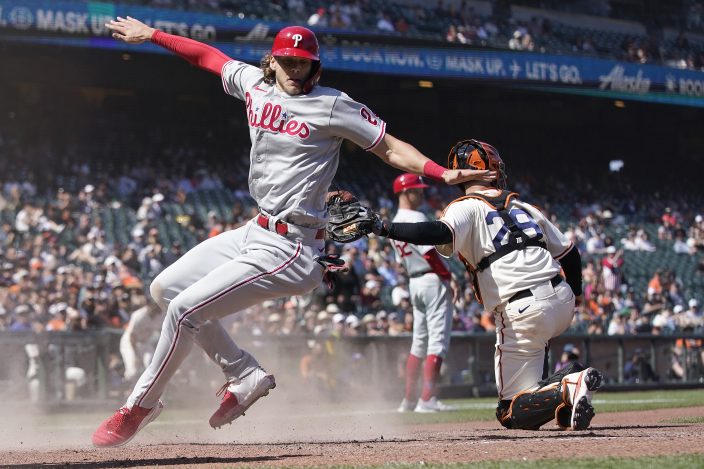 Hoskins has three multi-homer games this season after achieving the feat twice during a three-day stretch in April.

Belt homered for the second consecutive day and became the second player in Giants history with 10 or more home runs into McCovey Cove, trailing only Barry Bonds' 35. 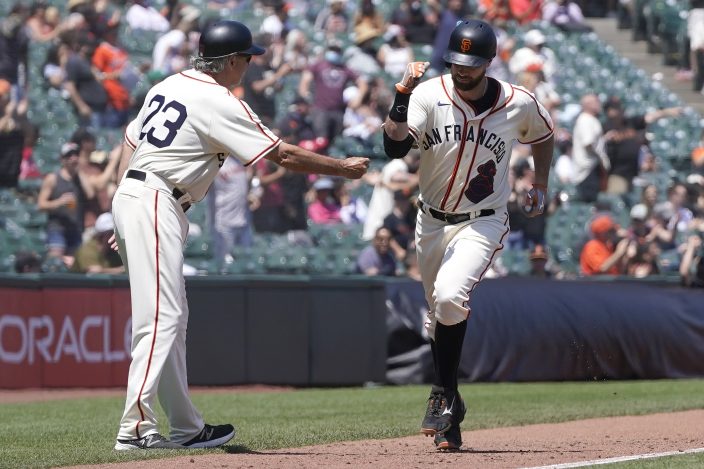 San Francisco Giants' Brandon Belt, right, is congratulated by third base coach Ron Wotus after hitting a home run against the Philadelphia Phillies during the third inning of a baseball game in San Francisco, Saturday, June 19, 2021. (AP PhotoJeff Chiu)

Yastrzemski hit a two-run homer in the first off Aaron Nola, who allowed six runs, six hits and three walks in 2 1/3 innings. 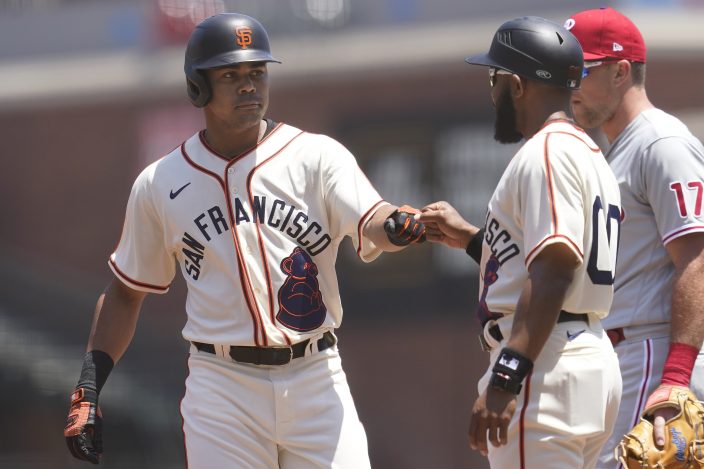 Phillies: C Andrew Knapp was placed on the seven-day concussion injured list after taking a foul ball off his facemask Friday. OF Matt Joyce was put on the 10-day IL with a lower back strain.

Giants: OF Alex Dickerson and INF Darin Ruf began rehab assignments with Triple-A Sacramento. “We’ll see how many at-bats they need to feel good and then we’ll gdt them out of there,” manager Gabe Kapler said. … C Buster Posey is expected to get a planned day off Sunday. … RHP Aaron Sanchez will pitch for Sacramento on Tuesday. Sanchez was pulled from his previous outing because of a blister on his right middle finger. 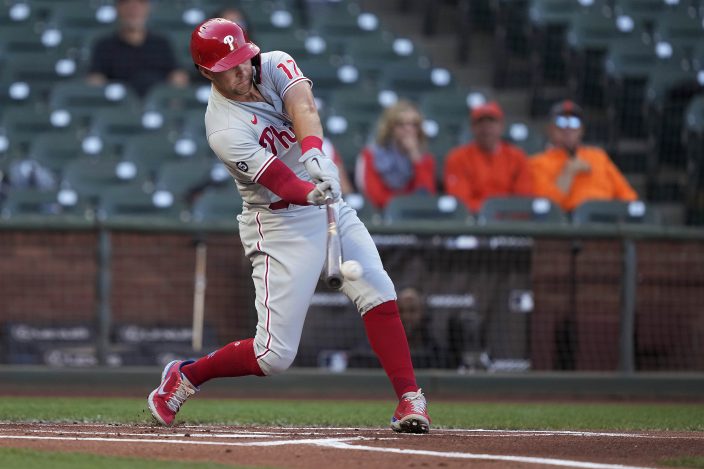 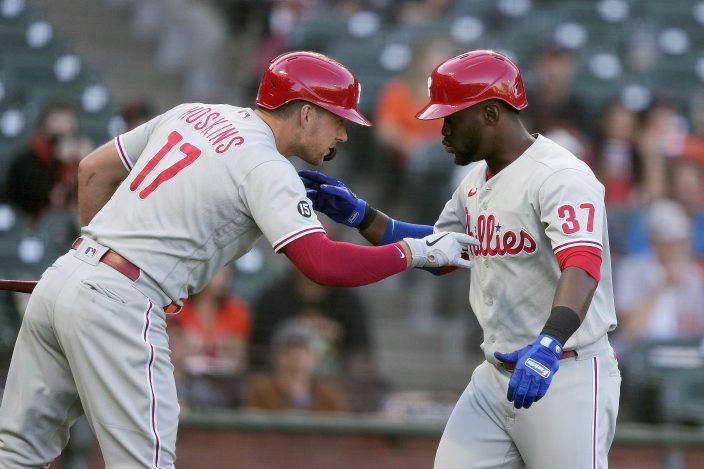 Philadelphia Phillies' Odubel Herrera (37) is congratulated by Rhys Hoskins (17) after hitting a solo home run against the San Francisco Giants during the first inning of a baseball game Friday, June 18, 2021, in San Francisco. (AP PhotoTony Avelar)