The latest on U.S. Track and Field Olympic trials (all times PDT):

Garrett Scantling leads the decathlon after five events at the U.S. Olympic track and field trials. 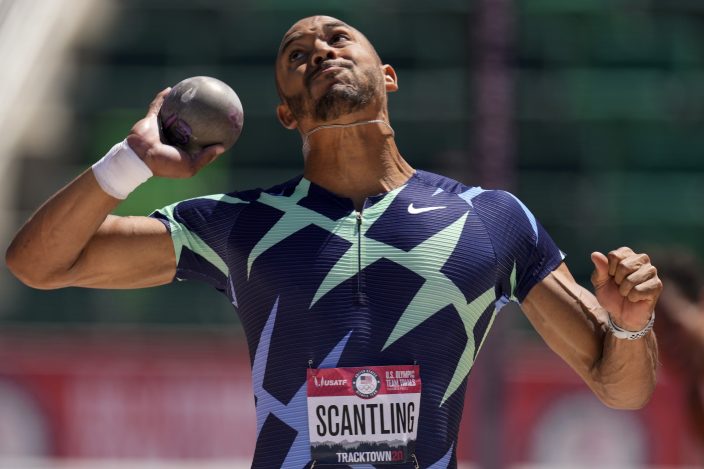 At the 2016 Olympic trials, Scantling wound up in fourth place. He retired before returning for another shot. Scantling got off to a good start with a personal- best 10.53 seconds in the 100 meters.

The final events Sunday include the 110 hurdles, discus, pole vault, javelin and 1,500.

Scantling and Harrison Williams are currently the only ones in the competition with the Olympic standard mark. Williams finished the first day in sixth.

Six more trips to Tokyo are up for grabs on Day 2 of U.S. track and field Olympic trials.

Sha’Carri Richardson is the one to watch in the women’s 100. Valarie Allman comes into women’s discus finals following a meet record in qualifying.

Saturday also marks the opening day of the decathlon, and the men’s 100-meter preliminaries. In those races, Noah Lyles faces a deep field as he tries to earn one of the three spots and keep alive his quest for the 100-200 double in Tokyo.

On Day 1 of the trials, Ryan Crouser broke a 31-year-old shot put world record in the finals. It sets up what could be one of the best showdowns in track and field: Crouser, the defending Olympic champion, versus Joe Kovacs, the defending world champion, who finished second in Friday’s event.

The Latest: Felix tries for 5th Olympics on Day 3 of trials