Willy Adames had four hits, including a go-ahead two-run home run in the top of the ninth inning, and Milwaukee Brewers rallied to beat the Colorado Rockies 6-5 on Saturday night.

Adames also had three doubles and finished with three RBIs for the Brewers, who snapped a five-game skid as well as a seven-game losing streak to the Rockies.

Raimel Tapia, Yonathan Daza, Trevor Story and Ryan McMahon each had two hits and Charlie Blackmon drove in two with groundouts for the Rockies, who saw their season-high five-game winning streak snapped. Tapia extended his hitting streak to 16 games, the longest active streak in the majors.

The Rockies turned to five relievers after losing starter Austin Gomber to injury early in the game.

Tyler Kinley (1-1) allowed a one-out single to Luis Urías before Adames drove a 1-2 offering over the right-center field fence into the Rockies bullpen for his ninth home run of the season.

Josh Hader pitched a scoreless ninth, striking out the final two batters he faced for his 18th save in 18 opportunities. Trevor Richards (2-0) worked a scoreless inning in relief for the victory. 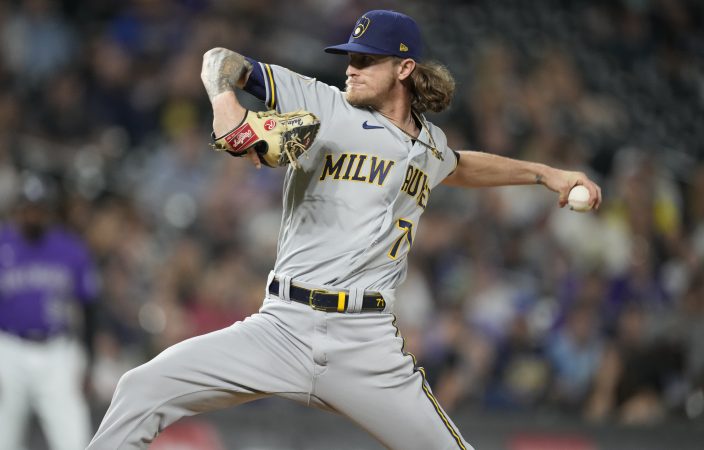 Gomber allowed two runs on four hits and had one strikeout before leaving due to left forearm tightness after pitching two innings. Both of the runs scored in the first inning, bringing an end to his streak of 23 1/3 innings without allowing an earned run at Coors Field.

Trailing 5-3 going into the top of the seventh, the Brewers pulled within a run on Avisaíl García’s RBI single off Yency Almonte.

The score was tied at 3 when the Rockies added a pair of runs in the bottom of the fifth off Milwaukee starter Adrian Houser on Blackmon’s RBI groundout and McMahon’s second hit of the night, a run-scoring single. 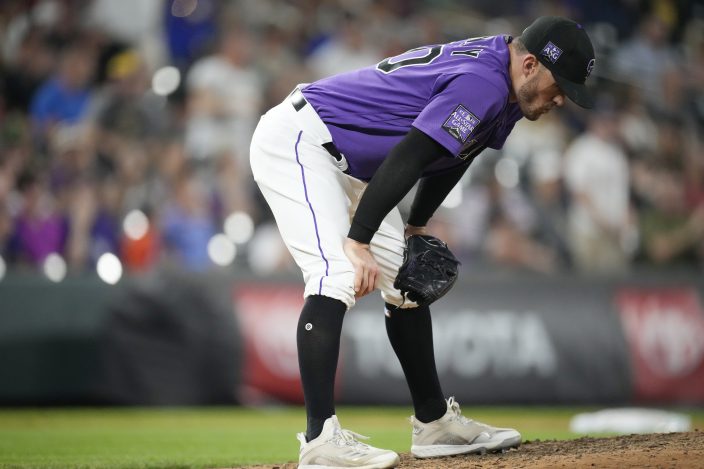 Granted clearance by state and local authorities and Major League Baseball to soon host full capacity crowds at Coors Field, the Rockies are planning to celebrate with what they have dubbed Opening Day 2.0.

Currently allowed to host 75% capacity, or 35,000, the Rockies were cleared to have a full capacity crowd of 50,000 effective Monday, June 28, when they host the Pittsburgh Pirates. The time of the game has been moved from a nighttime start to 3:10 p.m. to help accommodate the full pomp and ceremony that comes with Opening Day. 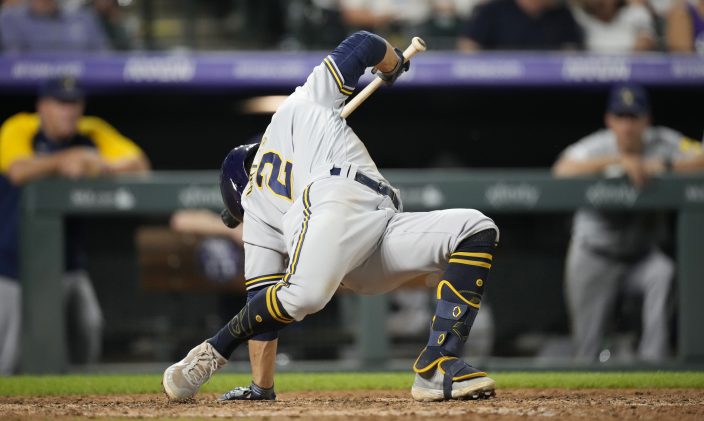 Rockies: RHP Jon Gray is scheduled to make a rehab start Sunday with the team’s Triple-A affiliate in Albuquerque. Gray, on the 10-day injured list with a right flexor strain, is scheduled to throw 60 to 70 pitches. He’ll be assessed by team trainers and medical staff after the outing and if all goes well, he could rejoin the Rockies rotation by the middle of next week. 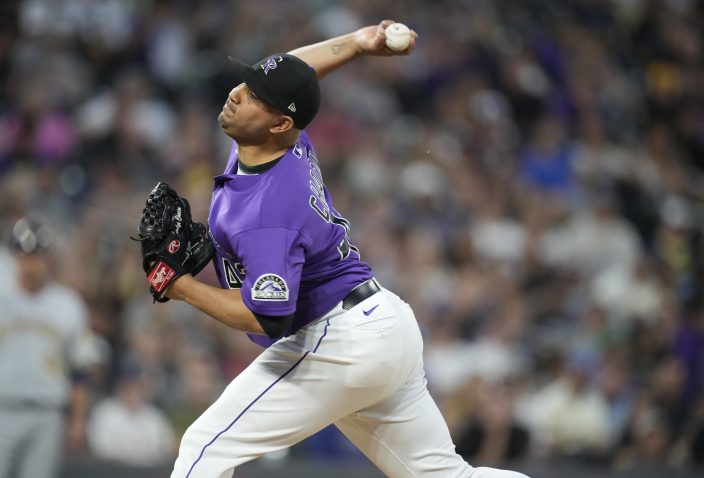 Brewers: With Milwaukee in the midst of playing 16 games in 16 days, LHP Eric Lauer (1-3, 5.18 ERA) is set to start Sunday’s series finale in Colorado. Lauer has been a sixth option in the rotation during this demanding stretch to try to alleviate the workload somewhat on the five regulars.

Rockies: RHP Chi Chi Gonzalez (2-4, 5.76 ERA) is slated to make his third start Sunday since being inserted into the rotation in place of the injured Jon Gray. He has allowed 12 runs over 11 innings in his two previous starts. 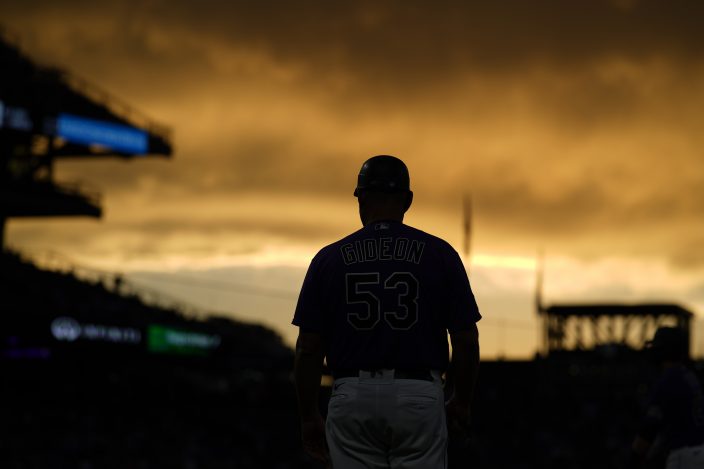 Colorado Rockies first base coach Ronnie Gideon stands on the field as the setting sun illuminates clouds during the third inning of the Rockies' baseball game against the Milwaukee Brewers on Saturday, June 19, 2021, in Denver. (AP PhotoDavid Zalubowski)