Walker Buehler had another masterful mound performance, taking a no-hitter into the eighth inning as the Los Angeles Dodgers beat the skidding Arizona Diamondbacks 9-3 on Saturday night.

The 26-year-old right-hander cruised through the Diamondbacks’ order, walking two, hitting a batter and striking out a season-best 11. He was pulled with one out in the eighth after giving up singles to David Peralta and Nick Ahmed.

Buehler breezed through the seventh, striking out Eduardo Escobar and Christian Walker before getting Stephen Vogt to ground out. But Peralta got a pitch up in the zone to start the eighth and lined a clean single into center. Buehler got a big hand from a sizable contingent of Dodgers’ fans at Chase Field in Phoenix. 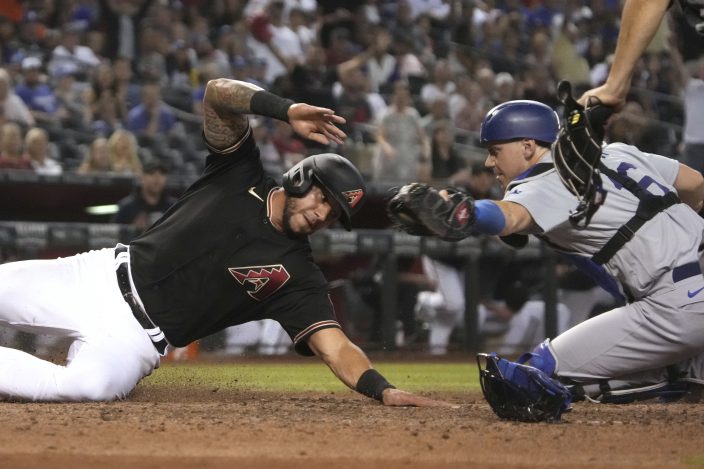 Buehler hasn't been beaten in his past 23 starts, which tied a franchise record. Kirby Higbe set the mark in 1946.

Arizona has lost a franchise-record 16 straight and dropped 39 of its past 44 games. The Diamondbacks have the worst record in the major leagues at 20-52, and they set a major league record with their 23rd straight road loss Thursday.

Matt Peacock (2-5) took the loss, giving up three runs over five innings. Kevin Ginkel and Jake Faria were both hit hard in relief, which allowed the Dodgers to build a 9-0 lead. 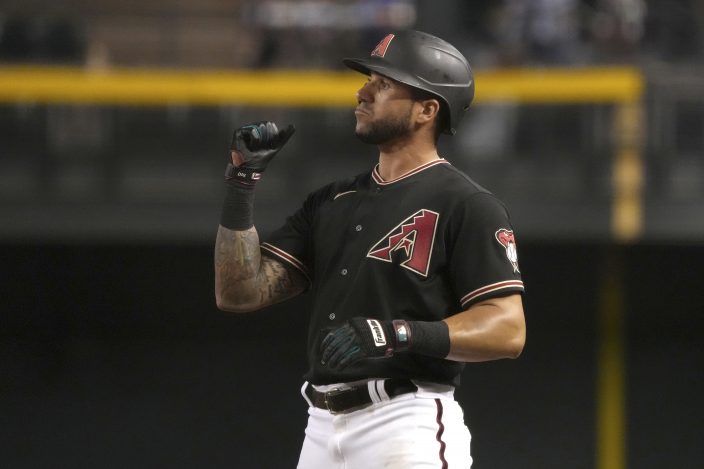 Arizona Diamondbacks' David Peralta reacts after hitting a single against the Los Angeles Dodgers during the eighth inning during a baseball game Saturday, June 19, 2021, in Phoenix. (AP PhotoRick Scuteri)

Will Smith had three hits for the Dodgers, including his eighth homer of the season. Justin Turner had three RBIs. Chris Taylor hit a two-run homer in the eighth inning.

If Buehler’s no-hitter had continued, Dodgers manager Dave Roberts might have had a tough decision: Buehler was already at 101 pitches when he gave up Peralta’s single, nearing his season-high of 105.

The Dodgers’ last no-hitter was May 4, 2018, when four pitchers combined on a 4-0 win over the San Diego Padres. Buehler started that game but was pulled after throwing 93 pitches. It was just his third big-league start. 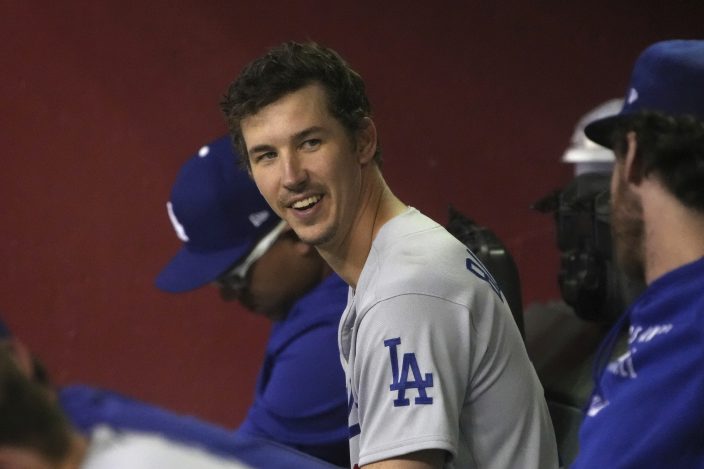 Los Angeles Dodgers pitcher Walker Buehler smiles after getting pulled during the eighth inning of the team's baseball game against the Arizona Diamondbacks, Saturday, June 19, 2021, in Phoenix. (AP PhotoRick Scuteri)

Dodgers: OF Cody Bellinger (hamstring) is expected to be activated off the injured list as early as Monday when the Dodgers face the San Diego padres. ... 1B Max Muncy (oblique) could also see action in the Padres series. He is not expected to have a rehabilitation assignment. … SS Corey Seager (hand) is expected to start a rehab assignment sometime next week. 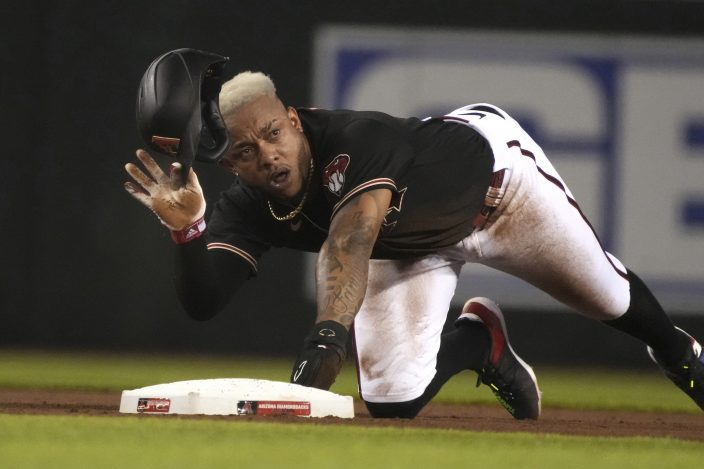 Arizona Diamondbacks Ketel Marte starts to get up after stealing second base during the fourth inning of the team's baseball game against the Los Angeles Dodgers, Saturday, June 19, 2021, in Phoenix. (AP PhotoRick Scuteri)

The two teams will conclude their three-game series on Sunday with the Dodgers sending RHP Tony Gonsolin (0-0, 3.38 ERA) to the mound. The Diamondbacks will start LHP Alex Young (2-4, 3.86). 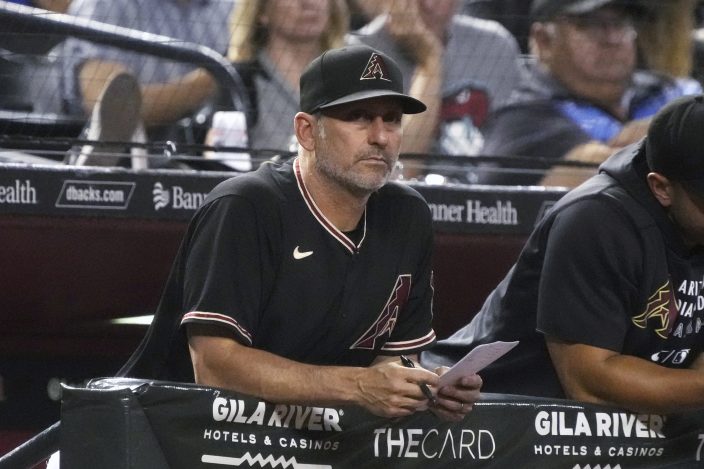 Arizona Diamondbacks manager Torey Lovullo watches from the dugout during the sixth inning of the team's baseball game against the Los Angeles Dodgers, Saturday, June 19, 2021, in Phoenix. (AP PhotoRick Scuteri) 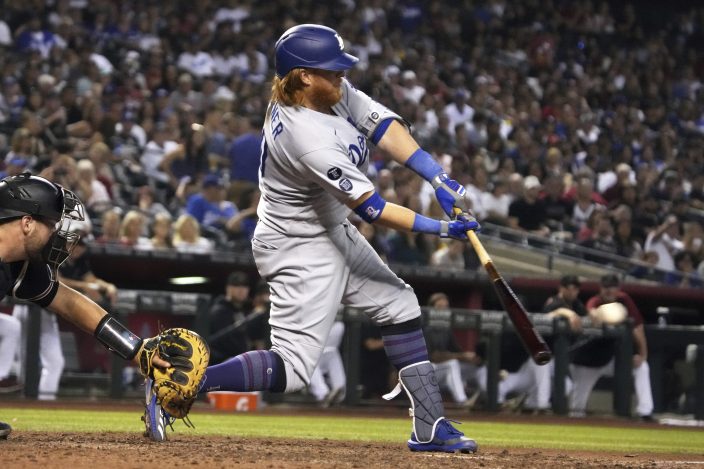