Once they could finally get off the court, the Milwaukee Bucks feasted their eyes on a welcome sight in the locker room.

The No. 8 on their board signified the number of victories remaining to win a championship, following a sweep of Miami followed by a survival against Brooklyn. 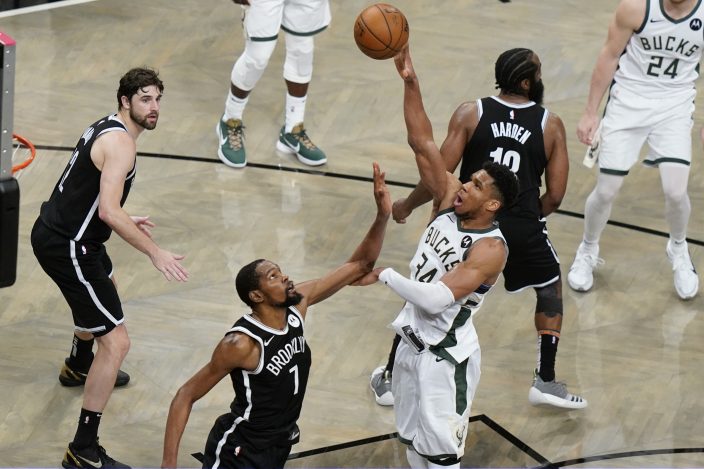 They got there by edging the Nets 115-111 on Saturday night in the first Game 7 to go overtime since 2006. Antetokounmpo had 40 points and 13 rebounds, and Khris Middleton made the tiebreaking shot with 40 seconds left in OT.

The third-seeded Bucks advanced to the Eastern Conference finals for the second time in three years. They will play either top-seeded Philadelphia or No. 5 Atlanta in a series that starts Wednesday. 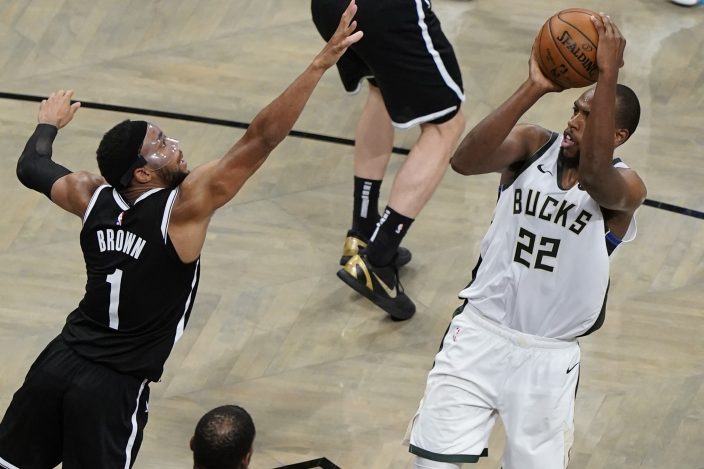 “We’re definitely proud of where we are. We put a lot of work in to get to this point," center Brook Lopez said. “But, you know, our goal this season at the beginning of the season wasn’t just to make it to the Eastern Conference finals. Obviously we want to win a championship.”

The Bucks blew a 2-0 lead last time they got to the conference finals, losing four straight to the eventual NBA champion Toronto Raptors in 2019.

They overcame that deficit this time, turning the series around after dropping Game 2 by 39 points and pulling out a deciding game that turned into a thriller. 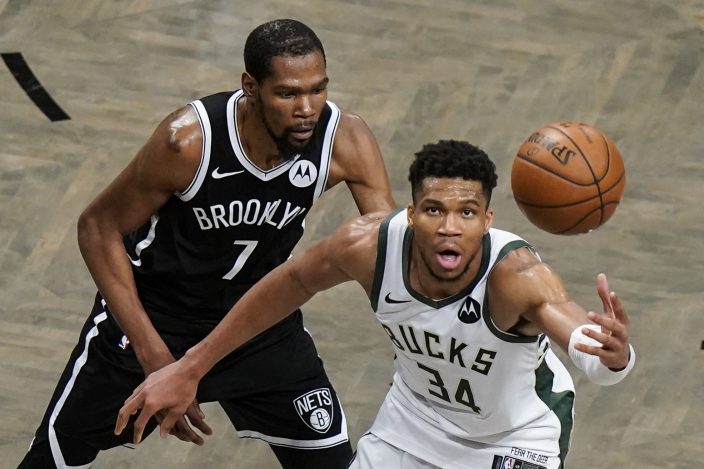 “It’s just been a heck of a series,” coach Mike Budenholzer said. "You put so much emotion and so much energy and time in it. For this group to be rewarded with a huge win in a Game 7 in overtime, it’s just a great group. You feel great for the group, great for the players.”

Antetokounmpo tied Kareem Abdul-Jabbar's franchise playoff record with five straight games of 30 points and 10 rebounds. He capped it off by becoming the first player in NBA history with at least 40 points, 10 boards and five assists in a Game 7 victory.

The Bucks had the best record in the league last season but couldn't get out of the second round. They acquired Jrue Holiday before this season to team with Antetokounmpo and Middleton, their two All-Stars, and built a team that was better prepared for the postseason.

Milwaukee is unbeaten at home in the postseason and would play there to start the next round if Atlanta wins Sunday. But even if they are on the road, the Bucks are confident in their chances.

They overcame Kevin Durant's 48 points in Game 7 and are ready for whoever comes next.

“To be able to finally get over the hump against him is pretty nice. I’m excited," forward P.J. Tucker said. "We’re just getting started, though. We’ve got a lot of work to do.”