Netherlands coach Frank de Boer has a difficult decision to make for his team's final Group C match at the European Championship.

“Do we want to keep the players in the rhythm and further refine the system, or should we rest some of the boys?” De Boer said.

He hasn't provided an answer yet. 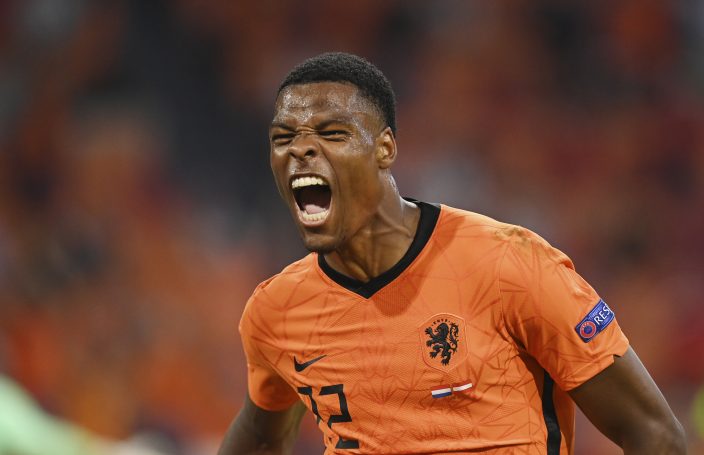 Denzel Dumfries of the Netherlands celebrates after scoring his side's second goal during the Euro 2020 soccer championship group C match between the The Netherlands and Austria at Johan Cruijff ArenA in Amsterdam, Netherlands, Thursday, June 17, 2021. (John Thys, Pool via AP)

The Dutch are already guaranteed of first place in the group after two wins and North Macedonia has already been eliminated after two losses, stripping Monday's game at the Johan Cruyff Arena of competitive significance.

De Boer said he would talk to the players and the team's performance coaches before making a decision ahead the game.

Picking the same team would hopefully ensure the players keep up the momentum they have already gathered. Swapping in some fresh blood would rest some weary legs and give the bench some playing time. 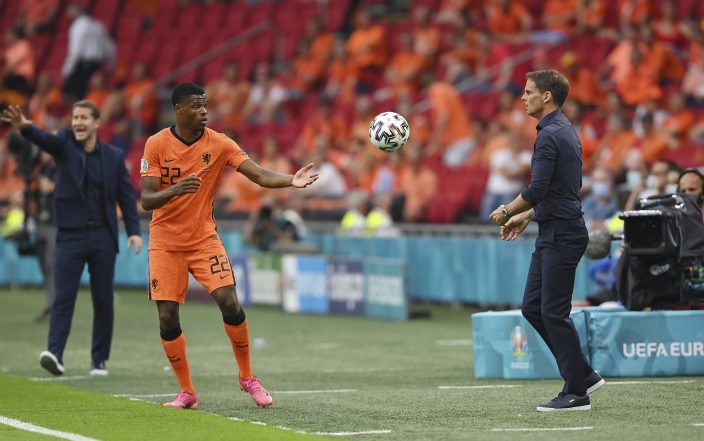 Netherlands' manager Frank de Boer, right, and Denzel Dumfries of the Netherlands during the Euro 2020 soccer championship group C match between the The Netherlands and Austria at Johan Cruijff ArenA in Amsterdam, Netherlands, Thursday, June 17, 2021. (John Thys, Pool via AP) 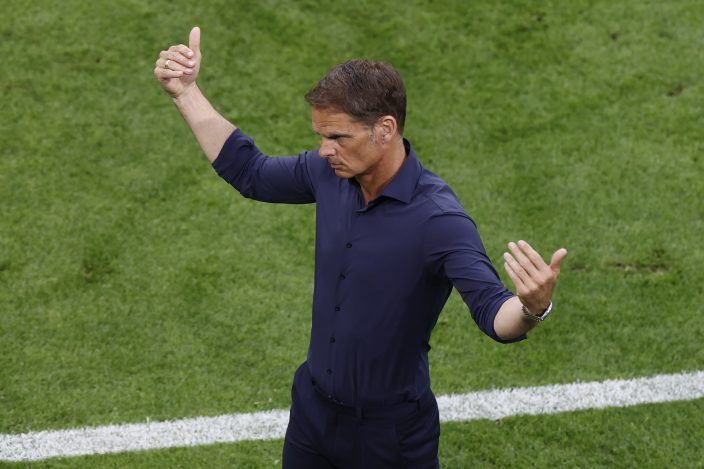 The player who has profited the most from that system is wing back Denzel Dumfries, who has scored two of the Dutch goals at the tournament and had a hand in the other three to become one of the surprise stars of Euro 2020.

The 25-year-old PSV Eindhoven player has been sprinting up and down the right flank for the Netherlands, carrying out both defensive and attacking duties.

“I just play my own game, as I always do, and I just feel really good," Dumfries said. "It’s a different system which has its positive points. It gives me a lot of space to come up, which I like. I enjoy the space on the pitch.” 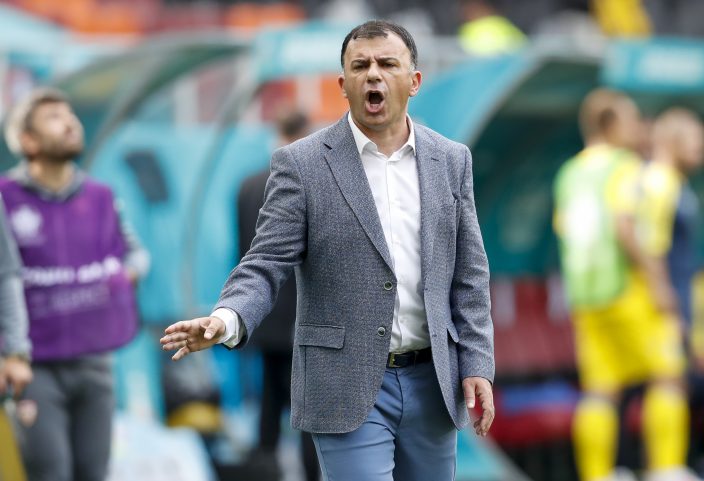 North Macedonia, which lost to Austria 3-1 and to Ukraine 2-1, will be hoping to finish the nation's first international soccer tournament on a high.

North Macedonia coach Igor Angelovski applauded the way his team came back in the second half against Ukraine after being outplayed before the break. He wants to see more of the same in Amsterdam.

“In the second half, we were the real North Macedonia," Angelovski said. “That's how we're going to play against the Netherlands."