Pope Francis on Sunday decried the suffering of refugees in Myanmar and pleaded that houses of worship be respected as neutral places to take shelter.

He told the public gathered in St. Peter’s Square for his customary Sunday noon remarks that he was joining his voice to that of the Asian nation’s bishops in also calling for humanitarian corridors.

Francis lamented that thousands of displaced people in Myanmar are “dying of hunger.” Violence, including ravaging of villages, has become endemic since the army seized power in February, ousting the elected government of Aung San Suu Kyi. 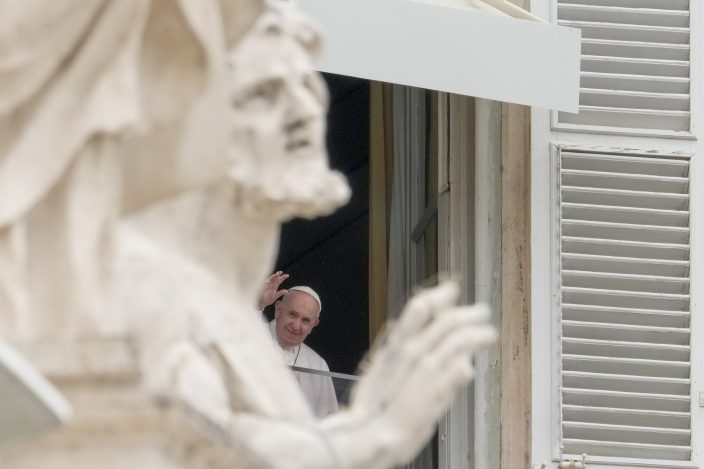 Pope Francis delivers his blessing as he recites the Angelus noon prayer from the window of his studio overlooking St.Peter's Square, at the Vatican, Sunday, June 20, 2021. (AP PhotoAndrew Medichini)

A nonviolent civil disobedience movement is challenging military rule, but the junta’s attempt to repress it with deadly force has fueled resistance.

Francis noted that Myanmar's Catholic bishops last week launched an appeal, “calling to the attention of the entire world, the heart-wrenching experience of thousands of persons in that country who are displaced and are dying of hunger.” He added he was joining the churchmen's call for humanitarian corridors to allow safe passage for those fleeing. 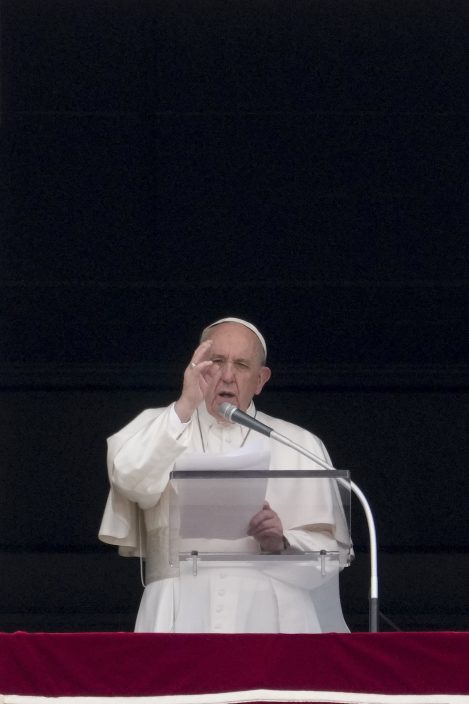 Pope Francis delivers his blessing as he recites the Angelus noon prayer from the window of his studio overlooking St.Peter's Square, at the Vatican, Sunday, June 20, 2021. (AP PhotoAndrew Medichini)

The pope then prayed for peace in Myanmar before noting that Sunday was World Refugee Day, an initiative promoted by the United Nations.

“Let's open our heart to refugees,'' the pope said. ”Let make ours their sadness and their joys, let's learn from their courageous resilience,'' Francis said.

That way, he said, “all together, we will grow a more human community, one big family.”