Goran Pandev is ready to retire from international soccer — again.

The 37-year-old Pandev said Sunday that North Macedonia's final group match at the European Championship will be his last.

“Yes, this is it for me, the last match in the jersey of Macedonia national football team,” Pandev said. “I think this is the right moment to say goodbye to the national team.” 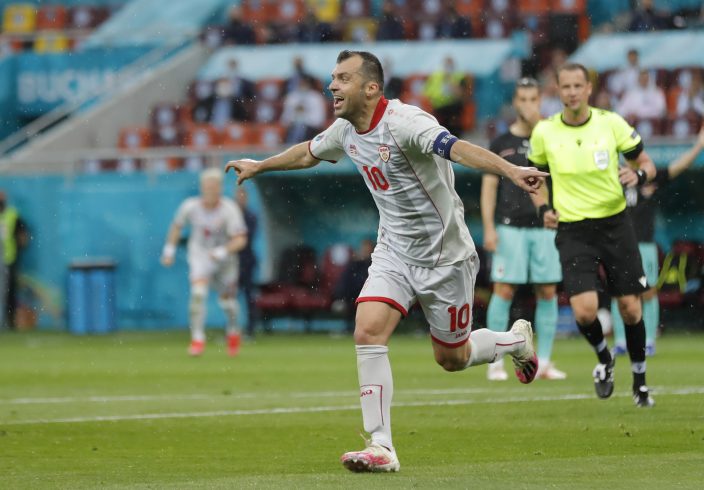 North Macedonia will face the Netherlands on Monday in Group C. The Dutch have already won the group and North Macedonia has already been eliminated.

Pandev started his international career in 2001 and has made 121 appearances for his country, scoring 38 goals.

He said he hopes the current generation of players can lead the country to next year's World Cup without him. 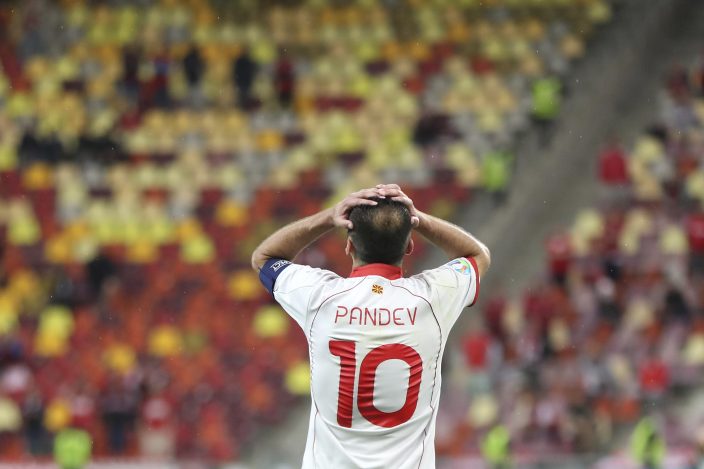 When North Macedonia coach Igor Angelovski took over in 2015, one of his key decisions was to convince Pandev come out of international retirement. Pandev then scored the goal that secured North Macedonia's place at Euro 2020 — its first major soccer tournament.

Pandev has a knack for scoring significant goals.

At Euro 2020, he became the second oldest scorer at a European Championship with his goal against Austria. Ivica Vastic holds the record. The Austrian was 38 when he scored against Poland at Euro 2008.

And in March, Pandev scored North Macedonia's opening goal in a 2-1 victory over Germany, the Germans' first loss in a World Cup qualifier in 20 years.

After being scouted and signed by Inter Milan when he was 18, Pandev has spent almost his entire club career in Italy.

He was a part of the Inter team that became the first Italian club to win the treble in 2010, claiming the Serie A title, the Italian Cup and the Champions League. Among other teams, he also played for Lazio, Napoli and, since 2015, Genoa.

He now wants to use the stage of the European Championship to bow out of international soccer.