No team has been more resilient in the NHL playoffs than the Tampa Bay Lightning.

The reigning Stanley Cup champions are 12-0 in games following a postseason loss since the start of their title run last year. That ability to bounce back is about to be tested again by the New York Islanders.

With the semifinal series between the teams tied at two games apiece, playoff veterans Tyler Johnson and Victor Hedman are confident the Lightning will respond with a strong performance in Game 5 at Amalie Arena on Monday night. 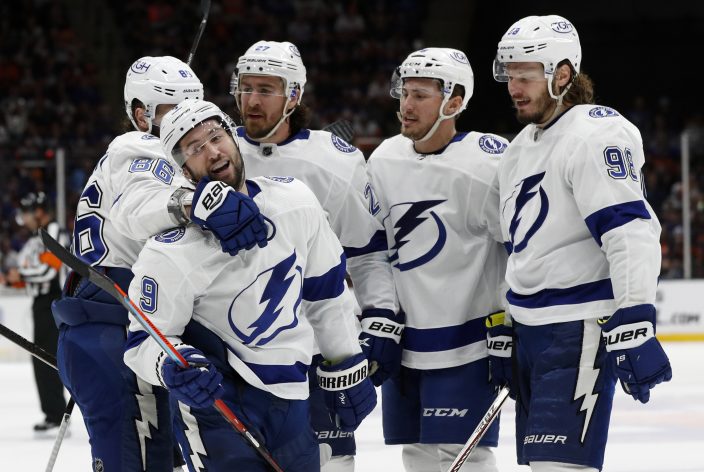 New York has already exhibited some fortitude of its own, rebounding from losing Games 2 and 3 to even the best-of-seven series with a 3-2 victory on Saturday. The Islanders also erased series deficits by winning Game 4s the previous two rounds.

“Now it’s the best of three. You have to look ahead, you have to move forward,” Johnson said after the Islanders scored three second-period goals, then held off a furious Tampa Bay comeback to avoid moving to the brink of elimination.

“We have to learn from our mistakes and play well a full 60 minutes,” said Johnson, who had a third-period goal Saturday. “We got the home ice back. We’ve got to use it to our advantage.” 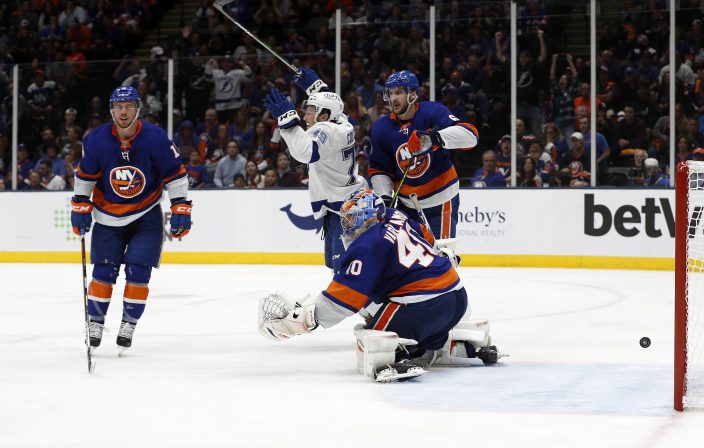 Game 6 is Wednesday night at Nassau Coliseum in Uniondale, New York. Game 7, if necessary, would be back in Florida on Friday.

“This is what we expected, 2-2 going back’’ to Tampa for Game 5, Islanders coach Barry Trotz said. “Best of three now.”

The Lightning, in the NHL’s final four for the fifth time in seven years, look to build on a response that began after New York scored three times in the second period to build a 3-0 lead on Saturday night.

Johnson and Brayden Point scored in the third for Tampa Bay, and Ryan McDonagh was denied a potential overtime-forcing goal in the closing seconds when Islanders defenseman Ryan Pulock made a diving, game-saving stop.

The defending champs haven’t lost consecutive playoff games since being swept by Columbus in the first round in 2019. They’ve won six straight postseason series and haven’t been pushed beyond six games in any of them, including a 4-2 victory over the Islanders in last year’s Eastern Conference final.

This year’s series has a distinctively different feel for New York, which won Game 1 on the road and is deadlocked through four games after trailing Tampa Bay the entirety of the 2020 semifinals played in the NHL bubble in Edmonton, Alberta.

“There’s still a long way. We’ve got to stay focused,” Martin added. “We’re a mature group. We’ve got to keep playing the way we’re playing, stick to our identity and that’s going to give ourselves a chance to win the series.”

The Lightning have plenty of experience, too. And they’ve proven they know how to lean on it when challenged.

Since the start of last year’s championship run, Tampa Bay has only faced one series deficit — after losing the opening game of this series at home.

“Guys have been in these situations before. They know what’s at stake. You kind of focus game by game. We don’t focus on the series itself,” forward Pat Maroon said.

“We focus on the task at hand, and the job at hand, at that moment,” added Maroon, a two-time Stanley Cup champ who also won with the St. Louis Blues two years ago. “Guys do a good job. Adjustments are made, and the players kind of buckle up when they need to, and play the right way when they need to.”