Then again, the Yankees ace — like many around the game — isn't entirely sure what's going to happen.

“I don’t have a lot of expectations, to be honest,” Cole said. “I think I’m in the same boat as everyone else, just waiting for this to play out.” 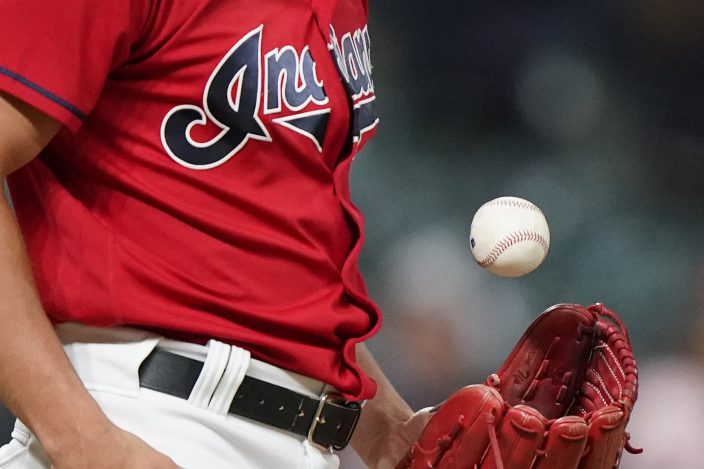 Beginning Monday, pitchers will be ejected and suspended for 10 games if caught using foreign substances to doctor baseballs. Such grip aids — ranging from a tacky mix of rosin and sunscreen to heavy duty concoctions designed for use in strongman competitions — have long been illegal, but the ban has rarely been enforced.

That changes this week. Major and minor league umpires will make regular checks of all pitchers, even if opposing managers don't request inspections — a shift ordered by the commissioner's office and shared with teams via memo on Tuesday.

Umpires will check all starters multiple times and all relievers either at the end of his first inning or when removed, whichever occurs first. Caps, gloves and fingertips will be checked. Umps also may check when they notice sticky balls or when they perceive a pitcher going to his glove, cap, belt, uniform or body in a manner that may be to retrieve or apply a substance. 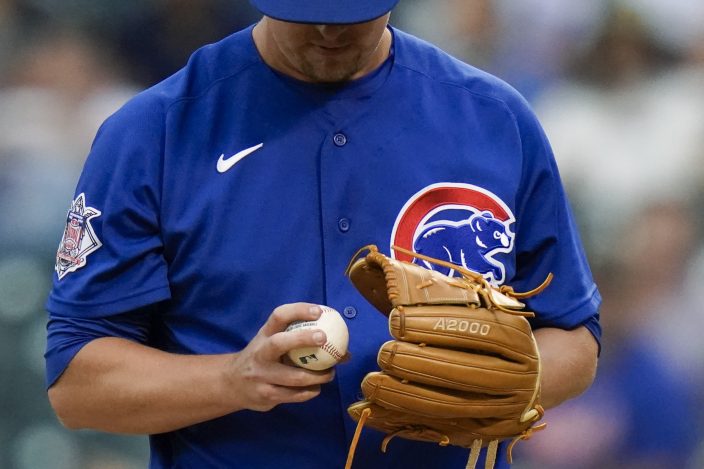 “It definitely will be probably a little awkward,” Cubs manager David Ross said Sunday. “But we’ll get through it, adjust.”

Players suspended for violations will not be replaced on the active roster. Catchers will also be subject to routine inspections and position players may be searched, too.

“I’m curious like everyone of what its going to look like,” Yankees manager Aaron Boone said. “Are we going to have frisking going on, what that whole process is going to look like? Are guys trying to get away with things? Certainly that'll be part of it." 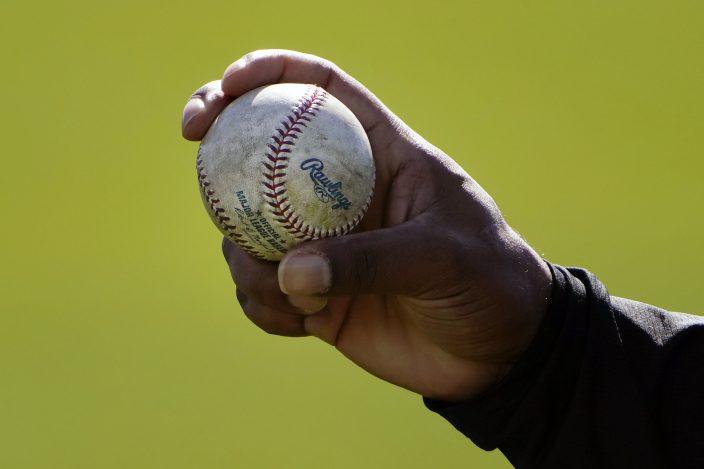 FILE - A Colorado Rockies pitcher shows his grip to a teammate during a spring training baseball workout in Scottsdale, Ariz., in this Wednesday, Feb. 24, 2021, file photo. Pitchers will be ejected and suspended for 10 games for using illegal foreign substances to doctor baseballs in a crackdown by Major League Baseball that will start June 21. The commissioner’s office, responding to record strikeouts and a league batting average at a more than half-century low, said Tuesday, June 15, 2021, that major and minor league umpires will start regular checks of all pitchers, even if opposing managers don’t request inspections. (AP PhotoJae C. Hong, File)

“There are probably going to be things we need to continue to iron out,” Cole added.

The perception is that pitchers have gone wild with sticky stuff in recent seasons as high speed cameras have enabled them see the way it enhances spin. The league boosted monitoring of baseballs at the start of this season and found enough evidence of wrongdoing to proceed with a midseason adjustment.

The sticking point for pitchers isn't that MLB wants to crack down — it's the hastiness of the uptick. 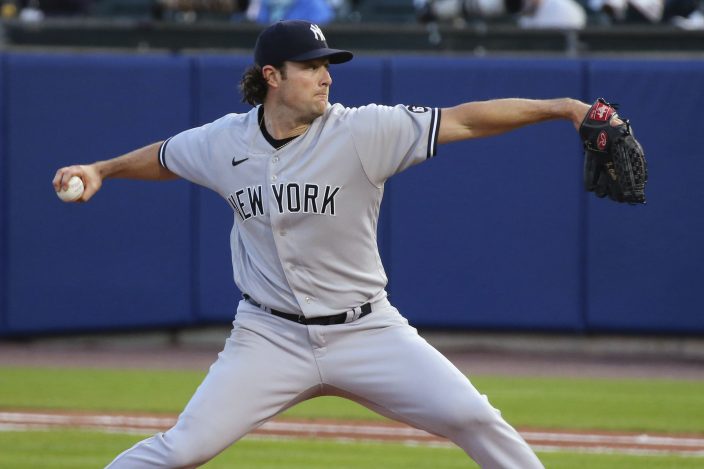 Tampa Bay pitcher Tyler Glasnow, diagnosed Tuesday with a partially torn elbow ligament, attributed his injury to adapting ahead of stepped up enforcement. He called the sudden shift “insane” and “ridiculous.”

At a news conference Wednesday, Cole pleaded with the league to better communicate with players. Cole — a suspected user of sticky stuff — said he supports a leveling of the playing field, but also claimed that baseballs have become so slick, even position players are using grip enhancers to control their throws.

There are several alternatives to a full-blown ban MLB could consider down the road, including tackier baseballs or the approval of a controllable substance for use by all pitchers.

For now, pitchers will be punished for anything and everything, leading to concern about an overcorrection.

“The interpretation of things that when a guy has rosin on his hand, and he rubs it on his head and his hat turns white,” Tigers manager A.J. Hinch said Saturday as an example. “We can’t be running out 10 different hats left and right."

Cole — a member of the players' union executive subcommittee — said talks between players and the league have been a touch smoother since Tuesday’s memo, but there’s a lot that remains uncertain. For instance, what happens if a pitcher wears sunscreen for an outdoor day game and comes in contact with the rosin bag?

Or, as Cole wondered, how tacky are legally rosined fingers supposed to feel, anyway?

“I’ve had one or two questions that have been clarified,” Cole said. “Other people have brought up good questions, not just from the players, from the umpires as well. And in some regards, the league has got out in front of some of those things, as well. There’s just kind of a litany of things.”

Even before Monday's mandate, there's evidence the threat of a crackdown has already given pitchers pause.

Over the past week, the ratio of spin-to-velocity has dropped to 23.9, on par with measurements from the 2015 season, according to MLB Statcast data. The league also had the lowest strikeout rate (22.5%) and walk rate (8.2%) of any week this season.

“The numbers in the last week or so looks like maybe some spin rates are going down,” A's manager Bob Melvin said. “Yeah, I would expect everybody to adhere to it.”

The average was .247 in June prior to Sunday's games, lifting the season average to .239.