Reese McGuire had three doubles during a four-hit performance, leading Hyun Jin Ryu and the Toronto Blue Jays past the Baltimore Orioles 7-4 Sunday.

Toronto, which snapped a five-game skid by erasing a three-run deficit with two outs in the ninth inning Saturday on the way to a 10-7 victory, won in less stressful fashion in the series finale. The Blue Jays claimed their first set since sweeping two games from Miami on June 1-2.

Trey Mancini homered twice for Baltimore, which has dropped 10 of its last 11 and is an American League-worst 23-48. 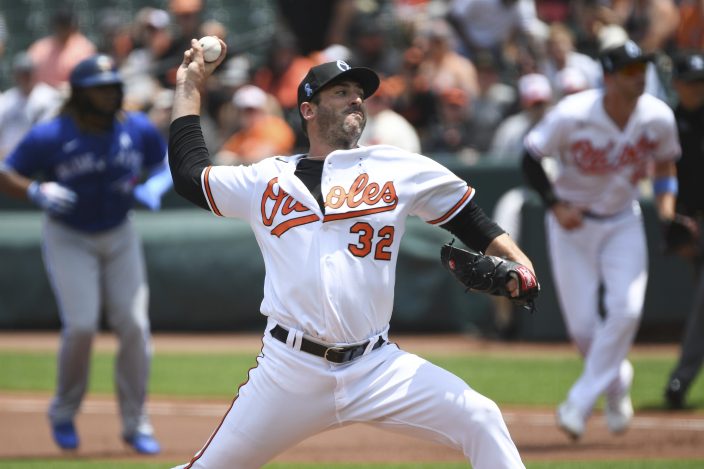 Ryu (6-4) breezed through seven innings aside from Mancini’s solo shot in the first. Ryu gave up three hits and walked one while striking out four and retiring 17 of the last 18 batters he faced.

Ryu is 2-0 with a 0.95 ERA in three starts against Baltimore since joining the Blue Jays last season.

Baltimore closed within 6-4 on Pedro Severino’s solo homer and Mancini’s two-run drive --- the 100th home run of his career --- off Trent Thornton in the eighth. 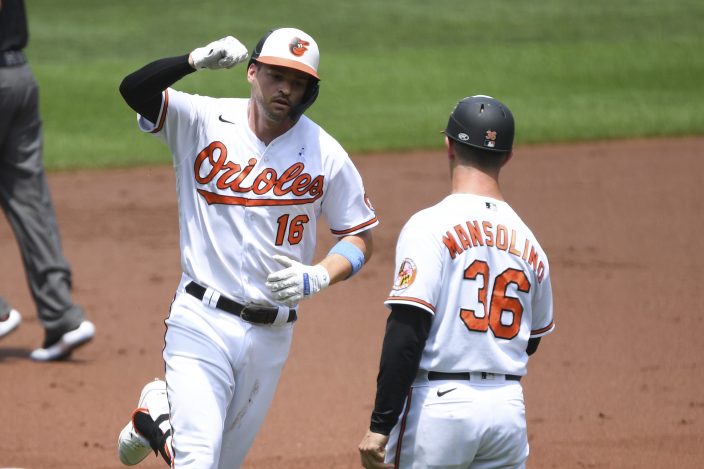 Tyler Chatwood handled the ninth for his first save since 2019 and the Blue Jays’ first since May 30.

Toronto got to Baltimore starter Matt Harvey (3-9) in the fifth inning. Bo Bichette’s one-out RBI single tied it at 1 and, after a walk, Teoscar Hernández’s double gave the Blue Jays the lead. Randal Grichuk and Cavan Biggio followed with RBI singles to make it 4-1 and end Harvey’s afternoon.

Harvey allowed four runs on nine hits in 4 1/3 innings and struck out five. He is 0-8 with an 11.49 ERA in nine starts since May 7, and has not completed five innings once in that span. 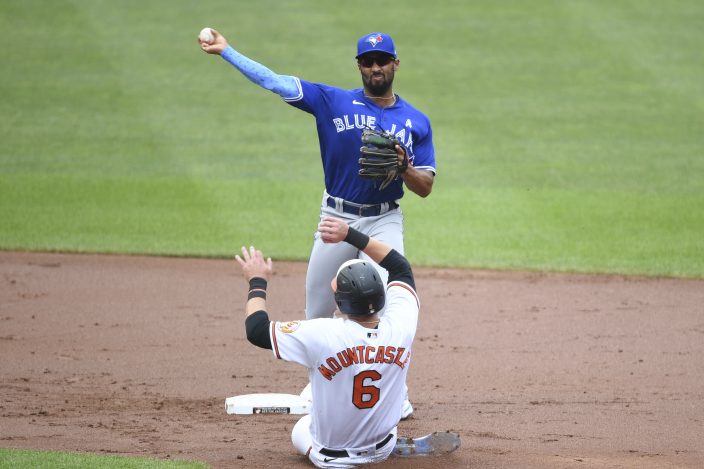 McGuire drove in a run on a double in the eighth, then scored on Bichette’s single. He added an RBI single in the ninth.

Blue Jays: Toronto reinstated Hernández from the paternity list and optioned OF Jared Hoying to Triple-A Buffalo. Hoying was 0 for 3 in two games with the Blue Jays. … General manager Ross Atkins said LHP Steven Matz (COVID-related) has thrown up to 70 pitches and could rejoin the Blue Jays this week in Miami. .... LHP Ryan Borucki (forearm flexor strain) has thrown off a mound, while RHP Julian Merryweather (oblique strain) could do so soon. … RHP Rafael Dolis (middle finger strain) threw a bullpen session Saturday.

The Orioles announced a crowd of 14,917, their largest of the season. Baltimore, which expanded to full capacity on June 1, had its second-largest crowd of 2021 on Friday when it drew 13,284.

Blue Jays: Toronto has Monday off. The Blue Jays begin a two-game series at Miami on Tuesday and have yet to announce a starter.

Orioles: LHP Keegan Akin (0-2, 5.76 ERA), who threw a career-high 5 2/3 innings at Cleveland on Wednesday, draws the start as Baltimore opens a three-game series Monday against Houston.