Alex Palou believed his car had enough speed to outduel Josef Newgarden in the final few laps at Road America.

An unexpected mechanical issue for Newgarden made the task much easier.

Palou sailed past Newgarden on a restart with two laps remaining to win Sunday’s race and move back atop the IndyCar points standings. It marked the third consecutive race a Team Penske car dominated but did not win because late cautions altered what seemed to be certain victories. 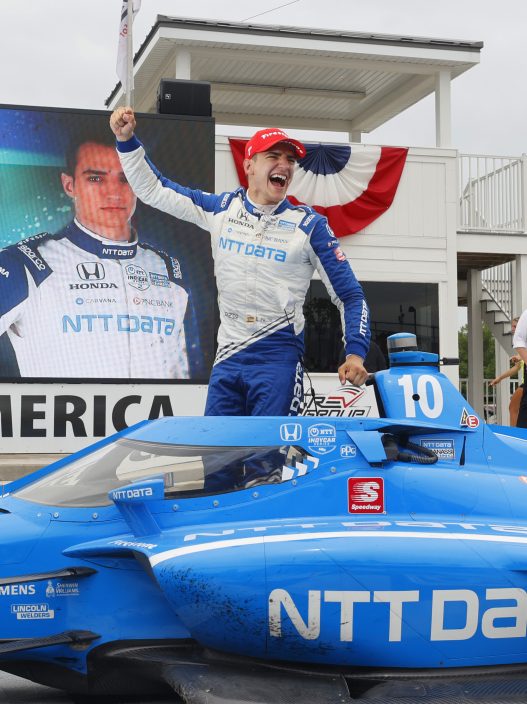 “We started struggling compared to Josef,” Palou said. “He was super fast. He was flying. But by the end I was able to be there with him, so I think we had the faster car at the end. I knew that we had a bit better straight-line speed.”

The victory gives Palou a 28-point lead over Pato O’Ward, who finished ninth in Sunday’s race. Palou entered the weekend trailing O’Ward by one point. 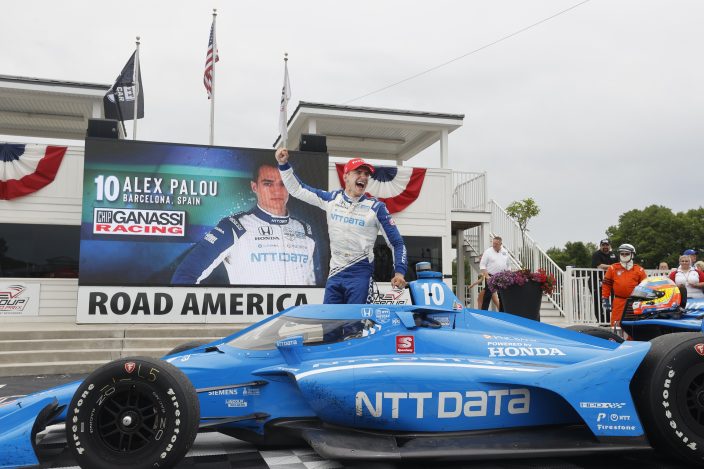 “There’s a lot of movement on points,” Palou said. “It’s going to keep it going until the last race, I think.”

Newgarden started from the pole and led 32 of the 55 laps until Ed Jones’ spin brought out the yellow with four to go. Newgarden got a good jump on the restart but Palou dipped left and sped around him for the lead.

Newgarden had a mechanical problem and plummeted from the lead to a 21st-place finish. 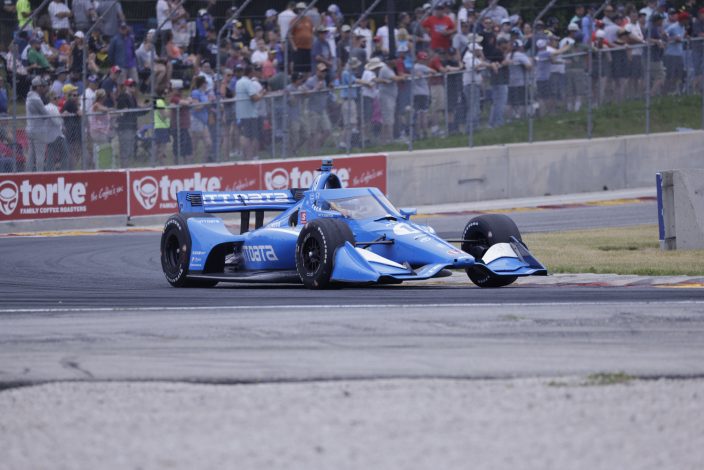 Newgarden has led 99 of 125 laps the last two IndyCar races but doesn’t have a win to show for it. He was denied a victory a week ago in Detroit when O’Ward ran him down following another late restart.

“Obviously its disappointing for all of us. I know we had a great car,” Newgarden said. “We had a rocket ship. I think we have fast cars, its just not working out right now. But now we will claw. We will claw our way back. This is not what I was planning for this day.” 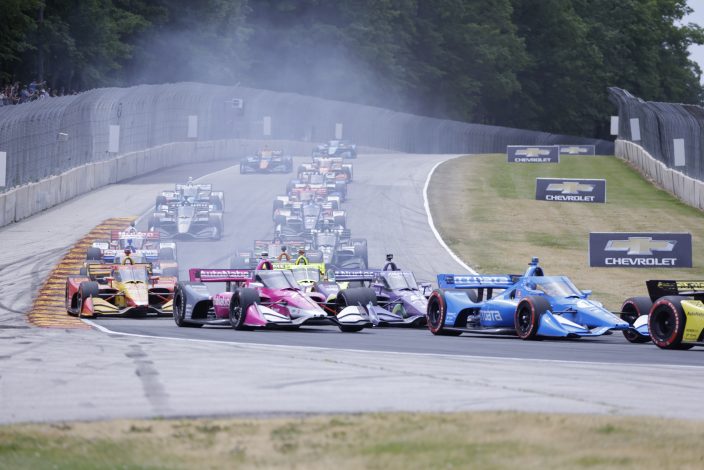 The driver who led the most laps has not won in IndyCar the last six races, and Team Penske is still seeking its first victory of the year through nine races. It’s the deepest into a season Penske has gone without a victory since going winless in 1999.

“I can’t believe the luck having as a team right now. It blows my mind,” said Penske driver Power.

It was the second consecutive weekend a mechanical problem doomed Team Penske. Power lost the first race of last weekend’s doubleheader in Detroit because his car wouldn’t start after a late red flag. 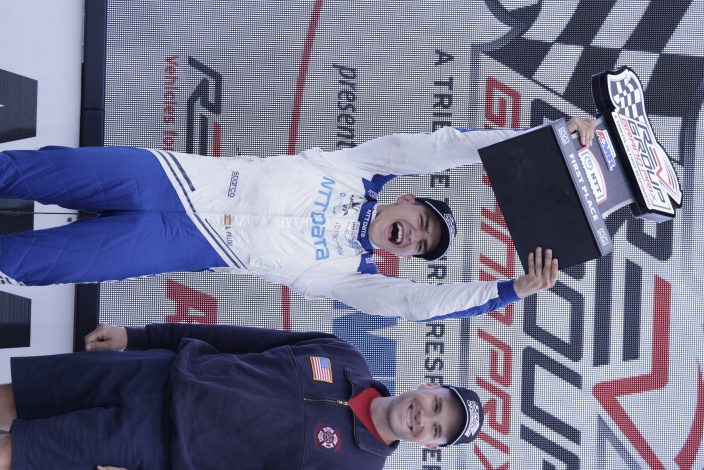 "I don’t know what his was this time, but unbelievable. Maybe it wouldn’t have happened if there wasn’t a restart. You don’t know.”

Palou became the first Chip Ganassi Racing driver other than Scott Dixon to win multiple races in a season since Dario Franchitti in 2011. Palou earned his first career win in the season opener at Barber Motorsports Park in Alabama.

Cody Shane Ware, who typically competes in NASCAR, finished 19th in his IndyCar debut. Kevin Magnussen, Grosjean's teammate in Formula One until both were released at the end of last season, was 24th in his IndyCar debut. The Danish driver was the replacement for Rosenqvist, who now drives for Arrow McLaren SP and was injured last week in a crash at Detroit.

“I’m going to leave here with a big smile on my face although we didn’t finish the race due to a mechanical issue,” Magnussen said. "I’ve had a very fun experience and want to say thank you to everyone involved.”

Oliver Askew was 12th as the injury replacement for Rinus VeeKay, who broke his collarbone Monday when fell of his bicycle during a training ride. VeeKay was fifth in points before missing Sunday's race and is now sixth in the standings.