The Latest on U.S. track and field trials (all times PDT):

Allyson Felix will try to make her fifth Olympics on Sunday at U.S. track and field trials.

The 35-year-old mom is running in the finals of the women's 400 meters, where the top three finishers will punch their tickets to Tokyo. 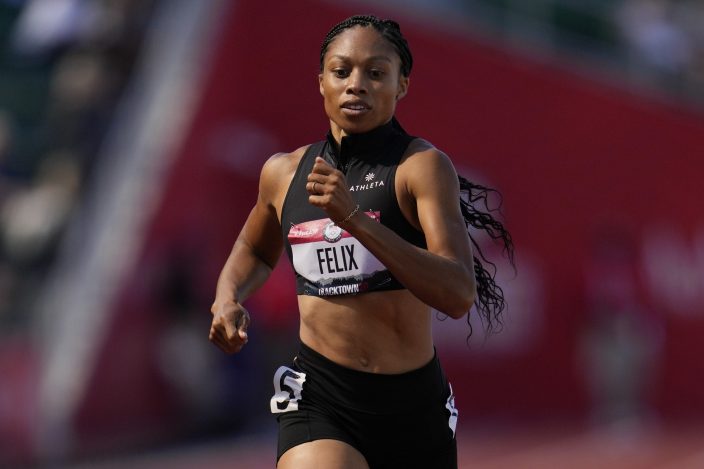 There are 21 other spots up for grabs on a busy night in Eugene. Other finals include the men's 100 meters, the women's 100 hurdles, men's hammer throw, women's high jump and triple jump, men's 400 and the decathlon.

Among those also seeking spots are 39-year-old Justin Gatlin, who could make his fourth Olympic team with a top-three finish in the 100, and hurdler Brianna McNeal, who is being allowed to run at trials while she appeals a doping ban for missing tests.

The Latest: Scantling takes lead after Day 1 of decathlon