It was San Diego’s first-ever four-game sweep of the Reds and their first of any team since Aug. 18-21, 2011, against the Marlins.

The Padres regained their stride in this series after losing 13 of their previous 17 games, including being swept by lowly Colorado at the end of a 1-5 trip. 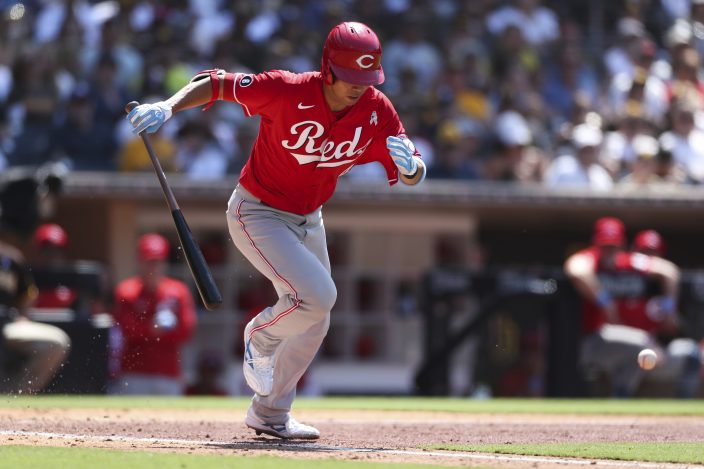 Padres star shortstop Fernando Tatis Jr. sat out a day after reinjuring his left shoulder in a 7-5 win. It was not known whether Tatis will be back by Monday night's opener of a three-game home series against the rival Los Angeles Dodgers.

Tatis watched from the dugout as his replacement, rookie Kim Ha-seong, deftly started a double play with the bases loaded to end the seventh. Kim made several other nice plays at shortstop. On Saturday, three innings after replacing Tatis, Kim hit a go-ahead, two-run homer with two outs in the eighth.

Kim ended the game with an over-the-shoulder catch of Jesse Winker's fly ball to shallow center. 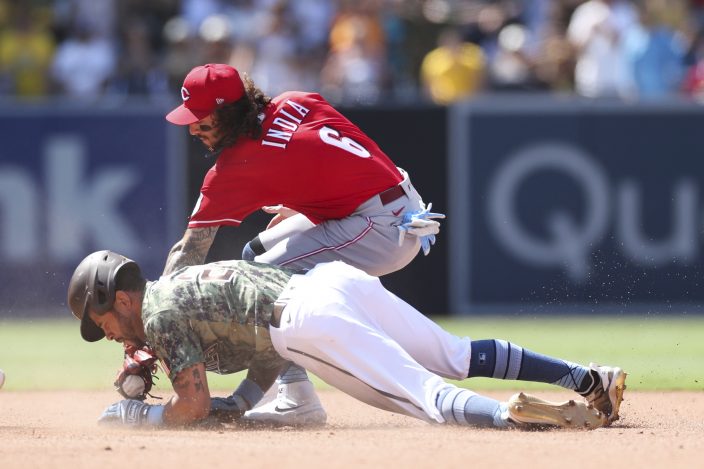 Right-hander Dinelson Lamet (2-2) held the Reds to four hits in five scoreless innings, struck out a season-high seven and walked one.

Mark Melancon pitched the ninth for his 21st save, tops in the big leagues.

Myers is heating up after struggling for weeks. His triple off Luis Castillo (2-10) in the third was his fifth extra-base hit in three games. He had two home runs in an 8-2 win Friday night. 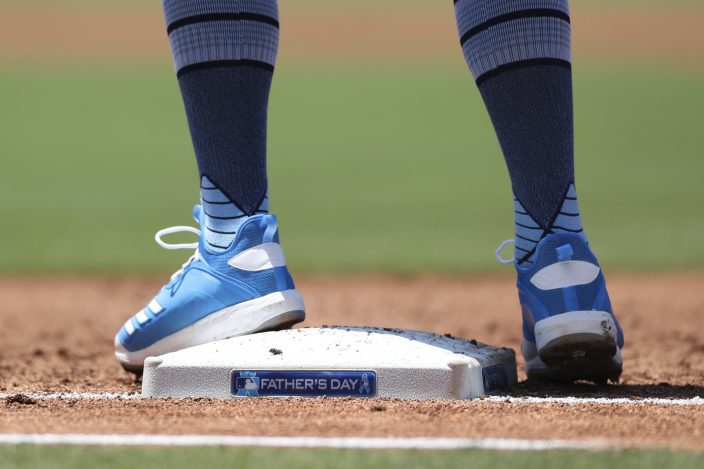 Myers provided Lamet all the run support he needed in the third against Luis Castillo. Manny Machado singled with one out, Jake Cronenworth laid down a sacrifice bunt and Eric Hosmer walked before Myers tripled into the right field corner. Myers scored on Joey Votto's errant throw to third.

San Diego failed to add on in the fourth despite having runners at second and third with no outs. Kim drew a leadoff walk and hustled from first to third on Victor Caratini's single to center. But Castillo struck out Lamet and got Trent Grisham to hit into a double play.

The Reds scored twice in the eighth against Emilio Pagan, with the runs coming on groundouts after the reliever allowed Winker's leadoff single and a double by Tyler Stephenson.

Padres: RHP Yu Darvish (6-2, 2.57) is scheduled to start Monday night in the opener of a three-game home series against the rival Los Angeles Dodgers, who will counter with LHP Julio Urias (9-2, 3.54).