Laurel Hubbard hefted 628 pounds (185 kilograms) in two lifts on the way to qualifying in the women’s super-heavyweight division for the Tokyo Olympics.

That's heavy. But it's nowhere near the figurative weight Hubbard has carried to become the first transgender athlete to compete at an Olympic Games.

Hubbard was among five weightlifters confirmed Monday in New Zealand's team for Tokyo. At 43, she will also be the oldest weightlifter at the games, and will be ranked fourth in the competition on Aug. 2 for women 87 kilograms (192 pounds) and over. 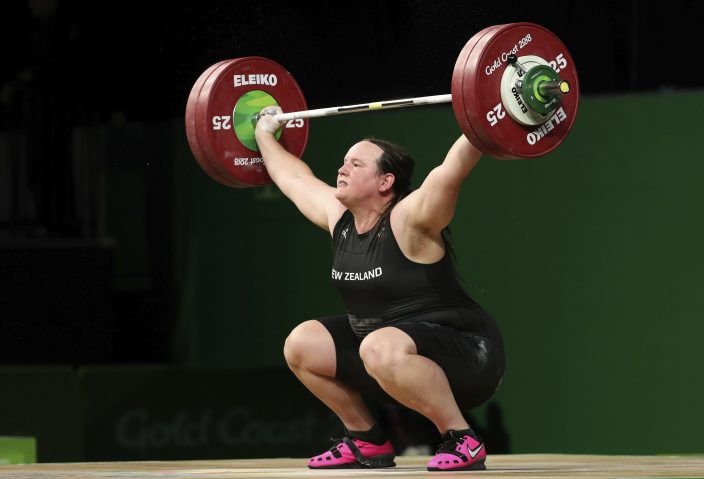 FILE - In this April 9, 2018 file photo, New Zealand's Laurel Hubbard lifts in the snatch of the women's +90kg weightlifting final at the 2018 Commonwealth Games on the Gold Coast, Australia. Hubbard will be the first transgender athlete to compete at the Olympics. Hubbard is among five athletes confirmed on New Zealand's weightlifting team for the Tokyo Games. (AP PhotoMark Schiefelbein,File)

Hubbard won a silver medal at the 2017 World Championships and gold in the 2019 Pacific Games in Samoa. She competed at the 2018 Commonwealth Games but sustained a serious injury that set back her career.

“I am grateful and humbled by the kindness and support that has been given to me by so many New Zealanders,” Hubbard said in a statement. “When I broke my arm at the Commonwealth Games three years ago, I was advised that my sporting career had likely reached its end. But your support, your encouragement, and your aroha (love) carried me through the darkness.

“The last eighteen months has shown us all that there is strength in kinship, in community, and in working together towards a common purpose. The mana of the silver fern comes all of you and I will wear it with pride." 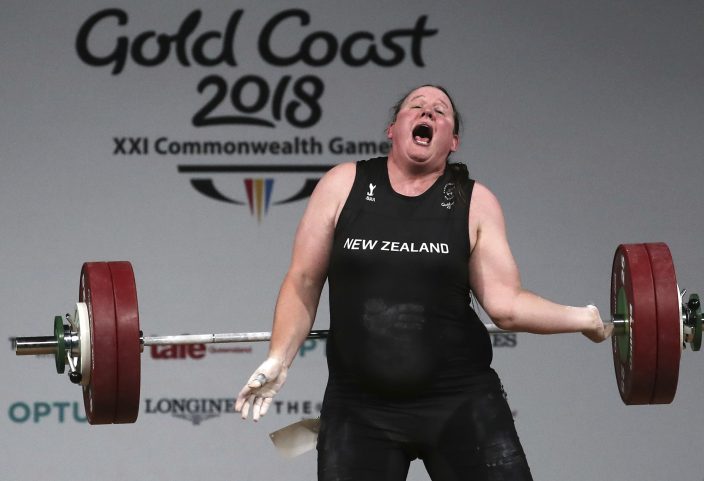 In this April 9, 2018 photo, New Zealand's Laurel Hubbard reacts after failing to make a lift in the snatch of the women's +90kg weightlifting final at the 2018 Commonwealth Games on the Gold Coast, Australia.Hubbard will be the first transgender athlete to compete at the Olympics.Hubbard is among five athletes confirmed on New Zealand's weightlifting team for the Tokyo Games. (AP PhotoManish Swarup, File)

The additional burden Hubbard has had to carry is that her efforts have made her a flashpoint in the debate around the fairness of trans athletes competing in women’s events. She has faced anger, scorn and ridicule, and has been directly criticized by some opponents.

Competing as Gavin Hubbard, her birth name, Hubbard set national records in junior competition and had a best, combined snatch and clean and jerk total of 300 kilograms (661 pounds).

Hubbard transitioned eight years ago at the age of 35. She has since met all of the requirements of the International Olympic Committee’s regulations for trans athletes and fair competition. 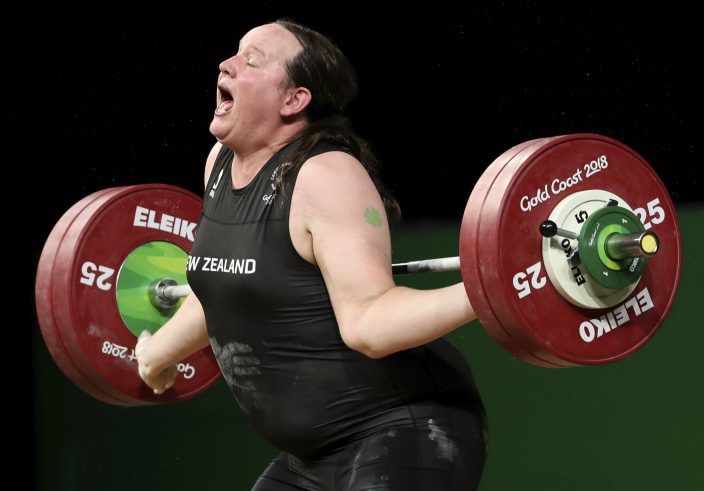 FILE - In this April 9, 2018 file photo, New Zealand's Laurel Hubbard reacts after failing to lift in the snatch of the women's +90kg weightlifting final at the 2018 Commonwealth Games on the Gold Coast, Australia. Hubbard will be the first transgender athlete to compete at the Olympics. Hubbard is among five athletes confirmed on New Zealand's weightlifting team for the Tokyo Games.(AP PhotoMark Schiefelbein,File)

The IOC policy specifies conditions under which those who transition from male to female are eligible to compete in the female category.

Among them is that the athlete has declared that her gender identity is female and that the declaration cannot be changed, for sporting purposes, for a minimum of four years.

The athlete must also demonstrate that her total testosterone level is below a specific measurement for at least 12 months prior to her first competition.

The IOC policy also states: “the overriding sporting objective is and remains the guarantee of fair competition.”

Yet some within the weightlifting community argue the policy does not guarantee fair competition. The determining criteria — a maximum reading of 10 nanomoles per liter of testosterone — is as least five times more than a biological woman.

Belgium's Anna Vanbellinghen, who will likely compete against Hubbard, said the New Zealander's presence would be “like a bad joke” for women competitors.

“I am aware that defining a legal frame for transgender participation in sports is very difficult since there is an infinite variety of situations and that reaching an entirely satisfactory solution, from either side of the debate, is probably impossible,” Vanbellinghen has said. “However, anyone that has trained weightlifting at a high level knows this to be true in their bones: this particular situation is unfair to the sport and to the athletes.

“Life-changing opportunities are missed for some athletes — medals and Olympic qualifications — and we are powerless. Of course, this debate is taking place in a broader context of discrimination against transgender people and that is why the question is never free of ideology.”

Similar sentiments have been expressed by other athletes and weightlifting officials, who claim Hubbard has a natural advantage in terms of physiology and strength.

But New Zealand Olympic Committee chief executive Kereyn Smith said it's clear Hubbard has met all the criteria to compete in Tokyo.

“We acknowledge that gender identity in sport is a highly sensitive and complex issue requiring a balance between human rights and fairness on the field of play," Smith said. "As the New Zealand Team, we have a strong culture of manaaki (hospitality) and inclusion and respect for all.

"We are committed to supporting all eligible New Zealand athletes and ensuring their mental and physical wellbeing, along with their high-performance needs, while preparing for and competing at the Olympic Games are met.”

In 2017, she explained her approach to the criticism she faces on sporting and moral grounds to the New Zealand news website Stuff.

“All you can do is focus on the task at hand and if you keep doing that it will get you through,” Hubbard told Stuff. “I’m mindful I won’t be supported by everyone but I hope that people can keep an open mind and perhaps look at my performance in a broader context.

“Perhaps the fact that it has taken so long for someone like myself to come through indicates that some of the problems that people are suggesting aren’t what they might seem.”