Louis Oosthuizen spent the week before the U.S. Open moving to the horse country in North Florida, where he bought an 86-acre ranch.

Once the family moves into the ranch house next spring, Oosthuizen plans to buy some horses, maybe some cattle, enjoy life among the oak trees and open fields.

It will be the perfect place for the self-described farm boy to retire. 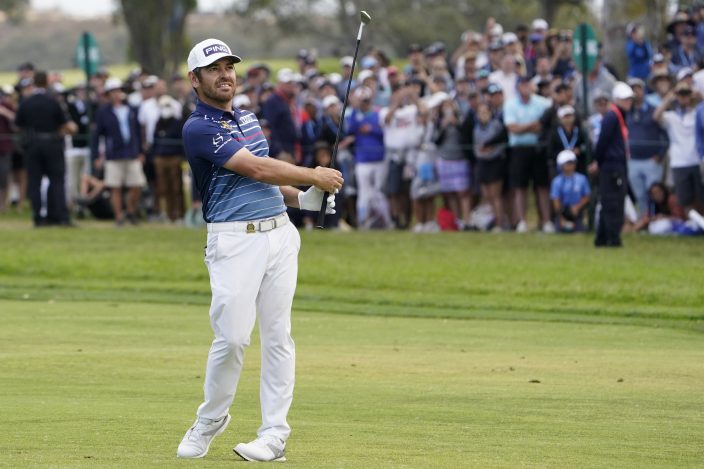 Oosthuizen just isn't ready yet. He still believes he can contend in major championships and proved it at the U.S. Open.

A canyon-sized stumble tripped up his chances in another agonizingly close major championship run.

Oosthuizen finished second in a major for the sixth time, losing to Jon Rahm by a shot after pulling his tee shot on Torrey Pines' 17th hole in the final round of the U.S. Open on Sunday. 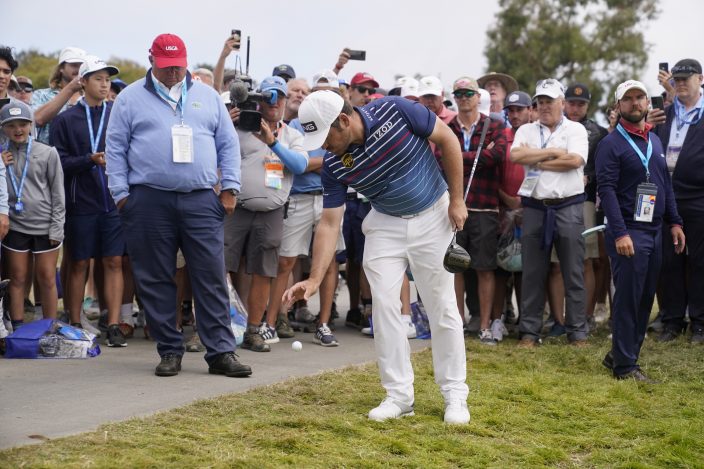 Louis Oosthuizen, of South Africa, drops the ball on the 14th fairway during the final round of the U.S. Open Golf Championship, Sunday, June 20, 2021, at Torrey Pines Golf Course in San Diego. (AP PhotoJae C. Hong)

“I feel like I had my shots,” Oosthuizen said. “I went for it and that’s what you have to do to win majors. Sometimes it goes your way and other times it doesn’t.”

Oosthuizen seems to play his best at the majors, his syrupy swing and easygoing nature a perfect fit under the pressure. He won the 2010 British Open in a rout and has consistently put himself in position to win majors.

Oosthuizen just can't seem to get over that last hurdle since winning at St. Andrews 11 years ago. 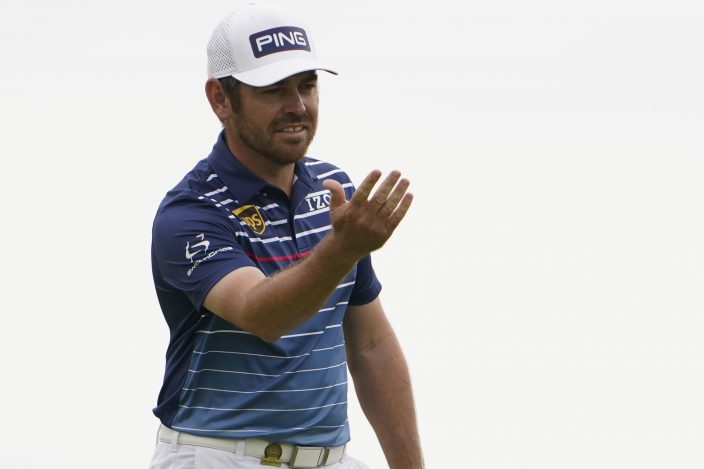 Louis Oosthuizen, of South Africa, reacts after missing his birdie putt on the 14th green during the final round of the U.S. Open Golf Championship, Sunday, June 20, 2021, at Torrey Pines Golf Course in San Diego. (AP PhotoJae C. Hong)

He lost in a playoff at the 2012 Masters when Bubba Watson boomeranged a wedge from the pine straw and around the trees on the 10th hole. Oosthuizen lost another playoff at the 2015 Open Championship when he missed a 12-foot birdie putt that would have forced sudden death against Zach Johnson.

Oosthuizen lost by a shot to Jordan Spieth at the 2015 U.S. Open and by two to Justin Thomas at the 2017 PGA Championship. He proved he can still contend in majors at 38 just last month, tying for second behind Phil Mickelson at the PGA Championship.

Oosthuizen again found himself in the mix on a brutally-tough Torrey Pines. The South African shot a 4-under 67 in the opening round, 71 in the second and snaked in a 50-foot eagle putt on No. 18 to share the lead lead after three rounds. 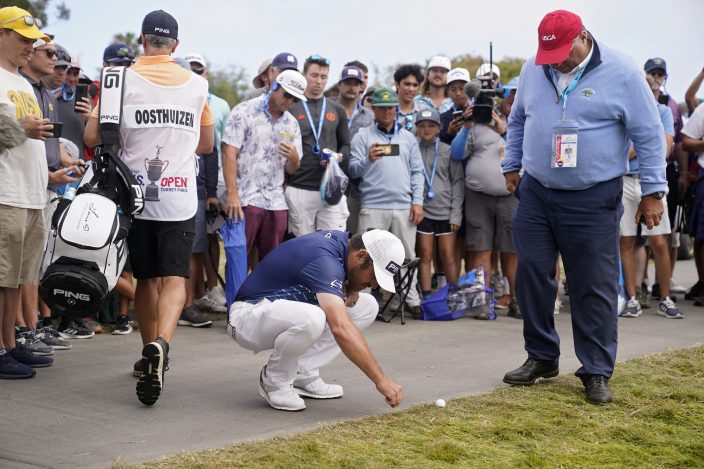 Louis Oosthuizen, of South Africa, gets a ruling from an official on his ball placement on the 14th fairway during the final round of the U.S. Open Golf Championship, Sunday, June 20, 2021, at Torrey Pines Golf Course in San Diego. (AP PhotoJae C. Hong)

Oosthuizen played steady Sunday, offsetting a bogey on the fourth hole with a birdie on the par-5 ninth that moved him into a tie for the lead with Bryson DeChambeau at 5 under.

Oosthuizen followed with a birdie on No. 10 to take the lead by two shots as many of the top players started falling off, including DeChambeau with a bogey on No. 11.

A shot right of the par-4 11th led to a bogey, but Oosthuizen followed with five straight pars to lead by one.

Ahead of him, Rahm poured in consecutive birdie putts to take the lead. Needing a birdie in the last two holes to tie, Oosthuizen pulled his tee shot into the canyon left of the 17th fairway and missed a 10-foot par putt.

“I knew it was a crucial hole for me to take it on and give myself a birdie opportunity,” he said. “I didn’t pull it off, but standing on that tee gain, I’ll probably do the same thing, taking a driver and taking the shot on.”

Oosthuizen had one final shot, needing an eagle on the reachable par-5 18th, but his his tee shot into the first cut of the left rough. He opted to lay up, hoping to hole from the fairway, but his wedge landed 10 feet past the hole.

Oosthuizen made the birdie putt to close out a 71 and finish at 5 under.

In many U.S. Opens, 5 under is good enough to win. Oosthuizen instead fell one shot short of becoming the fourth South African to win the U.S. Open.

The way Oosthuizen swings and keeps his composure, expect him to contend at more majors.

When he can't anymore, it will be off to the ranch. Oosthuizen will be happy either way.