Peru beat Colombia 2-1 on Sunday to keep alive its chances of advancing to the knockout stage of Copa America.

Sergio Peña opened the scoring for the Peruvians in the 17th minute. Miguel Borja equalized from the spot in the 53rd but an own goal 11 minutes later by Colombian defender Yerry Mina decided the match at the Olimpico stadium in Goiania.

Peru is in third position in Group B with three points after two matches. Colombia remains with four points in second spot, but with only two games remaining. Leader Brazil has six points. The top four teams will qualify for the quarterfinals. 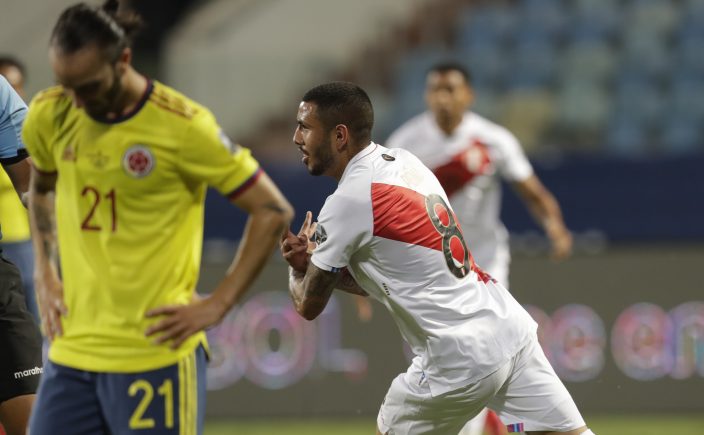 "This gives us a lot of hope in what is to come at this Copa America," Peru defender Renato Tapia said. “We are in a good position, but we have to keep rowing to go farther.”

Peru lost 4-0 to Brazil in its first game in the tournament, which raised doubts about coach Ricardo Gareca's team. The 2019 Copa America finalists are also struggling in South American World Cup qualifiers.

Earlier Sunday, Venezuela and Ecuador drew 2-2. Venezuela is in fourth position in the group with two points after three matches and Ecuador has one point after two games.

The next matches in the group will be played Wednesday. Defending champion Brazil will play against Colombia and Peru will face Ecuador.