In the midst of the New York Islanders' second straight trip to the semifinal round of the Stanley Cup playoffs and nearly 4 1/2 months before the opening of their new arena, season tickets for the first season in their new home are sold out.

UBS Arena, under construction next to the racetrack at Belmont Park and expected to open in November with a capacity of around 17,000 for hockey, has sold its allotment of about 15,000 season tickets, the Islanders announced Monday.

“We are so proud to have the support of these Islanders fans. They’ve responded in such overwhelming fashion,” said Mike Cosentino, Islanders senior vice president of sales. “We’re looking forward to welcoming the Islanders faithful to their new home at UBS Arena in the fall.” 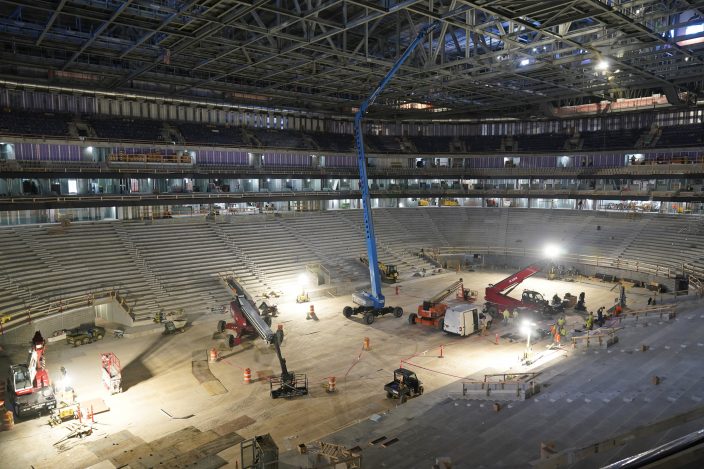 Construction continues at UBS Arena, the future home of the New York Islanders NHL hockey team, in Elmont, N.Y., Thursday, June 3, 2021. The building will have all the bells and whistles and be better accessible to Islanders fans than the recent temporary home in Brooklyn, and the hope is it will provide a strong home-ice advantage for decades to come. (AP PhotoSeth Wenig)

Also, 50 of the arena’s 56 suites have been sold out, and fewer than 240 seats are still available in the Dime Club.

The Islanders plan to start a waiting list for season tickets, and individual game tickets will also be sold.

“Selling out season tickets is a true testament to this loyal fanbase,” said Tim Leiweke, CEO of Oak View Group, which manages the arena. “This arena will bring the very best in both hockey and entertainment to fans across the region.” 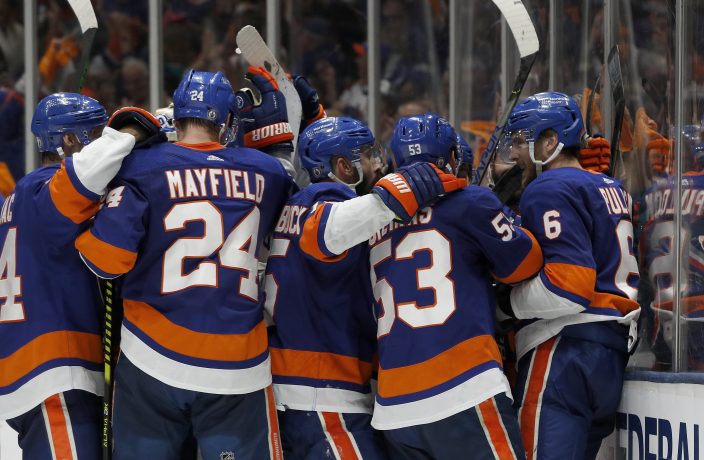 The Islanders are tied in their semifinal series with the Tampa Bay Lightning at two games apiece heading into Game 5 on the road Monday night. Game 6 will be back at Nassau Coliseum on Wednesday.