Congressional negotiators and the White House appear open to striking a roughly $1 trillion deal on infrastructure. But they are struggling with the hard part — how to pay for it.

As President Joe Biden jumps back into the talks this week, the question of where the money will come from looms large. And time is running short to solve it.

Biden wants to increase taxes for corporations and those households making more than $400,000 a year. Republicans have ruled that out, putting forward alternatives that Democrats find unacceptable. 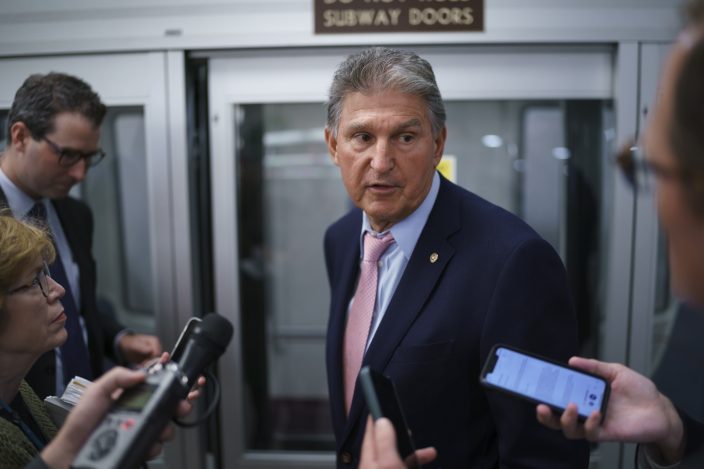 Sen. Joe Manchin, D-W.Va., a key infrastructure negotiator, pauses for reporters after working behind closed doors with other Democrats in a basement room at the Capitol in Washington, Wednesday, June 16, 2021. (AP PhotoJ. Scott Applewhite)

It's a long-standing challenge with no easy solution, one that puts the bipartisan agreement around infrastructure in tension with the nettlesome realities of governing. It's a problem that has thwarted previous attempts at an infrastructure bill, including during the Trump administration, and their ability to solve it now is likely to determine whether a bipartisan accord is possible.

Senate Republican leader Mitch McConnell has said so-called user fees are the way to go. But the White House and key Democratic lawmakers oppose increasing the user fee that has traditionally funded road and bridge construction, the federal gas tax, even if the increase is just allowing it to rise at the rate of inflation from its current level of 18.4 cents per gallon. The federal gas tax has not increased since 1993.

“The president’s pledge was not to raise taxes on Americans making less than $400,000 a year, and the proposed gas tax or vehicle mileage tax would do exactly that,” said White House press secretary Jen Psaki. “So that is a nonstarter for him. I’d also note for the mathematicians in the room that only raises $40 billion, which is a fraction of what this proposal would cost.” 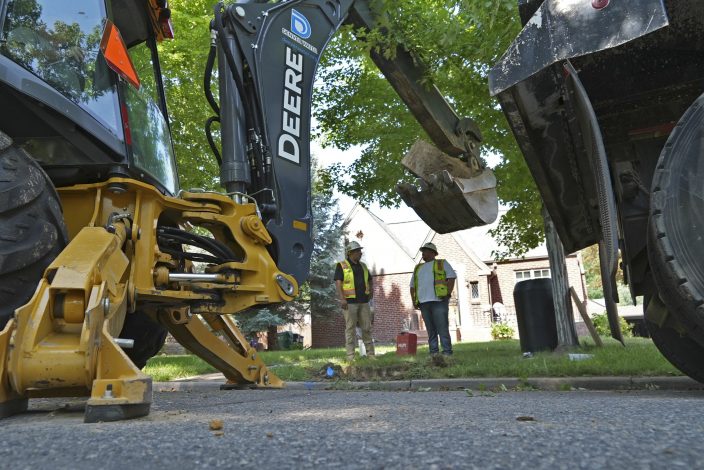 A Denver Water crew works to replace a lead water service line installed in 1927 with a new copper one at a private home on Thursday, June 17, 2021, in Denver. While President Joe Biden's infrastructure bill proposes $45 million for eliminating lead pipes and service lines, some utility companies and municipalities have already started replacing them. (AP PhotoBrittany Peterson)

Psaki said Monday that Biden is expected to meet with lawmakers in the coming days.

“He does not feel the time is unlimited,” said Psaki, adding that “it is not weeks in his view in terms of moving forward and seeing if there’s a bipartisan path forward.”

One idea under consideration is reallocating money already approved as part of COVID relief measures. Sen. Rob Portman, R-Ohio, said Sunday that they’re looking at repurposing more than $100 billion from COVID relief to help pay for infrastructure. He put the onus on the White House to put forward other ideas, since Democrats are balking at indexing the gas tax to inflation or creating a user fee for electric vehicles. 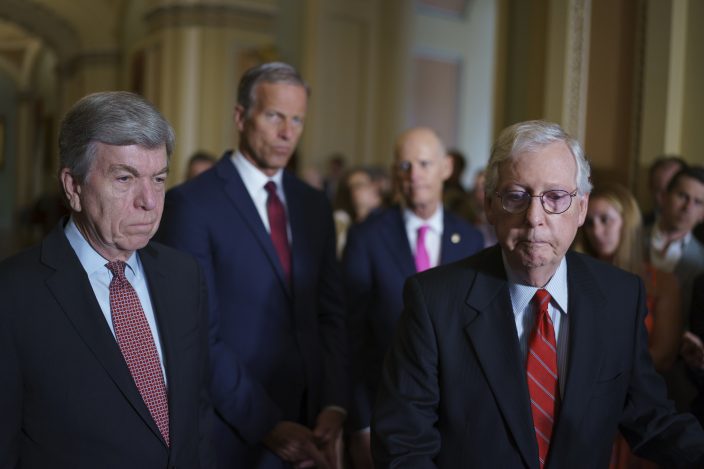 “The administration, therefore, will need to come forward with some other ideas without raising taxes," Portman said on NBC’s “Meet the Press.” "What we don’t want to do is hurt the economy right now as we’re coming out of this pandemic by raising taxes on working families.”

Another complication in the negotiations is that many Democrats question whether the size and scope of the infrastructure package being discussed by the White House and senators is adequate. Within the $1 trillion package, about $579 billion would be new spending and the remainder would be a continuation of existing programs. Many Democrats are wary of a repeat of 2009, when Barack Obama was president and they spent months negotiating the details of the Affordable Care Act with Republicans. Eventually Democrats passed the package that became known as “Obamacare” on their own. 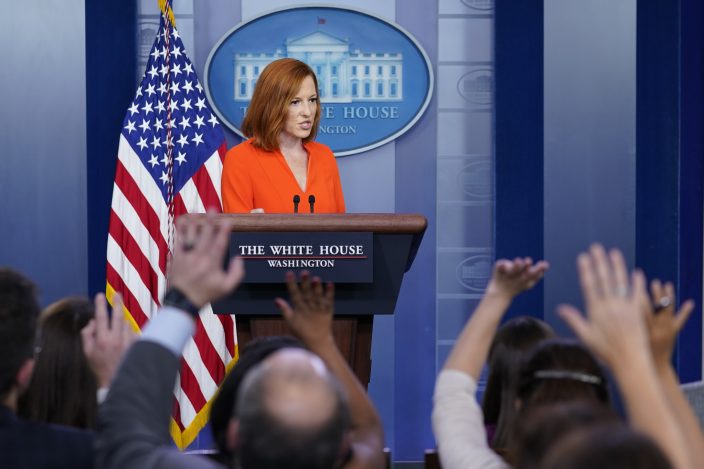 “The amount of money that they are proposing is about one-quarter of what the president talked about in terms of new money. That’s not adequate,” said Sen. Bernie Sanders, I-Vt., on CNN’s “State of the Union.”

Senate Majority Leader Chuck Schumer, D-N.Y., has described the infrastructure bill being negotiated as a good start. But he says most Democrats don’t believe it does enough on climate and also want it to address priorities like paid family leave. He is pushing a “two-track” approach that leaves open the possibility of a far larger bill without Republican votes.

Using a special budget, the second infrastructure bill would only take a simple majority of 51 votes to pass. Such a measure could include more of the priorities laid out by Biden as part of his $1.8 trillion American Families Plan, such as paid family leave and universal pre-K for three- and four-year-olds. 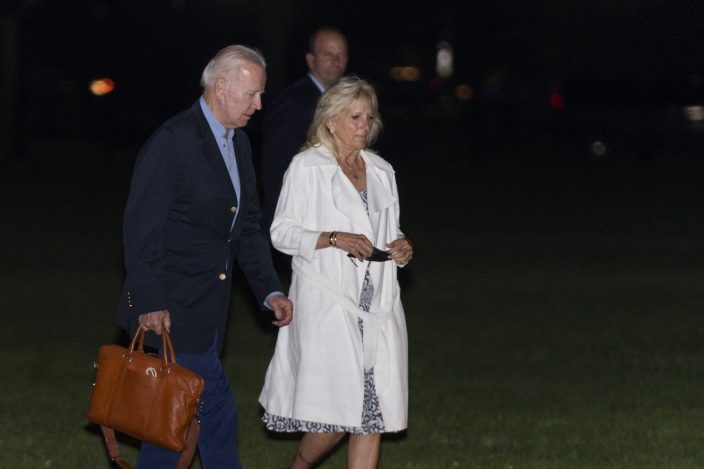 President Joe Biden and first lady Jill Biden walk on the Ellipse near the White House in Washington, as they arrive from a weekend trip to their house in Wilmington, Del., late Sunday, June 20, 2021. (AP PhotoManuel Balce Ceneta)

Sen. Lindsey Graham, R-S.C., warned the administration to not go that route on “Fox News Sunday.”

“I would just say to President Biden, you’ve got a party that’s divided. You’ve got a Republican Party that’s willing to meet you in the middle for a trillion dollars of infrastructure that could fundamentally change the way America does business in roads, ports, and bridges and accelerate electrical vehicles,” Graham said. “You’ve got to decide what kind of president you are and what kind of presidency you want." 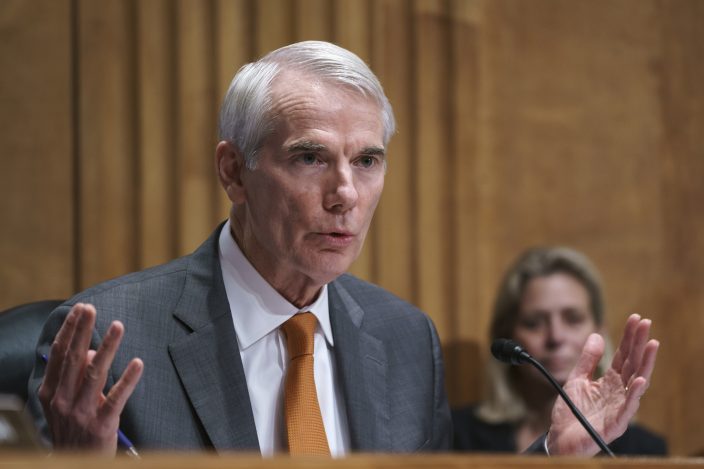 Pelosi, Schumer to huddle with White House on infrastructure

Biden objects to raising gas tax to pay for infrastructure