Maybe it was the heat that touched nearly 120 degrees down on the track. Maybe it was the jostling right after the starting gun that sent five or six runners scrambling to keep their feet.

Mostly, Jenny Simpson said, she was not ready to run the sort of time she needed to make it to her second Olympics.

Simpson, whose third-place finish in Rio five years ago made her the first American woman to win an Olympic medal at 1,500 meters, finished 10th on Monday in the first true stunner of U.S. track trials. 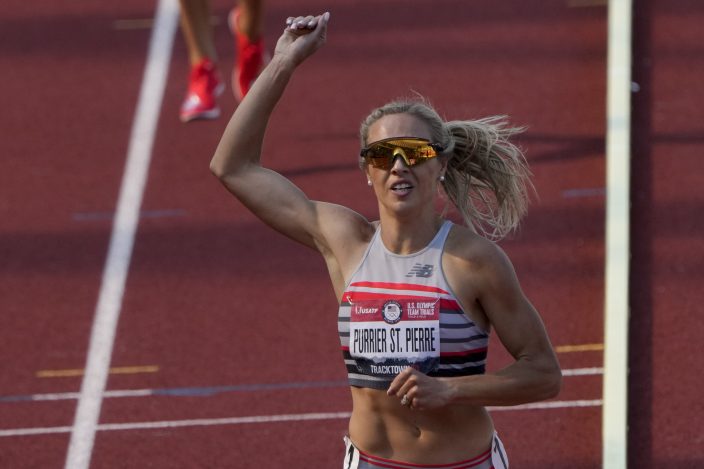 That was three spots ahead of Nikki Hiltz, the runner who came out as transgender earlier this year and was also given a good chance to go to Tokyo.

Hiltz and Simpson were both involved in a smash-up just after the starting gun on a sweltering day at Hayward Field. Neither recovered. Hiltz fell from fourth to last over the final lap. Simpson was in the middle of the pack and never had a closing kick.

“It's hard to believe,” said Simpson, the 34-year-old who also has a gold and two silvers from world championships. “I really thought I was going to make the team and I just wasn't ready. I needed to be in 4-flat shape, and that was proven today by the incredible run of the people who made the team.” 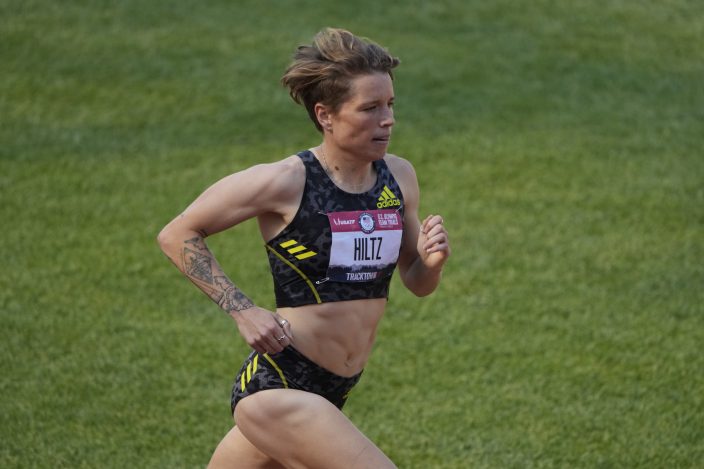 “I never thought I'd be here today, and here I am,” said MacLean, who only made the final after winning a protest after being knocked around by incidental contact in the preliminaries. 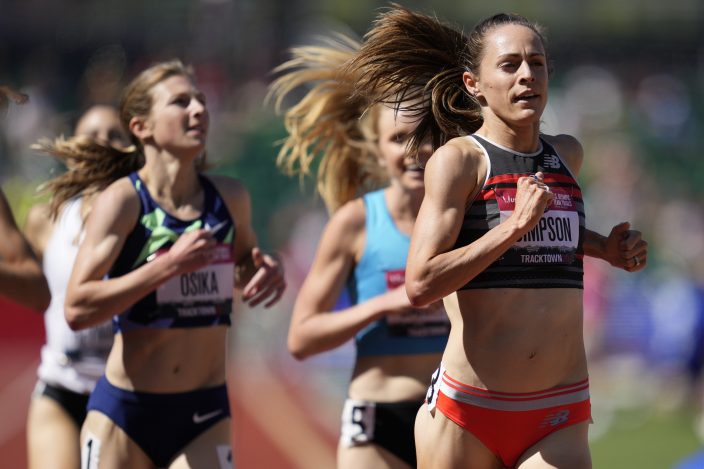 Simpson was planning on going through team processing Tuesday, then gearing up for the trip to Tokyo. But the times didn't lie. The woman who ran 3:58, only to finish eighth at world championships two years ago, hadn't cracked 4:05 in 2021.

She said the heat, 94 degrees on the scoreboard at race time, was no factor, and refused to blame the heavy traffic at the beginning, although she conceded that “anyone watching the 1,500 and watching track and field could see that first 100 meters was extreme.”

She did blame the COVID-19 pandemic. 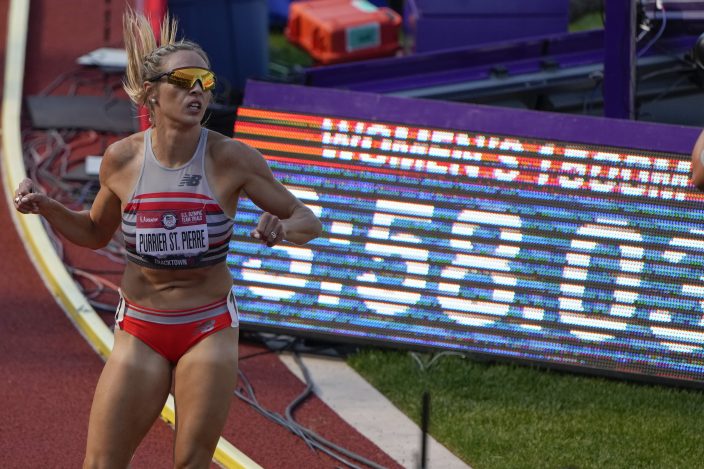 “Can we all blame COVID for everything?” Simpson asked. “I was in killer shape in January 2020. But it was just hard to manage. I had an injury over the summer, and then I was pushing too hard, training too hard, just waiting. That's one reason I really admire the people who made it this far.”

St. Pierre started on the inside in the 13-woman race and was nearly pushed onto the infield in the early jostling.

“I tried not to let it bother me, and honestly, it gave me a little boost,” she said. “I wanted to go to the front and I thought, ‘I’m going for it.'”

She never looked back. And now, the 25-year-old who milked cows growing up on a dairy farm in Vermont, is part of a new generation of 1,500 runners heading to the Olympics.

A surprise? Depends on who you ask.

“I think expectations ruin things,” she said. “Lining up today, I was not thinking I got the job done before it was done.”