The rooms in Tokyo practically had their names on them.

Instead, others will be taking the spots that seemed all but reserved for two American track champions, Jenny Simpson and Donavan Brazier.

The cold realities of the U.S. Olympic qualifying reared their ugly head on a scorcher of a day at track and field trials Monday. In a format where records and resumes mean nothing, and only the top three finishers in each event earn a spot, Simpson and Brazier fell short. 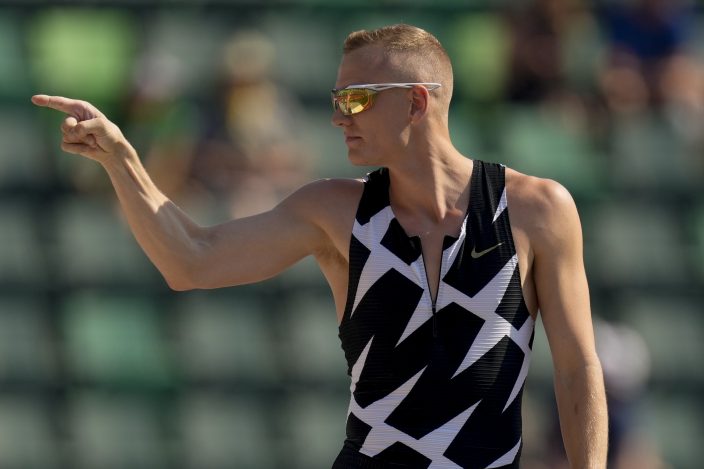 “There are things that champions overcome. I couldn’t overcome them," said Brazier, the world champion at 800 meters, after finishing last in that race, more than 4 seconds behind winner Clayton Murphy.

“It's hard to believe,” said Simpson, a former world champion whose 10th-place finish in the 1,500 meters, well behind winner Elle Purrier St. Pierre, had stunned the crowd only moments before.

They were not quite superstars, and no massive ad campaigns had been built around them, a la Dan O'Brien, whose flop in the decathlon at trials back in 1992 stands as maybe the most stunning “sure thing” to not happen at the U.S. trials. 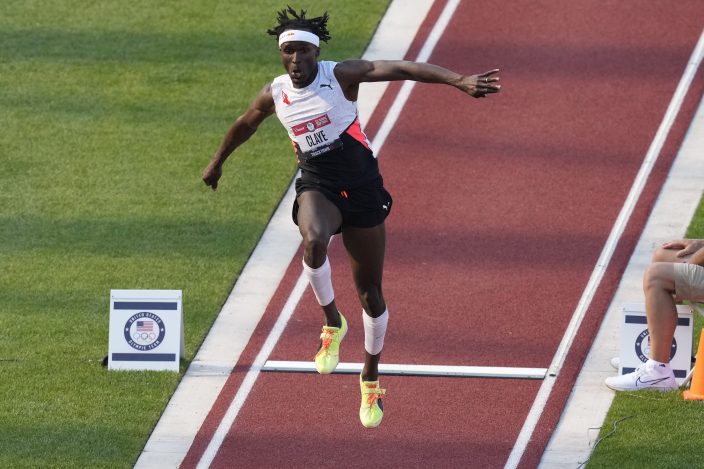 Will Claye competes during the finals of men's triple jump at the U.S. Olympic Track and Field Trials Monday, June 21, 2021, in Eugene, Ore. (AP PhotoCharlie Riedel)

Still, they were favorites in their events — if not to win, then at least to finish in the top three and head to Tokyo next month.

Simpson, who took bronze in Rio to become the first American woman to win an Olympic medal in the 1,500, was done almost before she started. There was heavy jostling at the start that knocked five or six runners off stride.

“No one went down,” she said. “Maybe they should have called the race back. That was extreme.” 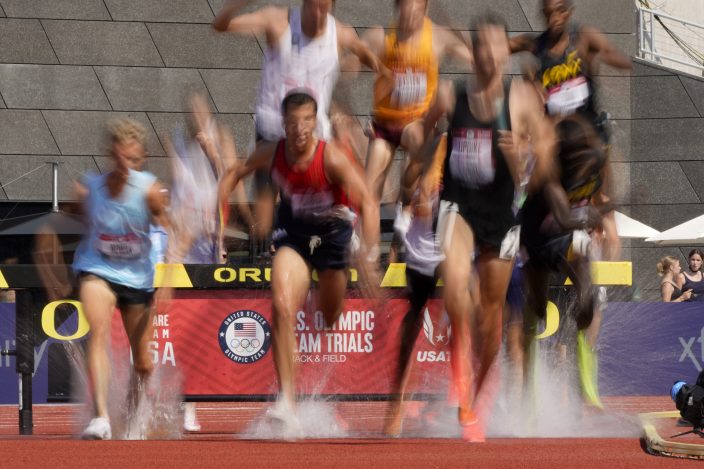 Brazier has prided himself on entering the 800 without a concrete game plan and improvising on the fly. This time, it backfired. The pace was pushed. Brazier tried to keep up and he didn’t have his customary kick at the finish. He knew with about 200 meters left that it wasn’t his day. Instead, it belonged to Murphy, who will get a chance to add to the bronze he won five years ago in Rio.

On other days, Chris Nilsen's upset of two-time world champion Sam Kendricks in the pole vault might have made headlines. Kendricks is heading to Tokyo, however, thanks to a second-place finish that wasn't exactly what he planned. But still good enough. A runner enters the water in the first prelim of the women's 3000-meter steeplechase at the U.S. Olympic Track and Field Trials Sunday, June 20, 2021, in Eugene, Ore. (AP PhotoAshley Landis)

“This will go down in history as the hardest team ever to make,” he said.

Two-time Olympic silver medalist Will Claye did the expected, winning the triple jump, while the women's 5,000 was mostly a no-fuss affair, taken by Elise Cranny in 15 minutes, 27.81 seconds.

“During the warmup, we were in ice baths and I kept my body temperature as cold as possible,” said Rachel Schneider, who finished third in the 5K. "Outside of that, we just said be tough and don’t worry about it because everyone’s dealing with the same heat.” 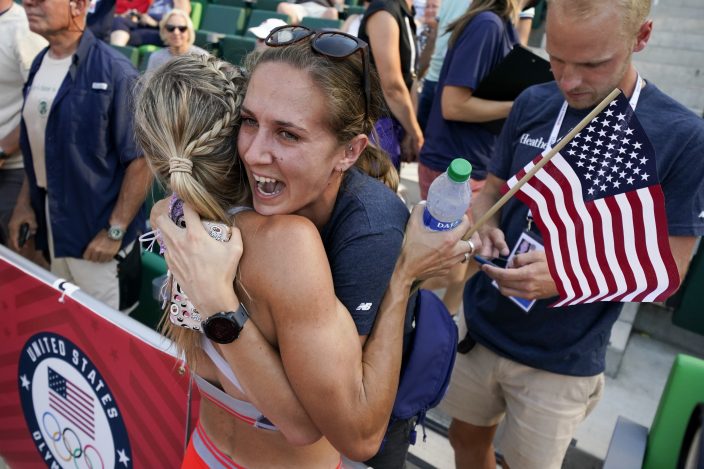 Maybe Jordan Mann dealt with it best. The steeplechase runner missed a step and found himself plunging into the water pit during prelims. He finished 12th, but at least he got some relief.

It was 94 degrees when that race started, and the sunshine heated the surface of the track to well over 100.

“The heat makes it tricky out there,” Claye said. “You don’t want to blow a gasket out there."

Simpson insisted the heat was not a factor in her race. Clearly, it wasn't for the winner, either. Purrier St. Pierre, the 25-year-old who grew up o a dairy farm in Vermont, overcame the early jostling on the inside and simply sprinted out to the front and didn't look back. She finished in 3:58.03, a trials record.

“It happened so fast, and your plan changes,” she said. “You always have a couple different plans in mind. It was never to lead the whole thing.”

She's not the only one who found herself staring at a different sort of future Monday.

“It will be shocking to watch the Olympics on TV,” Simpson said. “It may be hard for athletes to admit, or say out loud, but the sport goes on without you.”