France advanced without kicking a ball, and Portugal can move on as well even with a loss on Wednesday.

Hardly the heavyweight showdown many had hoped for in a match pitting defending champion Portugal against World Cup champion France, and Cristiano Ronaldo against Kylian Mbappe.

Results on Tuesday guaranteed France a spot in the round of 16. A one-goal loss for Portugal should be enough as long as Hungary doesn't win in Germany in Group F’s other game. 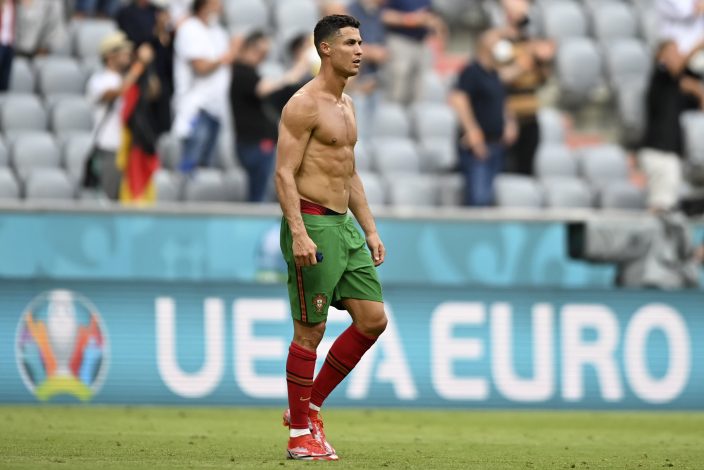 Still, that’s unlikely to alter France coach Didier Deschamps’ way of thinking, and he is thinking only of first place.

“We still hold the cards,” Deschamps said. “If we win then we’ll finish first.”

The winner of Group F will play one of the third-place finishers. 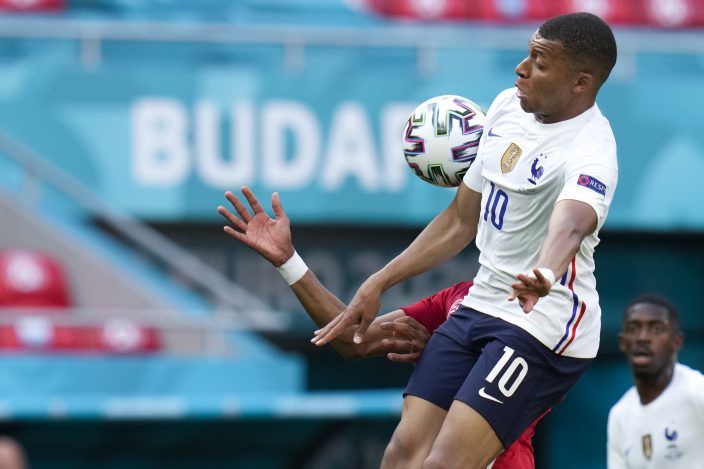 Portugal can still win the group by beating France, but it depends on what happens in Munich in the match between Germany and Hungary.

Germany and Portugal have three points and the same goal difference, while Hungary is last with one point and must win to advance.

Portugal is having no problem scoring goals — five in two games so far, including a tournament-leading three for Ronaldo. But the Portuguese are conceding too easily, conceding four to the Germans. 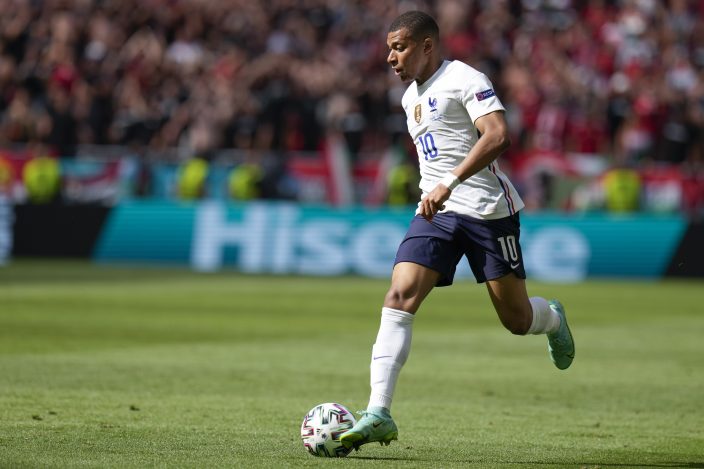 It’s the opposite case for France, which shut out Germany in a 1-0 victory but fluffed several chances in a 1-1 draw with Hungary.

With an attack that is the envy of most coaches, it seems odd that France is not yet clicking in attack.

Mbappe netted a career-high 42 goals for Paris Saint-Germain this season, while Karim Benzema scored 30 for Real Madrid and moved into a tie for fourth on the all-time list of scorers in the Champions League with 71.

Benzema is getting more criticism than Mbappe, however, and the players are trying to sound reassuring.

After Antoine Griezmann backed him, so did left back Lucas Digne.

“We all know how good he is, he’s shown it for Real Madrid,” Digne said of Benzema. “He does so much for the team, his movement is great. Nobody in the squad is doubting him.”

France’s attacking options have been reduced by a knee injury to winger Ousmane Dembele, who left the squad on Monday and won’t be replaced.

Ronaldo’s goals have taken him to a record 12 over five continental tournaments, three more than France great Michel Platini.

A hat trick against France would see him break the overall men’s record for international goals, which is held by former Iran striker Ali Daei with 109.

The 36-year-old Ronaldo’s movement remains troublesome for defenders, despite his age. He is adept at cutting in from both flanks, hard to stop running through the middle because of his close control, and dangerous in the air.

“He moves all over the attacking line. As defenders you must always communicate, so you don’t leave him too much space,” Digne said. “It’s extraordinary what he’s done throughout his career. His hard work is an example for any player.”

At least France won’t have to defend against him in the intense sun this time, unlike last Saturday’s mid-afternoon heat and noise against Hungary.

A 9 p.m. kickoff will see to that, but it also offers Ronaldo a chance to dazzle under the lights.