Robert Lewandowski is facing another early exit from a major international soccer tournament.

Unless, that is, Poland can find a way past one of the tightest defenses at the European Championship.

Beating Sweden is Poland’s only route to the knockout stage of Euro 2020 — and that’s something no team has managed in seven games in 2021. 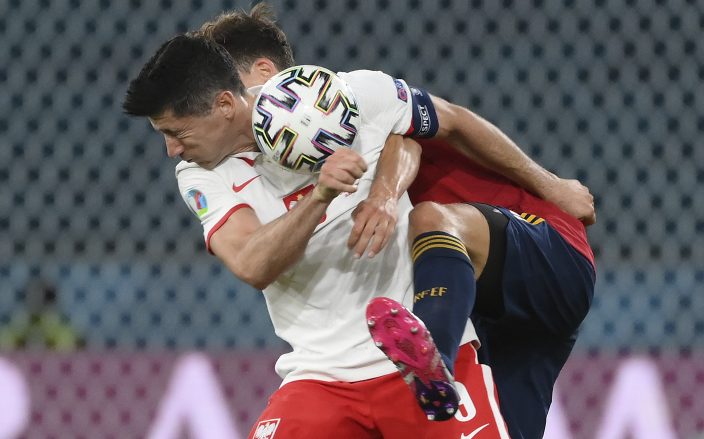 Where there is Lewandowski, though, there is hope for Poland.

FIFA’s reigning player of the year recovered from an underwhelming display in Poland’s 2-1 loss to Slovakia in Group E by scoring the equalizer in a 1-1 draw with Spain to effectively keep his team in contention at the tournament.

It was a classic striker’s finish, too, using his strength to hold off his marker, Aymeric Laporte, and directing a header from a cross into the bottom corner for his 67th international goal. 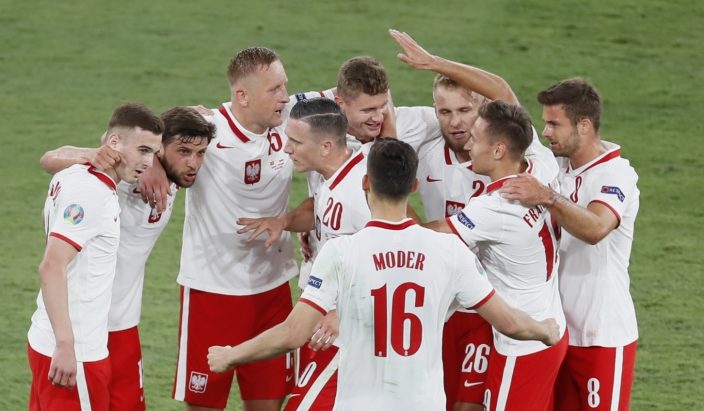 Lewandowski had to feed off scraps against Spain and the same could be the case against Sweden, an ultra-pragmatic team whose attacking ambitions might be even more limited than normal at Saint Petersburg Stadium on Wednesday.

Sweden, after all, has four points from its opening two games in Group E — a 0-0 draw against Spain and a 1-0 win over Slovakia — and was assured of qualifying for the round of 16 because of the results of Monday's games.

A win would secure a first place in the group. Then again, so might a draw. 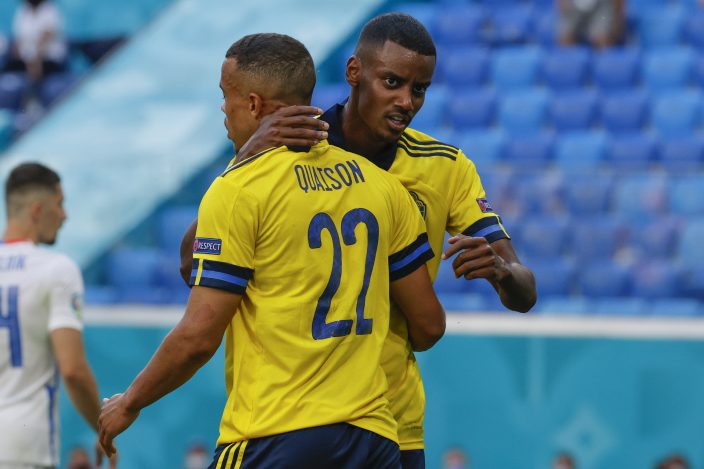 Sweden is one of three teams yet to concede a goal at Euro 2020, along with Italy and England. Given that stat, and the team's inclination to defend compactly and in numbers especially when it doesn't need to attack, it explains why Poland is facing such a tough task.

Lewandowski has only advanced from the group stage once in three appearances at either a World Cup or a European Championship with Poland. That was at Euro 2016, the first time the continental tournament had been expanded to 24 teams.

While 67 goals in 121 games for Poland is a amazing record, the Bayern Munich striker is often starved of quality service at major tournaments when the standard of opposition increases. He has only three goals in 13 games at a World Cup or European Championship.

Poland, which is in last place in the group with one point, could be without defender Jan Bednarek and midfielder Jakub Moder because of injury.

Sweden coach Janne Andersson may decide to change his lineup now that qualification is guaranteed, and give some game time to fringe players.

Dejan Kulusevski could return for Sweden after being left on the bench against Slovakia. The winger had just returned to full training after completing a period of self-isolation after contracting the coronavirus.