Spain may summon its most experienced player for its most important match at the European Championship.

Sergio Busquets is set to return for the match against Slovakia on Wednesday, when “La Roja” faces the possibility of an embarrassing elimination in front of its fans.

Only victory for Spain will be enough to ensure a spot in the round of 16 at Euro 2020. A draw may be enough, but only if Poland doesn’t defeat Sweden in the other Group E match. Both games will be played at the same time. 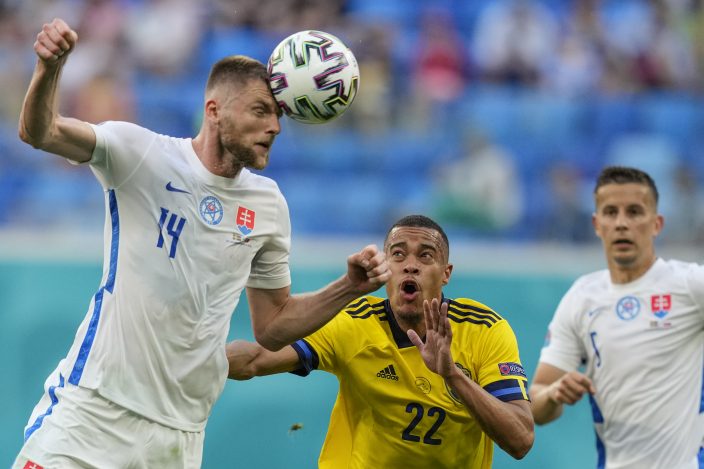 The 32-year-old Busquets, the only player left from Spain’s World Cup-winning squad in 2010, didn’t play in the team’s first two matches after testing positive for the coronavirus. The Barcelona midfielder had to go into isolation and only rejoined the squad on Friday. He did not dress for the game against Poland on Saturday.

“We missed him,” Spain defender César Azpilicueta said. “We tried to make up for his absence, but Sergio is a key player for this team and we are happy that he is back.”

Rodri Hernández played in Busquets’ position in the first two matches, a 0-0 draw against Sweden and a 1-1 draw against Poland. The 25-year-old Manchester City midfielder didn’t play poorly but didn't excel either. 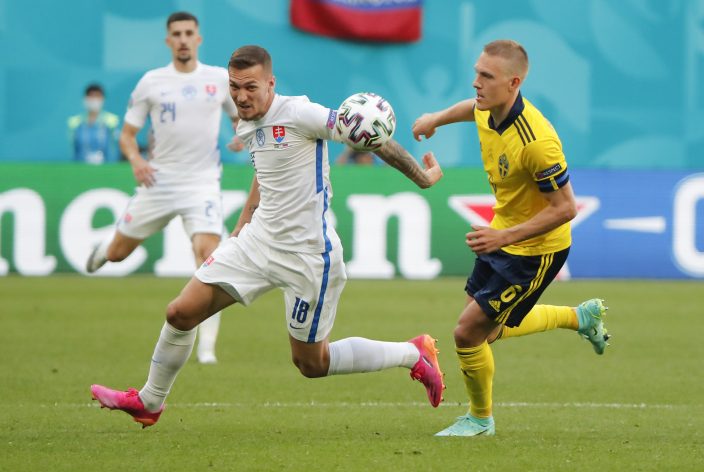 Spain coach Luis Enrique hasn’t confirmed Busquets as a starter, but he had said the player was ready to play from the moment he rejoined the squad. The Spanish soccer federation said Busquets was picked to speak alongside Luis Enrique at the team’s pre-match news conference on Tuesday.

“Sergio is a very important player because of his experience on and off the field,” Azpilicueta said. “He is an incredible captain who helps the entire team. We all know how dominant he is in the midfield both defensively and offensively.”

Azpilicueta himself may be another veteran called upon to help the Spanish squad as it faces elimination. The 31-year-old Chelsea right back has yet to play at Euro 2020 as Luis Enrique preferred to use Marcos Llorente in the position. 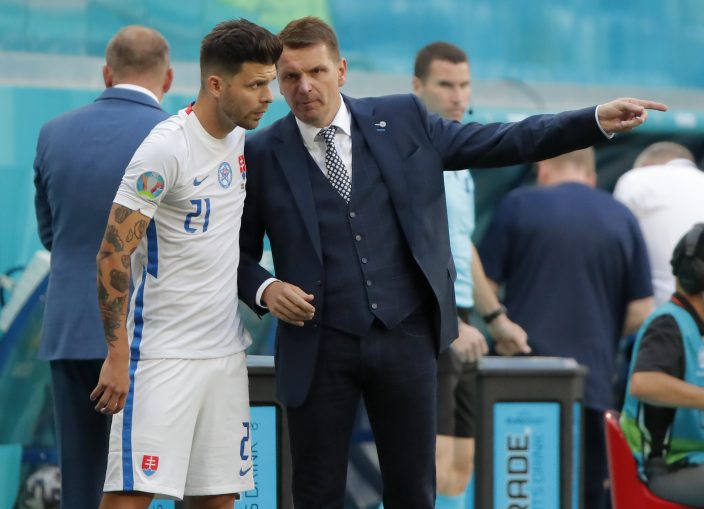 Jordi Alba had taken over as captain in the absence of Busquets. The national team’s longtime captain, Sergio Ramos, was not called up after playing sparingly in the final part of the season with Real Madrid because of injuries. The decision to leave him out of the squad even though he would have been fit to play by the time Euro 2020 started drew a lot of criticism against Luis Enrique, with many saying the team was left without a true leader.

“There are a lot of young players in this group who are playing in a tournament like this for the first time, and they are learning,” Azpilicueta said. “Each one of us have to contribute as much as possible. We have many captains from their clubs who are experienced, and they know how to confront these difficult situations.”

Spain, playing all of its group matches in Seville, is two points behind leader Sweden and one behind Slovakia, which surprised with an opening 2-1 win over last-place Poland before losing to Sweden 1-0.

Slovakia needs a draw to guarantee its spot in the next round. It is making its second consecutive appearance after debuting at Euro 2016. Both Slovakia and Spain were eliminated in the round of 16 in 2016. Spain last missed the knockout round in 2004.

It remains unclear what kind of support Spain will receive from its fans at La Cartuja Stadium after a video of players ignoring fans at the team hotel last weekend was widely shared online. There is also uncertainty about the field conditions at La Cartuja, which prompted complaints by some players after the first two matches.

Azpilicueta said Spain should take some inspiration from Chelsea, which overcame difficulties earlier in the season to win the Champions League title.

“The lesson is that you have to fight until the end,” Azpilicueta said. “A lot of people thought our season was over in January but in the end we succeeded. It’s not about how you start, it’s about how you finish.”