Torrey Pines now has staged two U.S. Opens, and it would be hard to find any flaws.

The public course along the Pacific bluffs gave us Tiger Woods going 91 holes over five days on one good leg to win his third U.S. Open, and Jon Rahm returning to No. 1 in the world after becoming the first player in the 126-year history of the Open to birdie the last two holes in a one-shot victory.

Until next time, Torrey Pines. 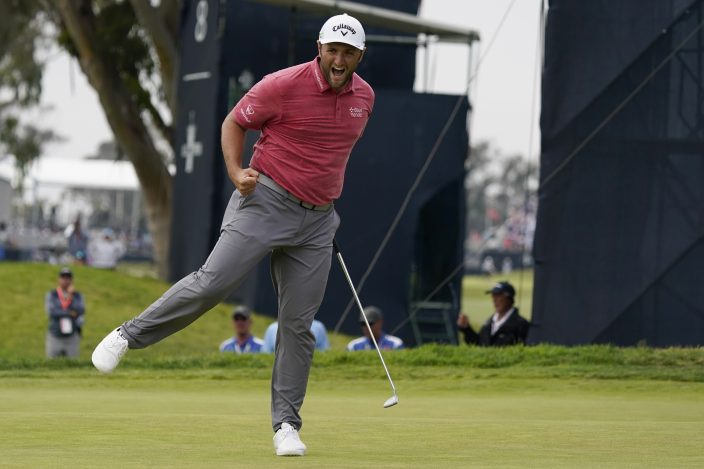 Jon Rahm, of Spain, reacts to his putt on the 17th green during the final round of the U.S. Open Golf Championship, Sunday, June 20, 2021, at Torrey Pines Golf Course in San Diego. (AP PhotoMarcio Jose Sanchez)

Except in this case, until when?

The next opening on the U.S. Open schedule is 2028 and seven years seems too soon. Plus, the USGA is moving toward a rotation of five courses — Pebble Beach, Oakmont, Shinnecock Hills, Pinehurst No. 2 and Winged Foot — with room for other courses sprinkled into the mix.

Is there room for Torrey Pines? There should be. 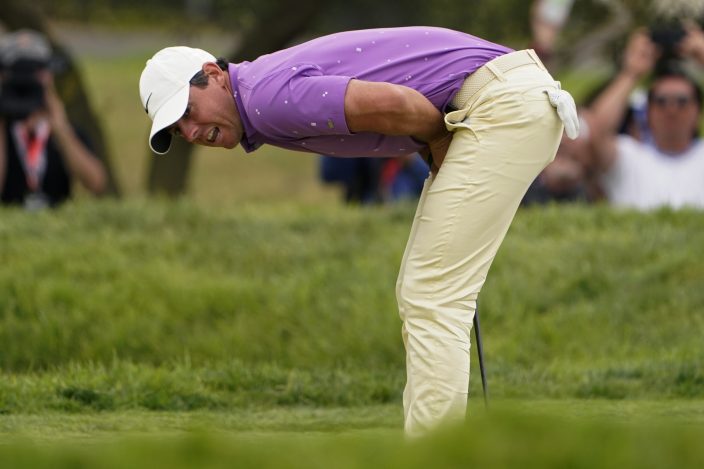 Rory McIlroy, of Northern Ireland, reacts to missing his birdie putt on the ninth green during the final round of the U.S. Open Golf Championship, Sunday, June 20, 2021, at Torrey Pines Golf Course in San Diego. (AP PhotoJae C. Hong)

Before the week started, there was a feeling this might be the last Open at Torrey Pines for some time — if ever — especially with Los Angeles Country Club giving the USGA another California course in 2023.

“Having the champions you want helps,” said David Fay, the executive director of the USGA when Torrey first was awarded a U.S. Open. 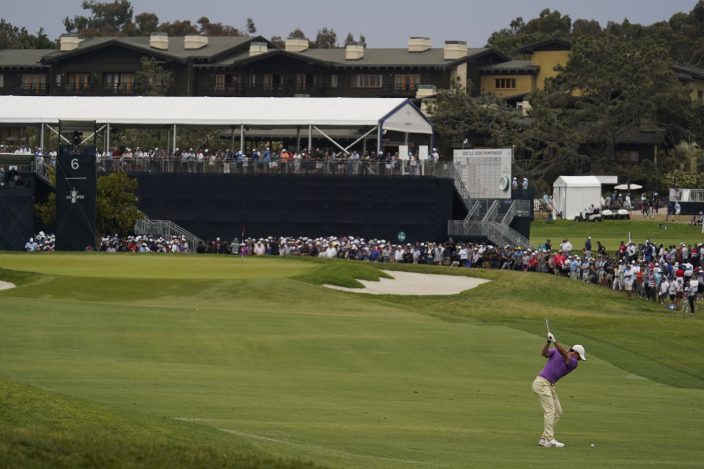 Rory McIlroy, of Northern Ireland, hits from the sixth fairway during the final round of the U.S. Open Golf Championship, Sunday, June 20, 2021, at Torrey Pines Golf Course in San Diego. (AP PhotoGregory Bull)

It was Fay's idea to go to Bethpage Black in 2002, the first truly public course to host the U.S. Open, and it was a huge hit. Woods, the only player to finish under par, won a duel against Phil Mickelson on the back nine.

“If that had flopped, they would have sacked me right away,” Fay said with a laugh.

It was no coincidence that three months after Woods won at Bethpage, the USGA awarded the 2008 U.S. Open to another public course, Torrey Pines. Two more daily-fee courses, Chambers Bay south of Seattle in 2015 and Erin Hills in Wisconsin in 2017, were added to the schedule. 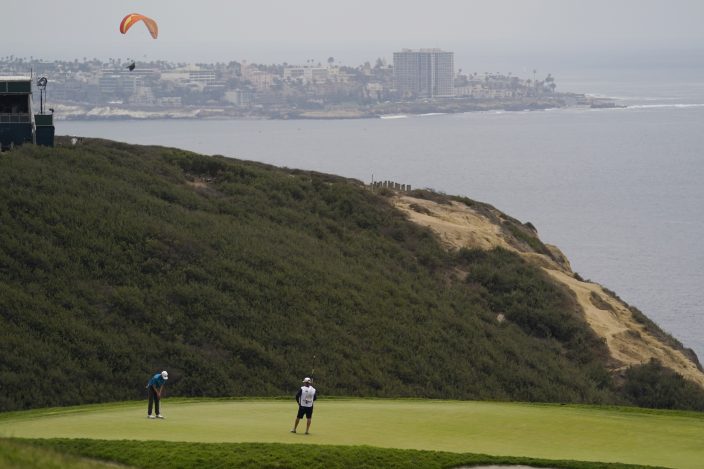 Mackenzie Hughes, of Canada, putts on the third green during the final round of the U.S. Open Golf Championship, Sunday, June 20, 2021, at Torrey Pines Golf Course in San Diego. (AP PhotoGregory Bull)

Bethpage only had to wait seven years for another U.S. Open. That one flopped.

A rain-soaked mess kept the U.S. Open from ending in regulation until Monday, barely, with Lucas Glover winning his only major.

Bethpage Black now is aligned with the PGA of America — a PGA Championship two years ago, the Ryder Cup in 2025 — and it hosted a pair of PGA Tour postseason events. 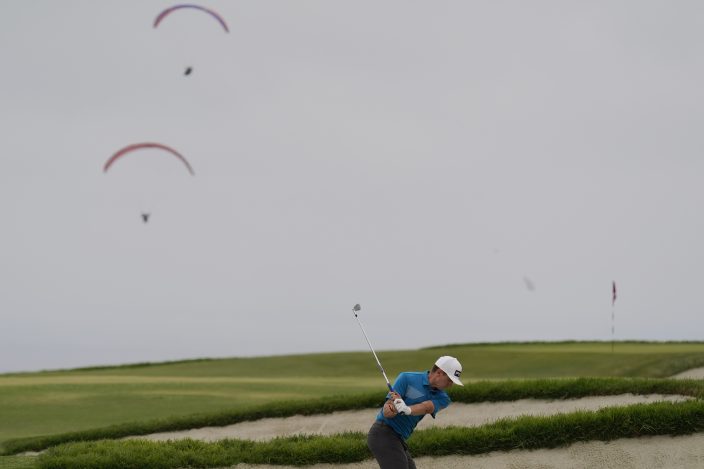 Mackenzie Hughes, of Canada, hits from the sand trap on the fourth fairway during the final round of the U.S. Open Golf Championship, Sunday, June 20, 2021, at Torrey Pines Golf Course in San Diego. (AP PhotoGregory Bull)

Not in January for the Farmers Insurance Open. Not in June for the U.S. Open.

The ultimate backhanded compliment is to suggest not even the USGA can mess up a U.S. Open at Torrey Pines. It was the ideal test in 2008 when Woods and Mediate were the only players to finish under par, and it was equally strong this year. 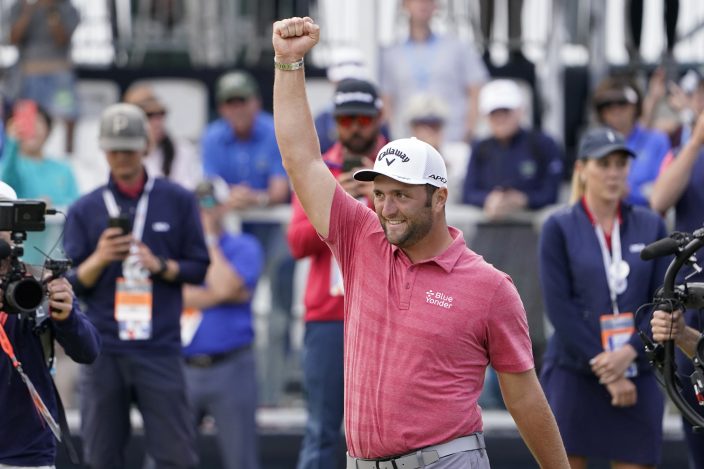 No gimmicks. No secrets. With dry weather, the fairways were fast enough they didn't have to be overly narrow. The greens were firm without bringing back ugly memories of Shinnecock Hills in 2004 and 2018.

Mickelson even approved, strong praise considering his beefs with the USGA.

“I'm very surprised that in the 30 years that I've played the U.S. Open, this is the best I've seen,” Mickelson said. "I thought they did a remarkable job, and I’m really proud and happy that it’s here at Torrey. I think this afternoon is going to be awesome.

He got that part right.

Ten players were separated by one shot at one point when the final group was on the front nine. Separation came from bad decisions, bad lies, bad shots, typical of a U.S. Open. Four players who were within one or two shots of the lead made double bogey on the back nine. The winner, Rahm, was the only player to not drop a shot on the back nine.

The USGA still has to decide the fate of Chambers Bay, which had the champion it wanted (Jordan Spieth), but not in the manner he won. Dustin Johnson went from a 12-foot eagle putt for the win to a three-putt bogey to lose because of greens that barely had any grass.

Even if Torrey Pines has to wait 13 years, it deserves a third U.S. Open.

Torrey is in the spotlight every January for a PGA Tour stop that plays just as tough as a U.S. Open except the turf is softer.

Patrick Reed shot 210 in his three rounds on the South Course during the Farmers Insurance Open. The low 54-hole score for the U.S. Open this year was 208.

Plus, it typically is the weekend between the NFL conference title games and the Super Bowl. Golf fans know Torrey, even if the hang gliders are as memorable as some of the holes.

But there's a chance for the USGA to return to Torrey with another championship.

Two weeks before the return to Torrey Pines, the U.S. Women's Open was at Olympic Club in San Francisco, which previously hosted five U.S. Opens. Nothing adds to prestige than history, and Olympic is just a start.

The Women's Open will be at Pebble Beach for the first time in 2023, and the championship is booked through 2025. That's when the USGA needs to consider only traditional men's venues for the women.

Winged Foot is said to be under consideration for a Women's Open. Pine Needles gets the Women's Open next year, but future trips to North Carolina likely will be at Pinehurst No. 2.

Torrey Pines would be ideal for the Women's Open. It tends to put on a pretty good show.