Gerard Gallant is taking over a young team with potential as coach of the New York Rangers, just like his three previous stops.

Unlike Columbus, Florida and expansion Vegas, Gallant will be expected to win quickly, if not right away. The 57-year-old is embracing those high expectations in a big market, even if he insists he will handle this situation the same as his previous jobs.

“It’s a team that’s ready to take off, go to the next level and I’ll prepare the same way,” Gallant said Tuesday. "I feel very comfortable about what happened in the past, in the past six years with Florida and in Vegas and I’ll bring that forward to the New York Rangers and get to know their players, get to know their personnel. I think that’s really important, and I think that’s one of my strong points.” 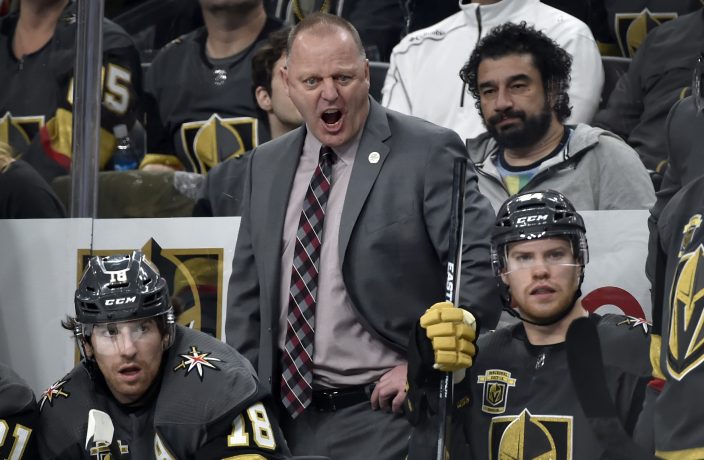 FILE - Then-Vegas Golden Knights head coach Gerard Gallant calls out from the bench during the third period of an NHL hockey game against the Chicago Blackhawks in Las Vegas, in this Tuesday, Feb. 13, 2018, file photo. Gallant takes on a new challenge as coach of the New York Rangers, looking to “take a big step” with a young team that ownership and management thinks should be a contender. It’s very different than his previous stints with expansion Vegas and Florida. (AP PhotoDavid Becker, File)

Gallant was a target for new president and general manager Chris Drury because he was won pretty much everywhere. He won the Memorial Cup in 2011 as the top Canadian junior team, Quebec Major Junior Hockey League titles in 2011 and 2012, and most recently coached Canada to the gold medal at the world championships after an 0-3 start.

Gallant's best coaching job came in 2017-18 with Vegas, when the Golden Knights reached the Stanley Cup Final in their first season with a roster built out of an expansion draft. That earned him the Jack Adams Award as NHL coach of the year.

After a first-round playoff exit in 2019 and some struggles the next season, Gallant was fired. It was even less time than his three seasons with the Panthers and one full season and parts of two others with the Blue Jackets. 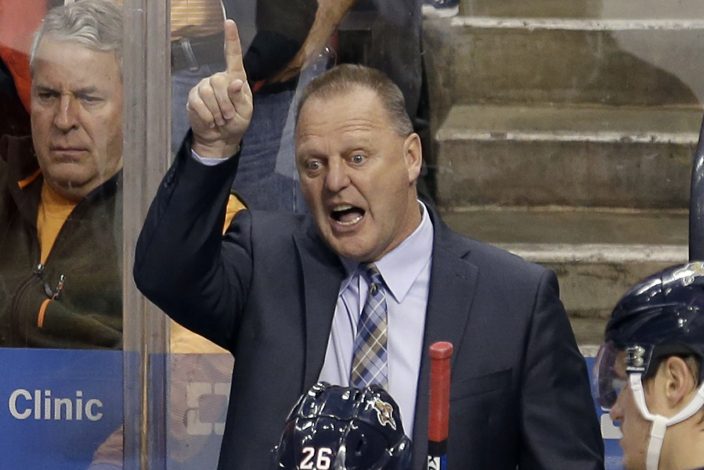 FILE - Then-Florida Panthers coach Gerard Gallant talks to the players during a timeout in the third period of Game 1 in a first-round NHL hockey Stanley Cup playoff series against the New York Islanders in Sunrise, Fla., in this Thursday, April 14, 2016, file photo. Gallant takes on a new challenge as coach of the New York Rangers, looking to "take a big step" with a young team that ownership and management thinks should be a contender. It's very different than his previous stints with expansion Vegas and Florida. (AP PhotoAlan Diaz, File)

“I still have a hard time going back and looking at it and saying, ‘Why did I get fired?’” Gallant said of Florida and Vegas, in particular. “I think I did a great job in both of those organizations. Things happen. It’s out of my hands.”

Gallant wants New York to be “the hardest working team in the league.” That philosophy and Gallant's experience undoubtedly was a selling point to Drury when choosing a successor for first-time NHL coach David Quinn.

“I was looking to find a coach who had a proven track record and success at several levels,” Drury said. “‘Turk’ checked all these boxes.” 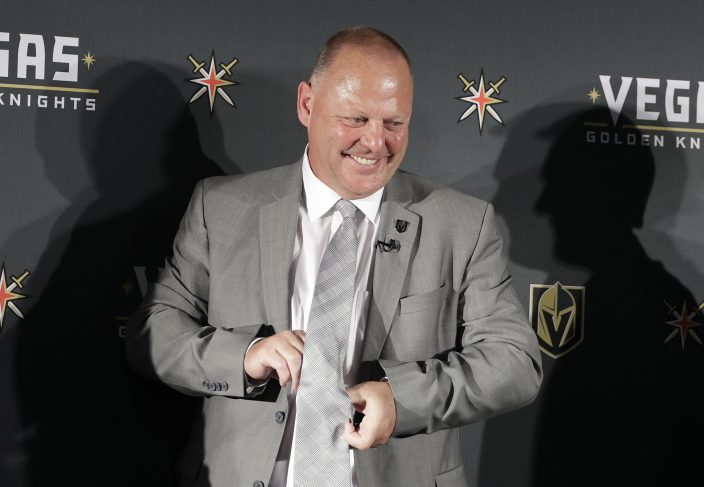 FILE - In this April 13, 2017, file photo, Gerard Gallant adjusts his tie during a news conference where is was introduced as the new head coach of the Las Vegas NHL hockey expansion team Vegas Golden Knights, in Las Vegas. Gallant takes on a new challenge as coach of the New York Rangers, looking to “take a big step” with a young team that ownership and management thinks should be a contender. It’s very different than his previous stints with expansion Vegas and Florida. (AP PhotoJohn Locher, File)

“My goal and our hope is that we’re a playoff team next year,” Drury said. “It is a mandate? I don’t believe so. But I want everyone to come back and know that that’s where we want to be and with the talent on this team where we should be.”

The talent is certainly there and on paper exceeds what Gallant inherited in Vegas. Norris Trophy finalist defenseman Adam Fox, star winger Artemi Panarin, top-line center Mika Zibanejad, 2020 No. 1 pick Alexis Lafrenière, 2019 No. 2 pick Kaapo Kakko and goaltender of the present and future Igor Shesterkin make up a coach's dream of a core.

Gallant's task is to mold that group into a contender, first for the playoffs, then the franchise's first Stanley Cup since 1994.

“I know we’re going to take a big step, and hopefully it’s a real big step,” Gallant said. "We’ll see what happens once training camp starts, but I know one thing is we’ve got an excellent roster there and we’re going to get down to work right away and make it the best it can be.”