Even when she’s technically off, comedian Iliza Shlesinger is always working.

During quarantine she did a full tour of drive-in stand-up shows, refined a new hour of material, launched an online cooking show with her husband and secured a book deal. And on a recent “down day” in Nashville before presenting at the CMT Awards the next evening, she’s not relaxing: She’s doing interviews for her new movie, “Good on Paper,” which hits Netflix Wednesday.

“I’ve just always been very driven,” Shlesinger said. “And it was never about being driven in any particular direction other than up.” 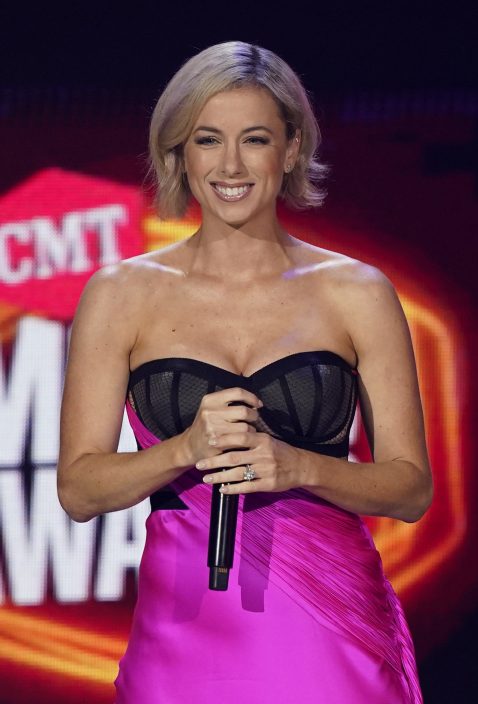 Iliza Shlesinger presents the award for collaborative video of the year at the CMT Music Awards at the Bridgestone Arena on Wednesday, June 9, 2021, in Nashville, Tenn. (AP PhotoMark Humphrey)

That means for her, the answer is always yes. To the meeting. To the audition. To the gig. To the tour.

“Have act. Will travel,” she laughs.

Shlesinger is on a forever quest for the elusive Hollywood “yes” and said everything she’s gotten she’s either created for herself or has been hard fought. It’s not that she hasn’t had successes already. In 2008, she became the youngest person ever (and first and only woman) to win NBC’s “Last Comic Standing.” Since then she’s written a book, hosted five Netflix stand-up specials, a Freeform late-night talk show and created and starred in a sketch series in addition to regularly touring. 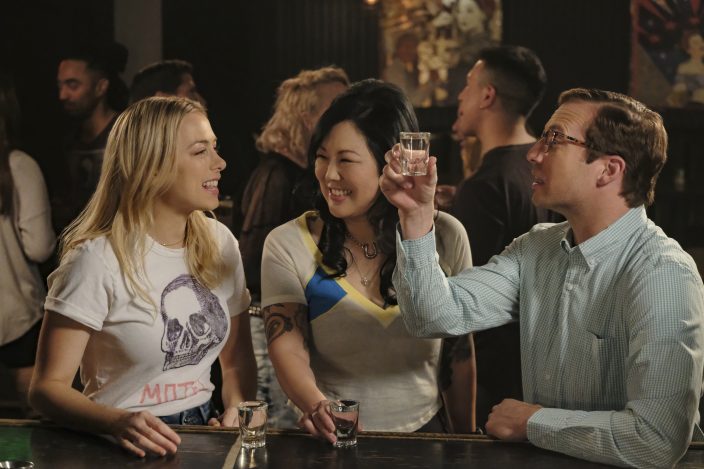 This image released by Netflix shows Iliza Shlesinger, from left, Margaret Cho and Ryan Hansen in a scene from "Good On Paper." (Alex LombardiNetflix via AP)

She also auditions constantly and despite a few breaks in films like “Instant Family,” “Spenser Confidential” and “Pieces of a Woman,” is no stranger to rejection. (It’s just a coincidence that two of them starred Mark Wahlberg.) She is, she likes to say, the queen of the general meeting.

So she didn’t take it for granted when she clicked with a producer who wanted to make "Good on Paper,” which is her first produced screenplay and first leading role in a film. The project is as personal as they come: it’s based on something that really happened to her.

Years ago, Shlesinger met a guy on a plane. Something seemed a little off, but she fell hard. Then it all started to unravel. She realized he’d been lying about everything from day one, from his college to his job on down. The experience was awful, she said, until she started putting it down on the page.

This image released by Netflix shows Iliza Schlesinger, from left, Rebecca Rittenhouse and Margaret Cho in a scene from "Good On Paper." (Netflix via AP)

“It was cathartic, you know? It was a way to make something funny out of something truly horrific,” she said. “The screenplay really became a sort of respite. I was constantly auditioning, constantly getting rejected, always on the road, always doing stand-up. I would turn to this screenplay it would always remind me, you’re in control of your own destiny as an artist.”

In 2018 she met producer Paul Bernon and much to her surprise, when he said he wanted to make the movie, he meant it. They enlisted Kimmy Gatewood to direct. She suggested “Veronica Mars” veteran Ryan Hansen for the role of the lying suitor. Shlesinger hadn’t heard of him but liked that he wanted to “play a liar and a narcissist.”

“A lot of leading men don’t,” she said. “They want to be Captain America.”

This image released by Netflix shows Ryan Hansen, left, and Iliza Schlesinger in a scene from "Good On Paper." (Netflix via AP)

Hansen said he was a fan going in, having known her from the stand-up specials. Although he didn't even meet her until the table reads, he quickly realized, “How incredible she really is and what a good writer and actress and standup (she is)."

“She’s everything,” he said.

Shlesinger called on Margaret Cho to be the best friend and then she and Gatewood had a bit of a free-for-all casting many of their funny friends in other roles. All the parts were just offered. She didn’t want to make anyone jump through hoops.

This image released by Netflix shows Iliza Shlesinger, from left, Margaret Cho and Kimia Behpoornia in a scene from "Good On Paper." (Netflix via AP)

“We really wanted to be generous with this movie. Like, you know your friend is funny, you can trust them with two lines,” she said. “I was doing that because nobody ever did that for me. We have a guy who plays the director in the movie who is an actor who is also is my favorite bartender at our favorite restaurant in L.A. I knew he was an actor. I thought, why not give it to him?”

And on set she took her role as the top person on the call sheet seriously, wanting to make a happy, fun work environment for everyone. Now, she’s just preparing for the world to discover the film.

“This story is actually about an incredibly normal girl who wasn’t hurting anyone and didn’t need to learn a lesson or be taken down a peg,” she said. “I think a lot of women will relate to that.”

This image released by Netflix shows Ryan Hansen, left, and Iliza Shlesinger in a scene from "Good On Paper." (Netflix via AP)

And she hopes this might be a new chapter in her career.

Over quarantine Shlesinger saw a lot of her peers using the lack of a stage as an opportunity to take a break. She kept working. She wanted to stay sharp. 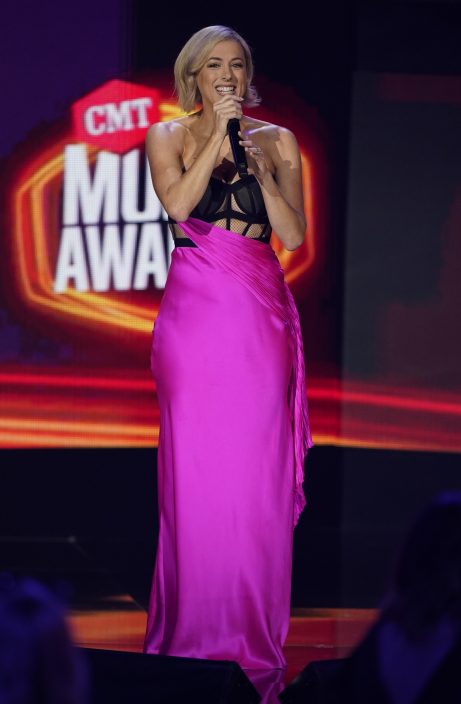 Iliza Shlesinger presents the award for collaborative video of the year at the CMT Music Awards at the Bridgestone Arena on Wednesday, June 9, 2021, in Nashville, Tenn. (AP PhotoMark Humphrey)

“I do have a lot of energy naturally, but there are some nights where I’m just like, ‘What are you doing? Stay home! Have a pizza, watch ‘Frasier’ and go to bed,’” she said.

But it’s just not her nature. And unsurprisingly on her night off in Nashville she wasn’t sitting in the hotel room. She was out finding a stage. 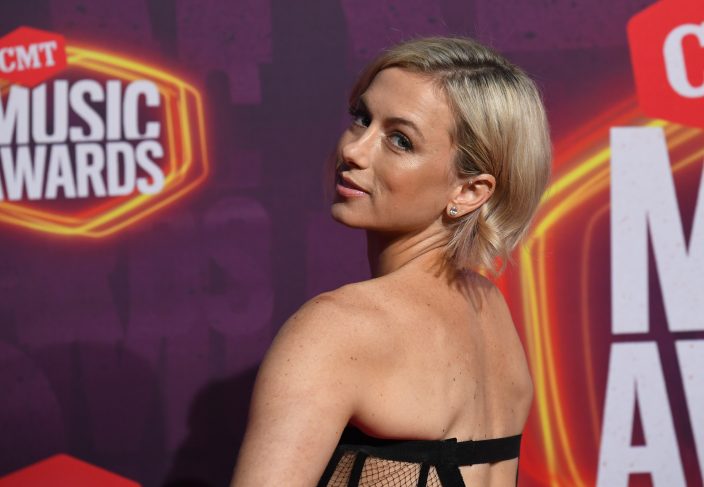