The Tony Awards may be months away, but three groups can already celebrate: The Broadway Advocacy Coalition, “David Byrne’s American Utopia” and Lin-Manuel Miranda's ”Freestyle Love Supreme" are getting special awards.

The American Theatre Wing and the Broadway League announced Tuesday that the three groups will win Special Tony Awards, given to productions or organizations that don’t fit in competitive categories.

The Broadway Advocacy Coalition is an arts-based advocacy nonprofit dedicated to building the capacity of individuals, organizations and communities to use storytelling to dismantle the systems that perpetuate racism. It was founded in 2016 by Jackie Bell, Amber Iman, Cameron J. Ross, Britton Smith, Adrienne Warren and Christian Dante White. 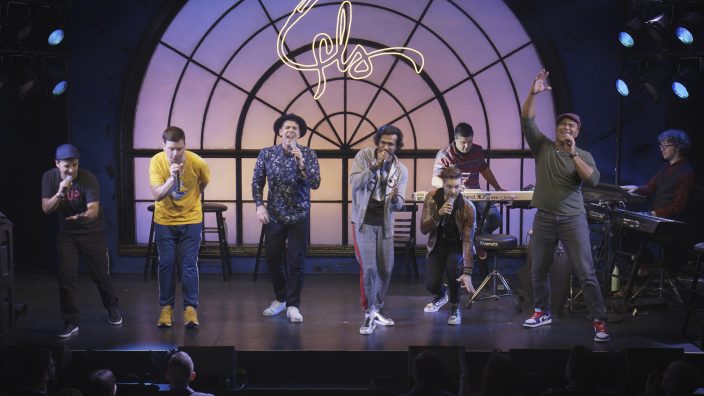 In a statement, the American Theatre Wing and the Broadway League said the coalition “has provided an unparalleled platform for marginalized members of our theatre community and tools to help us all do better as we strive for equity.”

Two high profile shows from the pandemic-shortened season — “Freestyle Love Supreme” and “David Byrne’s American Utopia” will also get special Tonys. They did not provide free tickets for Tony voters and weren’t eligible for competitive awards.

“Freestyle Love Supreme” was created by Miranda, Thomas Kail and Anthony Veneziale. It features a comedic improvisational musical structure and a rotating cast of Broadway performers. Byrne’s acclaimed stage show incorporates Talking Heads classics and other songs; Spike Lee made a film of it for HBO.

The American Theatre Wing and the Broadway League said both shows "take theatre to the next level, delivering outside-of-the-box presentations that have gone beyond the stage and brought theatre into the homes of millions of people around the world,”

The Tony Awards are set for Sept. 26.