Zack Greinke took a four-hitter into the eighth inning, Myles Straw homered and drove in two runs, and the Houston Astros beat the Baltimore Orioles 3-1 Tuesday night for their ninth straight victory.

Greinke (8-2) allowed one run and five hits with four strikeouts and a walk over 7 1/3 innings. Facing the Orioles for the first time since 2010, the 37-year-old righty permitted only one runner past second base in lowering his ERA to 3.56.

Brooks Raley got two strikeouts in the eighth and Ryan Pressly finished for his 11th save in 12 tries. 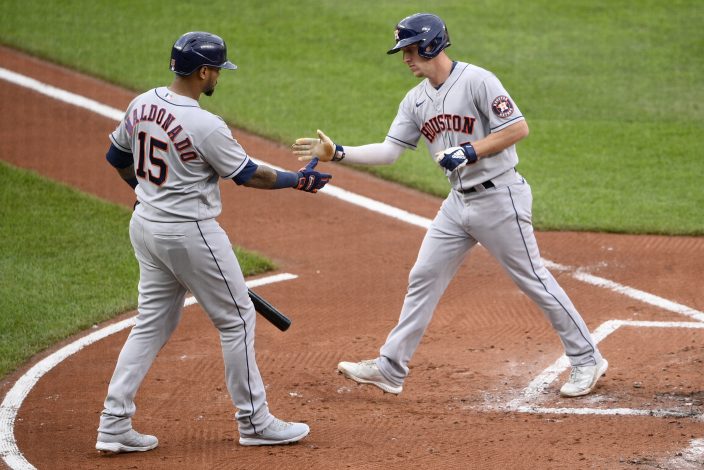 Straw hit a solo shot in the second inning and singled in the tiebreaking run in the seventh before Chas McCormick added a sacrifice fly in the eighth.

Riding their longest streak since a 10-game run in May 2019, the Astros own the best record in the AL (45-28). Houston has won seven straight series after taking the first two of this three-game set. 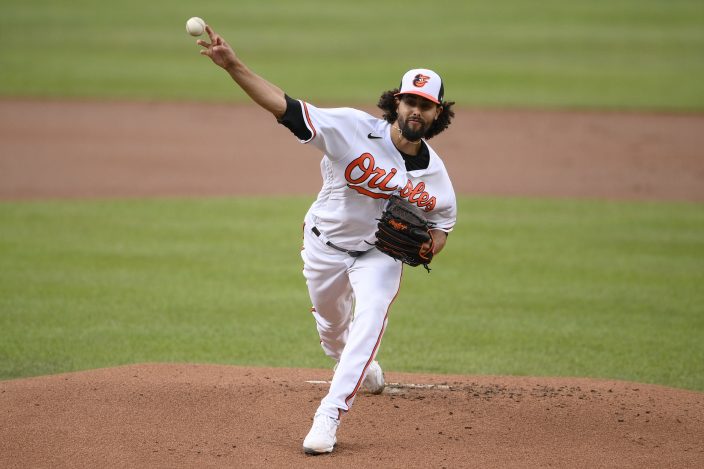 Straw put the Astros up 1-0 with his third home run in 432 career at-bats. The liner to left was initially ruled a double, but the call was overturned after a replay showed the ball clearing the 7-foot wall — and the glove of leaping outfielder Austin Hays — before bouncing back onto the field.

Baltimore used a walk, a single and a fly ball by Cedric Mullins to tie it in the third.

López was lifted in the seventh after McCormick led off with an infield hit. Shaw greeted Hunter Harvey with an opposite-field bloop to right that landed in front of a diving DJ Stewart, and by the time the outfielder retrieved the ball and got it to the plate, McCormick had already scored. 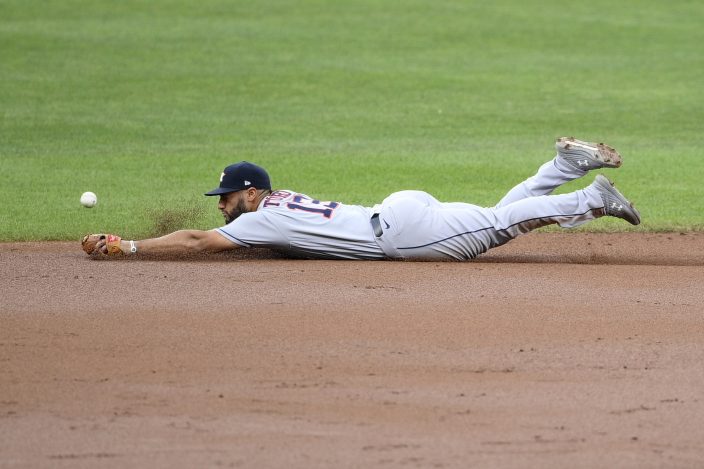 REST FOR THE WEARY

Astros SS Carlos Correa was given the day off after going the distance Monday night in a game that lasted 3:40 and featured rain delays totaling 1 hour, 41 minutes. Houston manager Dusty Baker originally planned to sit Correa later this week in Detroit before the Monday marathon “kind of messed up our plans.”

Astros: RHP Pedro Báez (shoulder) threw around 20 pitches off the mound Tuesday in West Palm Beach, Florida, and hopes to throw on the side again Wednesday. “He said his shoulder is feeling great," Baker said of the former Dodgers reliever, who has yet to play this season. ... OF Kyle Tucker is on the verge of returning after being placed on the injured list on June 15 with an illness. ... RHP Josh James (left hip surgery) is “about ready to go" on a rehab assignment with Class A Fayetteville, according to Baker.

Orioles: LHP Bruce Zimmermann (biceps tendinitis) will be sidelined at least two or three more weeks, manager Brandon Hyde said. The rookie last pitched on June 13. ... OF Anthony Santander missed a second straight start with a tender left ankle. He struck out as a pinch-hitter.

The Orioles selected the contract of RH knuckleballer Mickey Jannis from Triple-A Norfolk and designated RHP Mac Sceroler for assignment. Jannis has never pitched in the majors.