A look at what's happening around the majors on Wednesday:

WHO NEEDS A DH?

Two-way star Shohei Ohtani is back on the mound, taking on Kevin Gausman and the Giants at Angel Stadium.

Because the game is being played in an American League park, it has the potential to be the first where an NL team uses a designated hitter and the AL team does not. Ohtani has hit for himself in seven of his starts this season and went into Tuesday tied for the major league lead with 23 home runs. 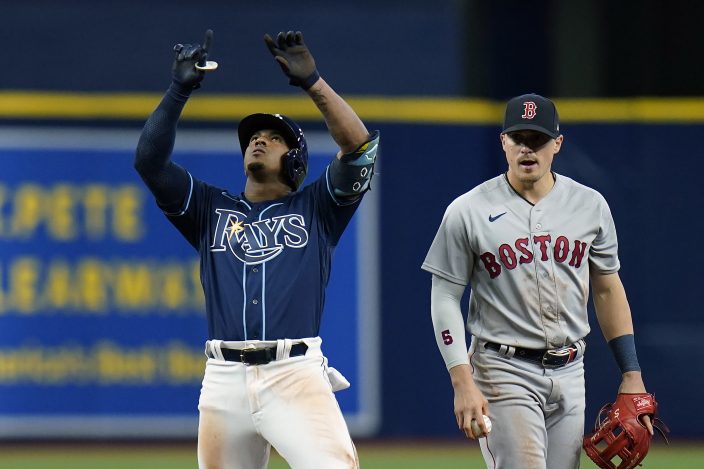 “Looking at Ohtani in person and how physical and athletic he is, and then seeing it, you know, play out in the numbers, it’s no easy task to get that dude out,” Giants manager Gabe Kapler said. “So we’ll have to be creative and figure out a way.” 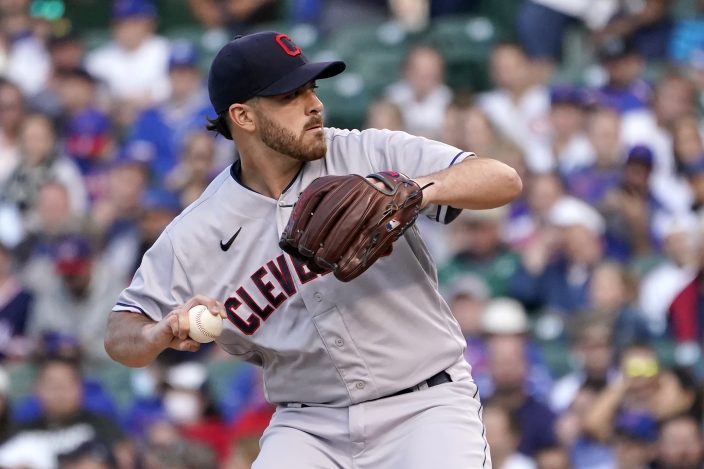 Wander Franco homered and doubled in his major league debut for Tampa Bay, showing why the 20-year-old infielder was considered the best prospect in the minor leagues. Called up from Triple-A earlier in the day, Franco connected for a three-run homer against Boston at Tropicana Field on Tuesday night. ... Marlins lefty Trevor Rogers (7-3, 1.87), who leads all MLB rookies in wins, ERA and strikeouts, is scheduled to start at home against Toronto. Blue Jays outfielder George Springer went 0 for 4 on Tuesday night in a 2-1 win over Miami. He was activated after missing 66 of the first 70 games because of a strained right quadriceps.

Dealing with a whirlwind of injuries this week and all season, the New York Mets finally expect to get Michael Conforto back from a strained hamstring when they host Atlanta in the finale of a four-game series. However, the NL East leaders are hoping pitcher Marcus Stroman is not seriously hurt.

Stroman, the team’s most durable starter this season, exited Tuesday night’s outing in the second inning because of a sore left hip.

Conforto is ready to come off the injured list, but the right fielder wasn’t activated Tuesday after Triple-A Syracuse’s scheduled game was postponed to allow for more COVID-19 testing and contact tracing within the organization. Conforto spent last weekend on a rehab assignment with Syracuse, so the Mets said they decided not to reinstate him Tuesday “out of an abundance of caution.”

The club said Conforto tested negative Tuesday night and it plans to activate him before Wednesday’s game. He has been sidelined since straining his right hamstring on May 16.

Major league wins leader Aaron Civale will be checked by a doctor because of soreness in the middle finger on his pitching hand, another setback for the Cleveland staff.

“My guess is we will need to make a roster move,” Indians manager Terry Francona said Tuesday. “Because of tomorrow’s day off, we can let him get looked at first. But I think we’re prepared that he’s going to miss some time.”

The Indians already are missing ace Shane Bieber and right-hander Zach Plesac because of injuries.