The Padres improved to 6-3 this season against the Dodgers and will go for a three-game sweep on Wednesday night. 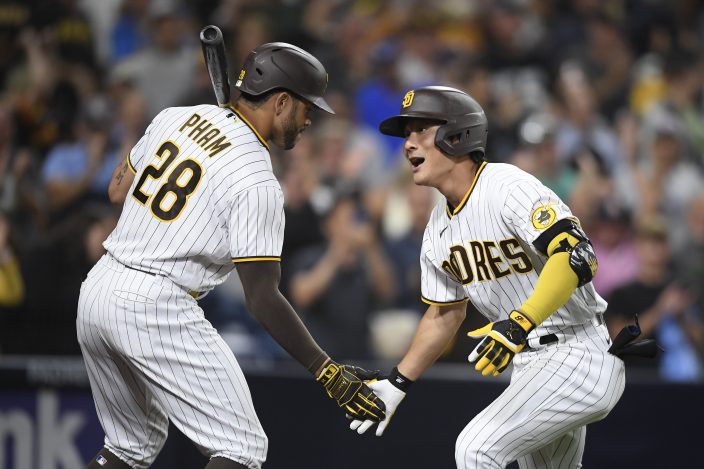 With the sellout crowd of 42,667 on its feet in the ninth, Padres shortstop Fernando Tatis Jr. raised both arms and third baseman Manny Machado raised his right arm to celebrate as right fielder Wil Myers ran down Justin Turner's slicing liner to end it.

Snell (3-3) got his first victory in four career starts against the Dodgers, including three this year. He didn't factor into the decision in either outing earlier this season.

Snell was pulled from Game 6 of the World Series by Tampa Bay manager Kevin Cash with the Rays leading the Dodgers 1-0 in the sixth inning. The Dodgers won the game and the Series. Snell was traded to the Padres on Dec. 29. 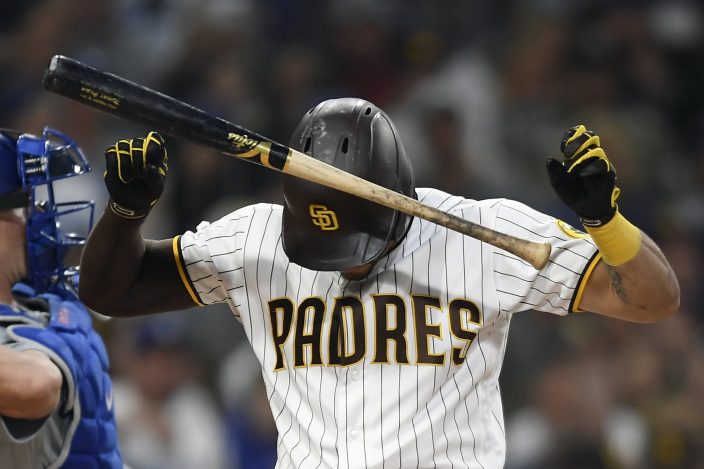 San Diego Padres' Tommy Pham (28) slams his bat into his helmet after striking out during the third inning of a baseball game against Los Angeles Dodgers Tuesday, June 22, 2021, in San Diego. (AP PhotoDenis Poroy)

The left-hander, who won the 2018 AL Cy Young Award, held the Dodgers to four hits while striking out five and walking three.

Mark Melancon pitched the ninth for his 22nd save. Before he could take the mound, though, he was checked by two umpires for sticky substances. He allowed Austin Barnes' pinch-hit homer with one out. 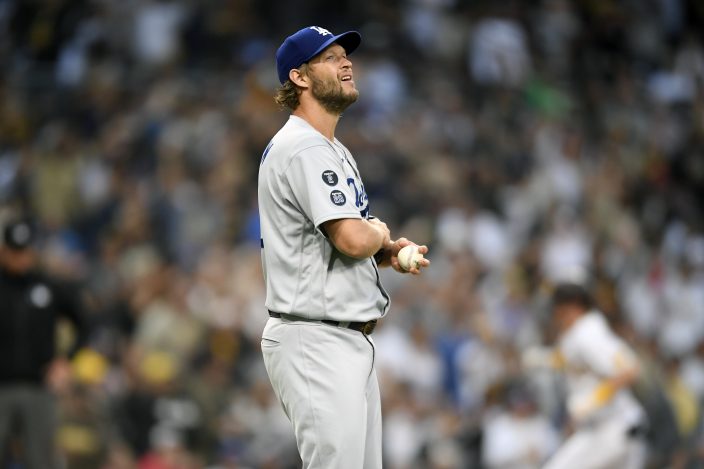 Kershaw (8-7), a three-time NL Cy Young Award winner who doubled up in 2014 by also winning the MVP award, allowed three runs and four hits, struck out seven and walked two in six innings.

He allowed Cronenworth's two-run homer to right with one out in the first, his 10th. Tommy Pham was aboard on a leadoff walk. Cronenworth also hit a two-run homer in Monday night's 6-2 win.

Kim didn't start after injuring his right index finger Monday night but was OK enough to drive a curveball from Kershaw into the left-field seats while pinch-hitting for Snell with one out in the fifth. It was his fifth. 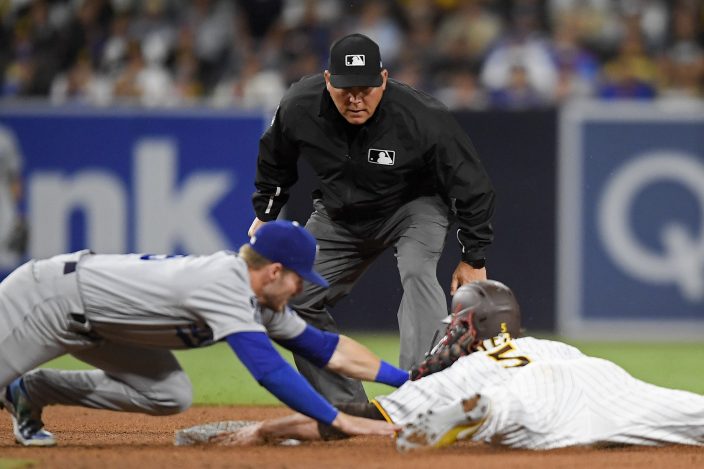 The Dodgers got a run in the eighth when Smith grounded into a double play with the bases loaded. Padres third baseman Machado tagged Turner and then threw to second for a force. Rookie Mason Thompson came on to make his big league debut. He walked Max Muncy before getting AJ Pollock to ground to Machado for a force.

Steve Garvey, who starred with the Dodgers for 14 seasons before signing as a free agent with the Padres before the 1983 season, watched from a seat right behind home plate. He helped lead the Dodgers to the 1981 World Series title. In 1984, he hit what is still considered the biggest home run in Padres history, a walk-off shot in Game 4 of the NLCS against the Chicago Cubs at Jack Murphy Stadium. The Padres won the next day to reach their first World Series.

Dodgers: Activated Muncy from the 10-day injured list. He missed eight games with a strained right oblique. OF Zach Reks was sent back to Triple-A a day after making his big league debut.

Padres: Kim didn't start a day after injuring the index finger on his throwing hand while fielding a grounder by Smith. Manager Jayce Tingler said there was still a bit of swelling in the finger and Kim went through a pregame workout. X-rays taken Monday night were negative.

RHP Trevor Bauer (7-5, 2.45 ERA) of the Dodgers and RHP Joe Musgrove (4-6, 2.28) of the Padres meet in another marquee matchup in the series finale Wednesday night. Bauer won the 2020 NL Cy Young Award with Cincinnati and Musgrove threw the first no-hitter in the history of his hometown Padres on April 9 at Texas.