Premier Mario Draghi defended the independence of Italy’s parliament on Wednesday in the face of formal objections by the Vatican to a proposed law that would extend additional discrimination protections to the LGBT community.

“Ours is a secular country,” Draghi said in an address to the Senate. “Therefore, it is not a religious state.”

Many Italians have expressed concern and outrage over Vatican interference after its secretary of state delivered a formal communication last week objecting to a proposed law that would add women and people who are gay, transgender or have disabilities to those protected under a law banning discrimination and punishing hate crimes. It has been stalled in the Senate by the right-wing since being passed in the lower house in November. 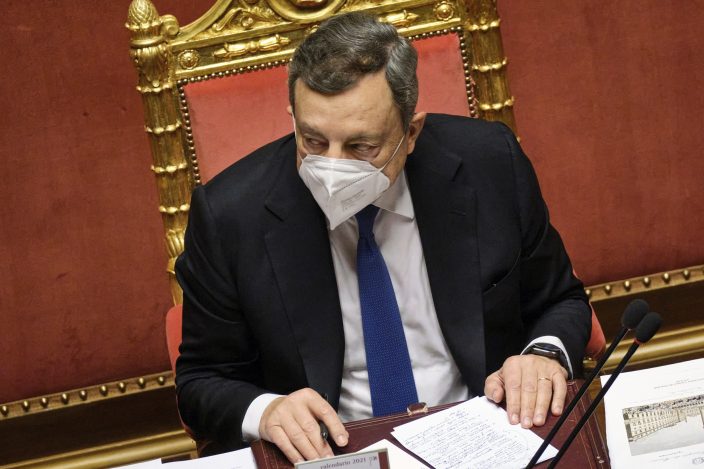 The letter indicated the Vatican’s concern that the law would limit Catholics' right to express their religious beliefs as guaranteed by treaties establishing diplomatic relations between Italy and the Vatican. It notes that the law would would require Catholic schools, like their public counterparts, to organize activities on a national day to fight homophobia and transphobia.

Draghi, who received a Jesuit education, emphasized that Italy’s legislative process has the necessary protections to ensure that any laws respect both the Italian constitution and any international agreements.

Draghi also pointed out that Italy was among 16 European nations that have expressed their disapproval of Hungary’s new anti-LGBT law banning portrayals of homosexuality and sex reassignment in school educational materials and TV programs for those under 18. Critics say the Hungarian law unfairly links homosexuality with pedophilia. 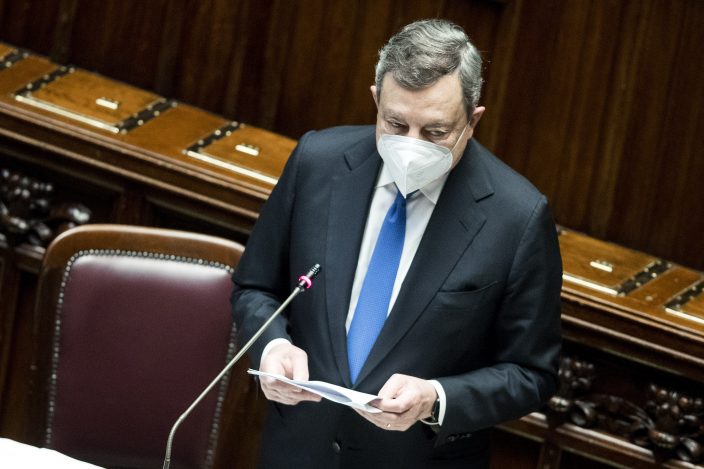 Italian Prime Minister Mario Draghi addresses the Chamber of Deputies on the next European Council meeting taking place June 24 and 25, in Rome, Wednesday, June 23, 2021. Italy’s leader is pitching for tourists to start coming from the United States, Canada and Japan to give a vitally needed boost to Italian hotel and restaurant businesses. (Roberto MonaldoLaPresse via AP)