Jeff Gordon will leave the Fox Sports booth to take a daily role at Hendrick Motorsports as vice chairman and the second-ranking team official to majority owner Rick Hendrick.

Wednesday's announcement positions the four-time champion and Hall of Famer to one day succeed the 71-year-old Hendrick at the top of NASCAR's winningest organization.

Gordon will formally begin the executive management role at the start of 2022. 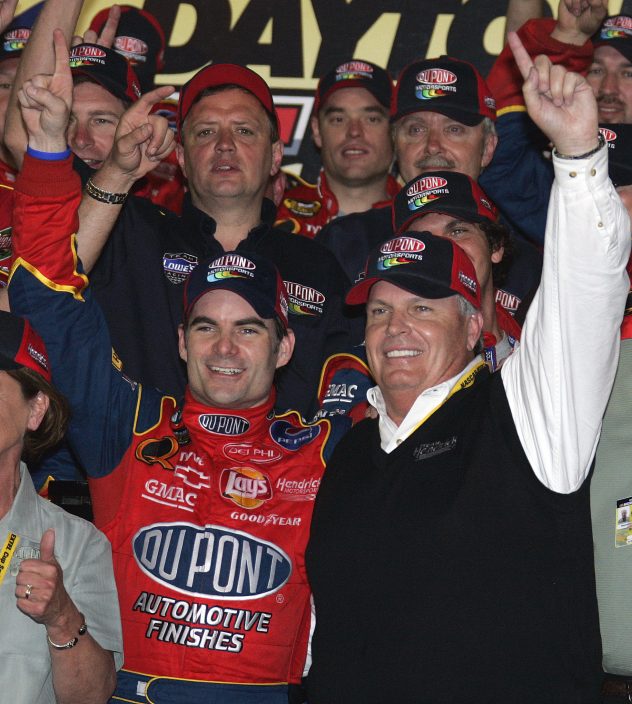 “Jeff and I have talked about this for many years and I feel it’s a natural evolution for him and our company,” Hendrick said. "He understands our culture, our values, and the importance we place on our people and our partnerships. I couldn’t be more energized about working arm-in-arm with him and cementing the future of Hendrick Motorsports together.”

Gordon joined Hendrick Motorsports for the final Cup race of the 1992 season and launched one of the greatest careers in NASCAR history. He won 93 races — third on the all-time list — and four Cup titles before retiring in 2015.

He joined the Fox Sports booth the next year but maintained an active role with the team as Hendrick’s only partner in the 13-time championship organization. Gordon became an equity owner at Hendrick in 1999 and was listed as co-owner of the No. 48 car when it was created in 2001 for seven-time NASCAR champion Jimmie Johnson. 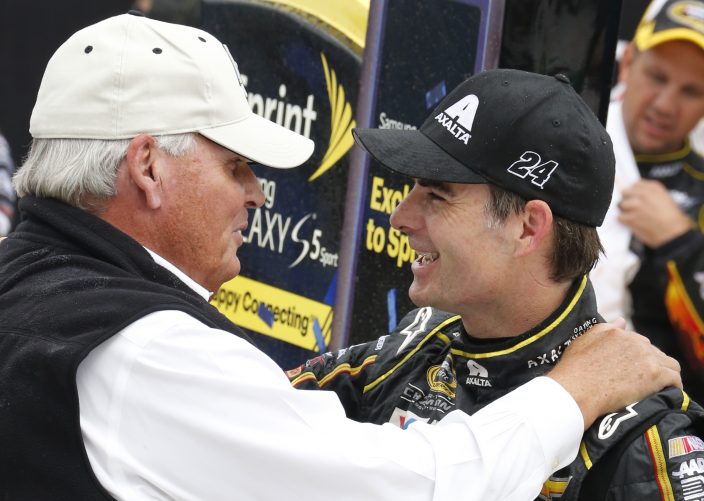 “I cannot put into words what Hendrick Motorsports means to me,” Gordon said. “It’s my home and the people here are my family. I’ve never lost my passion for the organization, for our sport, and for the sheer challenge of racing and winning at the highest level.”

Gordon was also active in bringing Kyle Larson into the Hendrick organization this year following Larson’s almost season-long NASCAR suspension for uttering a racial slur during a virtual race. Larson has been to victory lane in four consecutive Cup races and leads the Cup Series with four points wins. Hendrick drivers have won six consecutive races dating to the May 16 victory at Dover by Alex Bowman, who took over the No. 48 this season following Johnson’s move to IndyCar.

“I’ve always been impressed with his business instincts. On some level, he’s been involved in every major decision we’ve made over the last two decades, and his influence has continued to grow since he stopped driving,” Hendrick, who is also CEO of Hendrick Automotive Group, said of Gordon.

As vice chairman and co-owner, Gordon will work daily with the team, focusing on the organization’s competition and marketing groups. He will report to Rick Hendrick and work alongside president Marshall Carlson and general manager Jeff Andrews.

“Being part of the competition is where I’m happiest and feel I can make the biggest contribution to the continued, long-term success of the team," Gordon said. "Rick and I have a shared vision, which is based on the values he’s instilled, the culture he’s built and our desire to be the very best in all categories, on and off the track.”

Hendrick Motorsports becomes the first team in NASCAR to publicize its long-term succession plan. The ownership group of the top Cup teams is not young: Roger Penske is 84, Joe Gibbs is 80, Jack Roush is 79 and Richard Childress is 75.

“I love racing and competing, and Jeff is the only person I know who hates to lose as much as I do," Hendrick said. “I feel great physically and have no plans to go anywhere anytime soon, which is exactly why it’s the right time.”

Gordon will continue to work as a Fox broadcaster through the end of the year.