Lucky loser Max Purcell's unlikely run continued when he reached the quarterfinals by defeating top-seeded Gael Monfils at the grass-court Viking International in Eastbourne on Wednesday.

The 283rd-ranked Australian beat the Frenchman 6-4, 5-7, 6-4 after trailing 3-0 in the deciding set to secure the biggest win of his career. It's the first time the Purcell has made a tour-level quarterfinals.

“About the last nine months I've really been struggling to get into any singles events, it's been primarily doubles, so to get a run here on my favorite surface is great,” the 23-year-old Purcell said on court after eliminating the 16th-ranked Monfils. 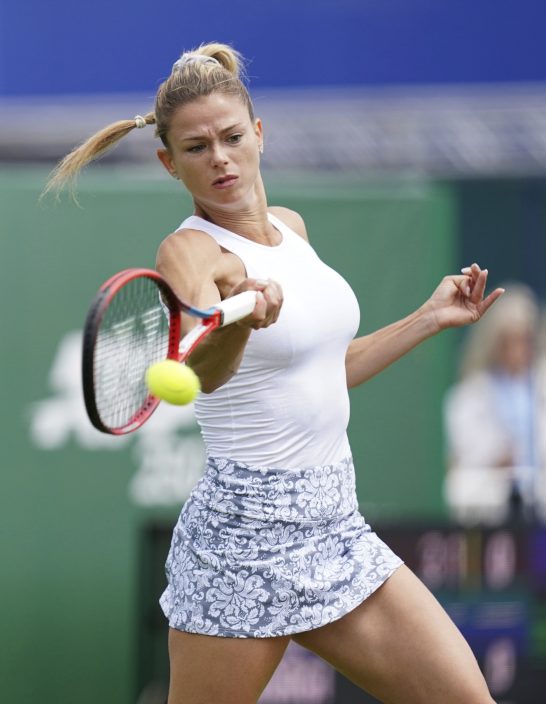 “I was lucky to be in the main draw ... with that lucky loser spot, but I'm taking full advantage of it.”

Purcell next faces another lucky loser — Andreas Seppi — on Thursday for a shot at the semifinals in the Wimbledon warmup tournament. The ATP said it's the latest that two lucky losers have met at a tour-level event since the tour started in 1990.

“I kind of seem to pride myself on my fitness and my ability to just back up matches,” he said. “I was just going to come out and have a go.”

There were surprises on the women's side, as well.

Top-seeded Aryna Sabalenka of Belarus advanced with a 6-4, 6-1 win over Alison Riske of the United States.

Italian qualifier Camila Giorgi advanced by beating Shelby Rogers of the United States 6-3, 4-6, 6-2. Giorgi was a quarterfinalist at Wimbledon in 2018.