India Walton, a socialist community activist, has defeated the four-term mayor of Buffalo in a Democratic primary, putting her on track to become the first woman to lead New York's second-largest city.

The 38-year-old nurse and union leader captured a major political prize for the party's left wing with her victory over Mayor Byron Brown.

The Associated Press called the race Wednesday after it became clear there weren’t enough absentee ballots for Brown to overcome Walton’s lead. She had declared victory Tuesday night. 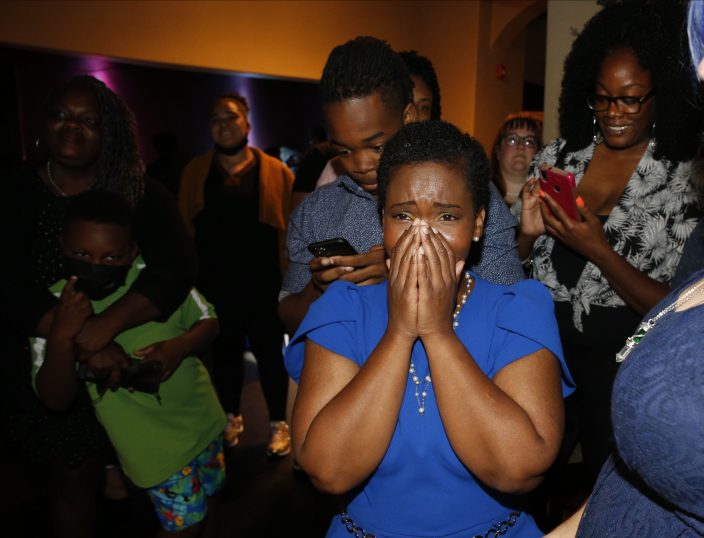 As her apparent upset win sunk in, Walton paced on a darkened Buffalo street, putting her hand to her forehead and bowing in disbelief in a moment captured on camera.

“Mommy!” the 38-year-old nurse and union representative shouted into her phone. “I won! I’m the mayor of Buffalo!”

Walton is all but assured to win the general election in November. There is no Republican candidate in the race. 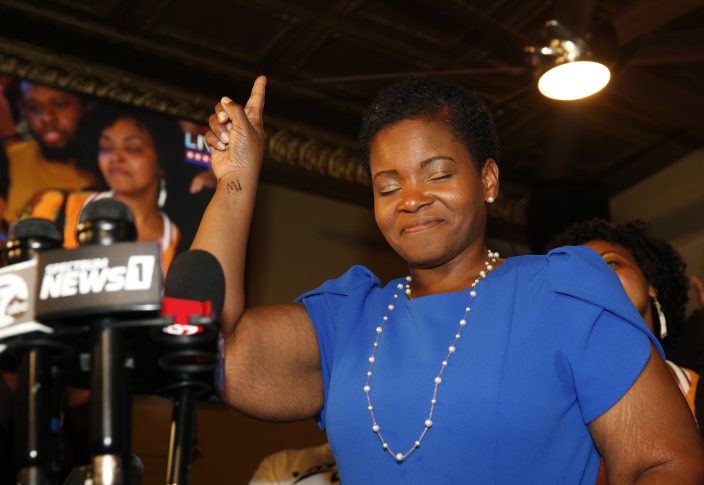 Democratic Buffalo mayoral primary candidate India Walton delivers her victory speech after defeating incumbent Byron Brown, on Tuesday, June 22, 2021 in Buffalo, N.Y. The 38-year-old nurse and union leader pulled off the surprise victory with the backing of the Democratic Socialists of America in a campaign focused on affordable housing, health care and criminal justice reform.(Robert KirkhamThe Buffalo News via AP)

Walton was born in Buffalo’s economically depressed east side and became a working mother at 14. After earning her GED while pregnant, she went on to become a nurse in the same hospital where her twins were born.

On the campaign trail, she said Buffalo’s much-talked-about renaissance of recent years, marked by the transformation of the city’s waterfront and medical campus, has passed too many residents by.

“All that we are doing in this moment is claiming what is rightfully ours,” Walton told cheering supporters inside a city nightclub. “We are the workers. We do the work. And we deserve a government that works with and for us.”

The victory in her first run for office came with the backing of the Democratic Socialists of America, the Working Families Party and the progressive People's Action in a campaign focused on affordable housing, health care and criminal justice reform.

Asked by reporters if she identified as a socialist, she said, “Oh absolutely."

“I’m just excited to be a part of this movement that is ushering progressive politics into Buffalo,” she told reporters. “Being the third-poorest mid-sized city in this country, we should be considering how we begin to eradicate concentrated poverty and disadvantage, and Democratic socialist leanings are a big step in getting us there.”

Brown, who matched the record for Buffalo's longest-serving mayor and was a long-time ally of Gov. Andrew Cuomo, did not immediately concede following a low-key campaign in which he largely ignored his challengers and declined Walton's request to debate.

Both Brown and Walton are Black.

“(It's) the strength of Walton herself, her steady emphasis on working class politics, and the many volunteers in Buffalo who allowed a first-time candidate to beat a four-term incumbent,” he said in an email.

Bhaskar Sunkara, founding editor of socialist magazine Jacobin, said Walton’s win against a well-known, incumbent was “the first and most significant victory at the executive level in modern U.S. history” for a candidate running as a socialist.

“We shouldn’t understate that,” he said.

Sunkara said Walton’s win in Buffalo — a Rust belt city once home to a thriving manufacturing base and the western terminus of the Erie Canal — could suggest an opening for socialists in similar cities nationwide.

One potential opponent for Walton in the general election, Scott Wilson, filed paperwork to appear as a candidate on an independent line, Better Buffalo, but his designating petitions are being challenged for falling short of signatures.

Election officials are expected to rule on the matter Thursday.

The Vatican on Wednesday strongly ...