Chase Koepka is getting his chance to play in the Travelers Championship — a year late.

The brother of four-time major champion Brooks Koepka earned his way into the tournament last year in the Monday qualifier. But he wound up withdrawing after playing a practice round alongside someone who had tested positive for COVID-19: Brooks’ caddie.

“I just felt bad for my brother,” Brooks Koepka said on Wednesday as he prepared for this year’s event at the TPC River Highlands outside of Hartford, Connecticut. “He was playing so good, too.” 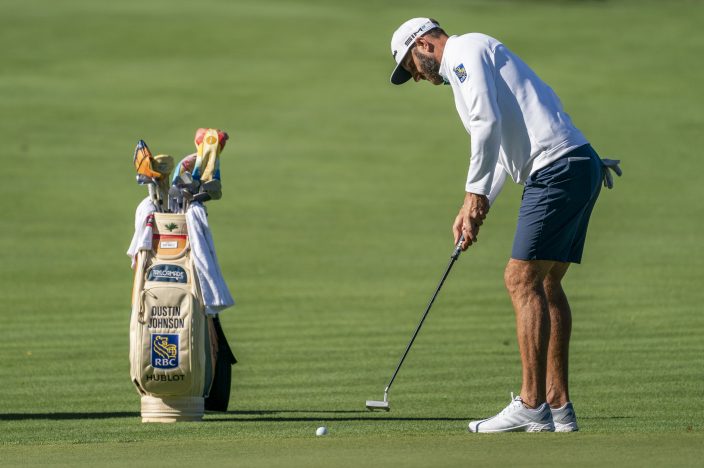 Unlike his older brother, a former world No. 1 who can play any week he wants, Chase Koepka is a minor league tour regular who relies on sponsor’s exemptions and Monday qualifiers to play on the PGA Tour.

Last year, he won a spot in the Travelers in a Monday playoff. It would have been just his second regular PGA Tour event. (He has also joined his brother to play in the Zurich Classic, which has two-person teams.)

“I don’t think people really understand how hard it is to Monday into a tour event,” Brooks Koepka said this week. “I think if I went out and tried to Monday into every PGA Tour event, I might get two or three of them. It’s very difficult. It’s very demanding.”

After the brothers shared a house that night, they played nine practice holes with Graeme McDowell and Shane Lowry. McDowell’s caddie tested positive on Tuesday, so Brooks Koepka’s caddie, Ricky Elliott, was tested on Wednesday morning; that also came back positive.

Neither Brooks nor Chase Koepka tested positive, but they both withdrew to be cautious.

Chase Koepka said organizers discussed with him the possibility of playing alone, or in a mask. But in the weeks after the tour resumed — the Travelers was the fourth event after the two-month pandemic shutdown — less was known about the virus and there was concern over an outbreak that would shutter the entire endeavor.

To reward his selflessness, tournament organizers guaranteed him a spot in this year’s tournament; the PGA Tour also created a spot in the field for him at Muirfield Village last year — the event following the Travelers.

The 2021 Travelers will be Chase Koepka’s fifth career PGA Tour start. His brother thinks the course lays out well for him.

“Hopefully he can put together a good week and somehow find his way into contention,” Brooks Koepka said.

Defending champion Dustin Johnson was knocked from the No. 1 spot in the world after 43 weeks when Jon Rahm won the U.S. Open.

“I'd been there for a while,” he said. “A good week this week, I think I could get right back there.”

Johnson is right: Rahm isn't playing this week and his lead over Johnson in the rankings is slim, meaning Johnson could overtake him with a high finish.

Johnson came into the 2020 Travelers in a bit of a slump: Although he had finished tied for second at the Masters, and alone in second at the PGA Championship, he hadn’t won in 490 days.

His win at TPC River Highlands gave him 13 straight seasons on tour with a victory, and he followed it up with three more wins in 2020, including the Tour Championship and the Masters in November.

He has yet to win since the calendar flipped to 2021, though he had a top 10 at the Palmetto Championship the week before the U.S. Open, where he tied for 19th.

“Since January, I haven’t played as well as I would have liked to,” he said. “But I feel like the game is starting to come around at the right time.”

Rickie Fowler announced this week that he and his wife, pole vaulter Allison Stokke, are expecting their first child, a daughter. The couple was married in 2019.

“Everyone tells me it’s life-changing,” he said. “I’m looking forward to it. I’m sure over the next few months I’ll continue to think about it, but won’t really know until the little one shows up and we know exactly what we’re going to do from there.”

Fowler arrived at the Travelers well-rested — a little more well-rested than he'd like after failing to make the U.S. Open field; he also failed to qualify for the Masters for the first time in his career.

But that opened a spot in his calendar for his first trip to Hartford since 2013.

“It was always tough being the week after the U.S. Open for me, I feel like. I typically don’t like to play the week after a major,” he said. “But with where we’ve been at ... just felt like adding some events to the schedule.”