Director Heidi Ewing makes a powerful narrative debut with “ I Carry You with Me,” a dreamy and tender, decades-spanning story about love, sacrifice, memory and immigration.

The central character is Iván (Armando Espitia), an aspiring chef who we meet in Mexico as he’s struggling to get a spot in a kitchen and to make enough money to support his son. His boss, who has him washing dishes and fixing toilets, tells him to be patient. Iván’s culinary school degree and talent are of no interest to the boss, who fills an open kitchen position with a relative in need.

Then one night Iván meets the handsome Gerardo (Christian Vázquez), a teacher who, unlike him, is out as a gay man. They begin a passionate affair that Iván tries to keep secret from everyone. He fears that his son’s mother won’t let Iván see him if he’s outed and his own mother won’t understand. When it looks like he’s about to be exposed, he makes the decision to cross over into America with his best friend, Sandra (a heartbreakingly good Michelle Rodríguez), and to just leave it all behind for the hope of better opportunities in the U.S. The way the characters living in Mexico talk about those who’ve made “the crossing,” it sounds akin to disappearing forever. New York is hardly a promised land for Iván at first either, who is still not able to get a break in a kitchen and ends up working as a janitor and deliveryman. He’s also achingly lonely and isolated, with only Gerardo as a lifeline.

The film cuts back and forth between past and present freely, with some devastating flashbacks to both Iván and Gerardo’s childhoods and their fraught relationships with their own fathers.

Because of the structure, we know early that Iván achieves his dream and makes it as a chef in New York. But it also becomes abundantly clear that his promises to return to his son have not been fulfilled. There are too many complications with being undocumented and the threat of deportation looms always. It’s a gut punch to realize on one of their facetime conversations that the little boy he left in Mexico is now a grown man. Ewing, who has previously co-directed documentaries, co-wrote the screenplay with Alan Page Arriaga. They based it on the real story of an acclaimed New York chef. The project even started out as documentary before evolving into a hybrid of sorts, with actors portraying the younger versions of Iván and Gerardo. The way the non-linear elements come together sometimes disrupts the overall flow and poignancy of key moments, but the film is always engaging and emotionally authentic.

Mexican cinematographer Juan Pablo Ramírez does wonders with the camera, too, capturing the very different energies of Mexico and New York. Mexico also exists mainly as a nostalgic idea for Iván and is given an even dreamier quality.

“I Carry You with Me” couldn’t be any more specific about the trials of an undocumented gay couple trying to carve out a place for themselves, but it’s that specificity that makes its themes and emotions all the more universal. By the end, Iván’s losses, triumphs and memories good and bad start to feel like your own. 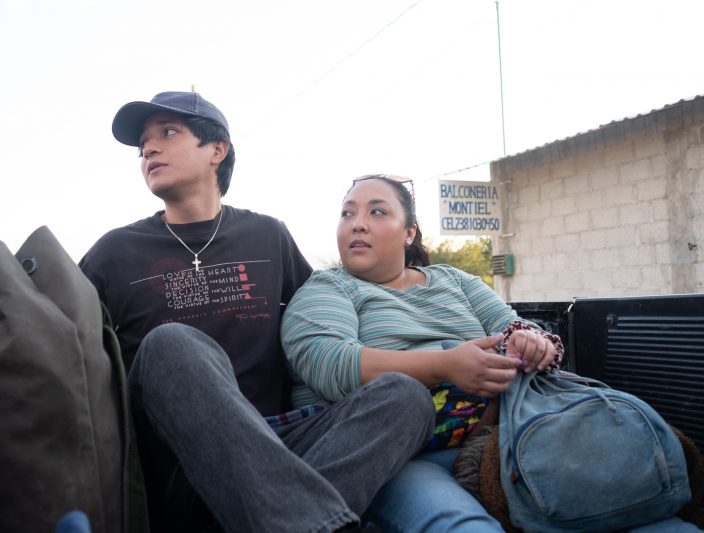 “I Carry You with Me,” a Sony Pictures Classics release in theaters Friday, is rated R by the Motion Picture Association of America for “language and brief nudity.” Running time: 111 minutes. Three stars out of four. 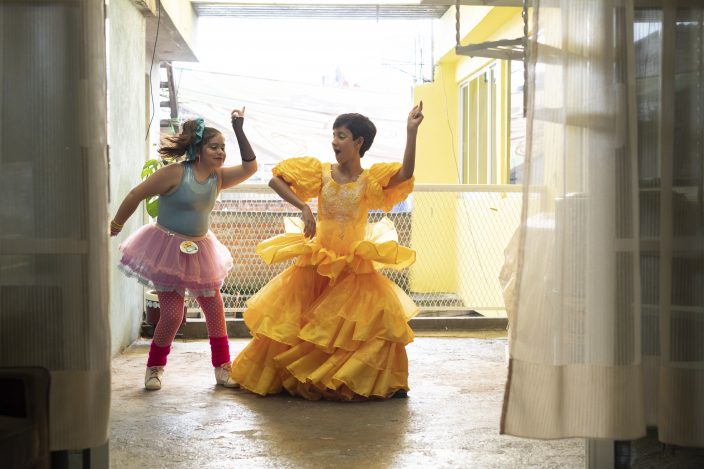