A pedestrian bridge collapsed over a highway in the nation's capital on Wednesday, sending five people to the hospital. Traffic was expected to be snarled for hours.

The collapse happened just before noon along Interstate 295 in Northeast Washington.

Investigators believe a truck struck the bridge, causing it to come loose and collapse, said Chris Geldart, the acting deputy mayor for public safety. Several other vehicles were also involved in the collapse. He cautioned that the investigation was still in its preliminary stages. 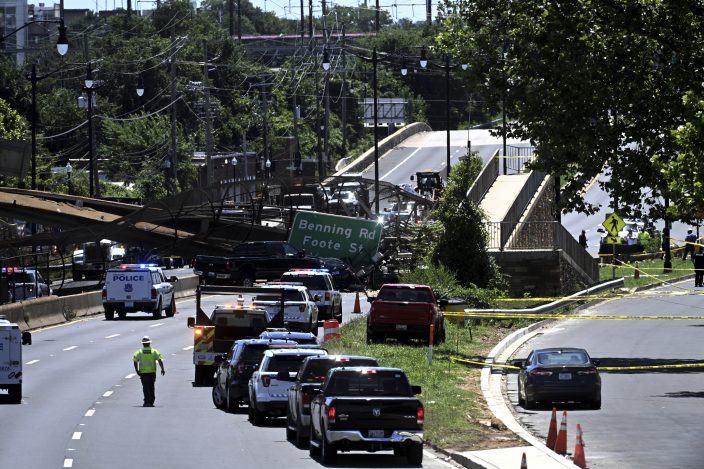 The five people taken to the hospital had non-life-threatening injuries, Geldart said.

Chunks of concrete and other debris were strewn across the highway, and both directions of traffic were expected to be closed at least until late Friday. The bridge was lying atop the truck, which was leaking diesel fuel along the roadway, officials said.

There were no recent reports of structural concerns about the bridge, and it was last inspected by officials in February, Mayor Muriel Bowser said. 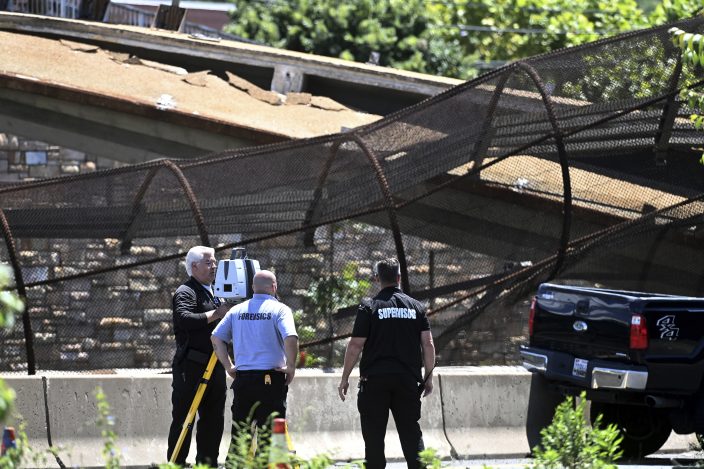