The Boston Celtics have hired Brooklyn Nets assistant Ime Udoka to be their new coach, a person familiar with the decision told The Associated Press on Wednesday.

The person spoke on the condition of anonymity because the deal had not been announced.

The hiring was first reported by ESPN. 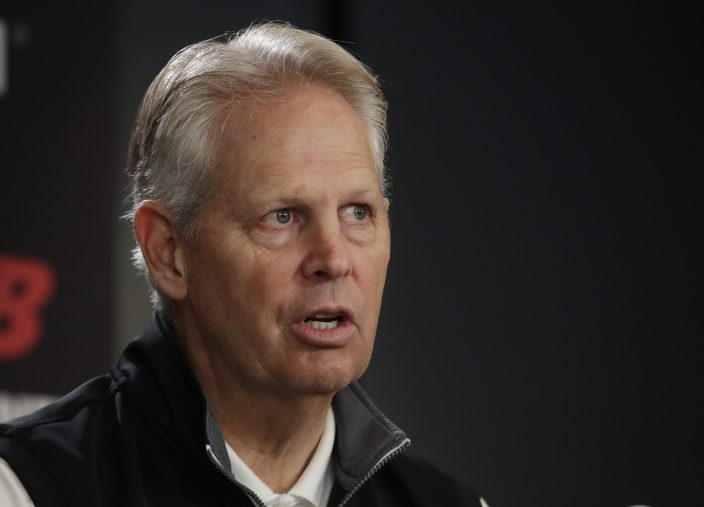 FILE - Boston Celtics basketball general manager Danny Ainge speaks during a news conference in Boston, in this Monday, June 24, 2019, file photo. The Boston Celtics are beginning their offseason with a shakeup of the front office and coaching staff, with team president Danny Ainge stepping down and coach Brad Stevens moving into the front office, a person with direct knowledge of the moves said Wednesday, June 2, 2021. (AP PhotoElise Amendola, File)

Udoka, 43, played a total of 316 games over seven seasons with five NBA teams before retiring in 2012 and joining Gregg Popovich's staff in San Antonio as an assistant coach. He was with the Spurs for seven seasons, including in 2013-14, when they won the NBA title.

Udoka joined the Philadelphia 76ers in 2019 and was with the Nets last year.

Udoka takes over a Celtics team that reached the Eastern Conference finals in three of the previous four seasons before plummeting to the No. 7 seed this year and losing in the first round to Brooklyn. After the five-game loss to the Nets, basketball boss Danny Ainge retired and coach Brad Stevens gave up his spot on the bench to replace him. 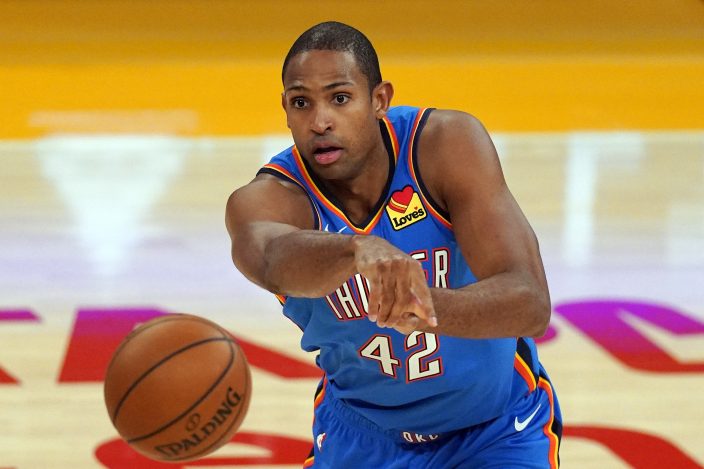 FILE - In this Feb. 8, 2021, file photo, Oklahoma City Thunder center Al Horford passes the ball during the second half of an NBA basketball game against the Los Angeles Lakers in Los Angeles. The Boston Celtics traded point guard Kemba Walker to Oklahoma City for Al Horford, a person with knowledge of the deal told The Associated Press on Friday, June 18, 2021. (AP PhotoMark J. Terrill, File)

Once primed to compete for a spot in the finals, the Celtics seem to be losing ground in the East. Although Jayson Tatum and Jaylen Brown have emerged as stars, the team has struggled to find additional pieces that can challenge the assembled stars in Milwaukee, Philadelphia and now Brooklyn and Atlanta.