Canadiens defenseman Erik Gustafsson enjoys the notion of the Vegas Golden Knights showing signs of frustration in being pushed to the brink of elimination in their Stanley Cup semifinal playoff series.

That’s what happens when most everyone discounted Montreal’s chances before the series began.

“We were kind of going into this series as underdogs, and they probably thought they were going to have more puck possession and do more stuff on the power play,” Gustafsson said Wednesday, before the Canadiens boarded a flight home with a 3-2 series lead and Game 6 at Montreal on Thursday night. “But I think we’ve been on them from Game 1.” 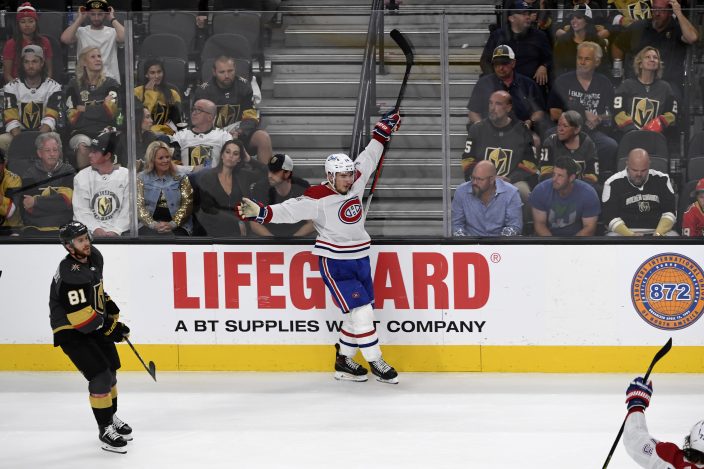 Much like the NHL’s lowest-seeded team entering the playoffs did against Toronto and Winnipeg in the first two rounds, the Canadiens’ smothering defense and quick-strike transition offense has Vegas searching for answers following a 4-1 loss on Tuesday.

Captain Mark Stone embodied the Golden Knights’ frustration midway through the second period when he headed to the bench and furiously slammed shut the door. It came after his turnover led to Cole Caufield converting Corey Perry’s pass on a 2-on-1 break for a power-play goal to put Montreal up 3-0.

Vegas even heard it from their home crowd, which booed as both power-play chances came up empty. 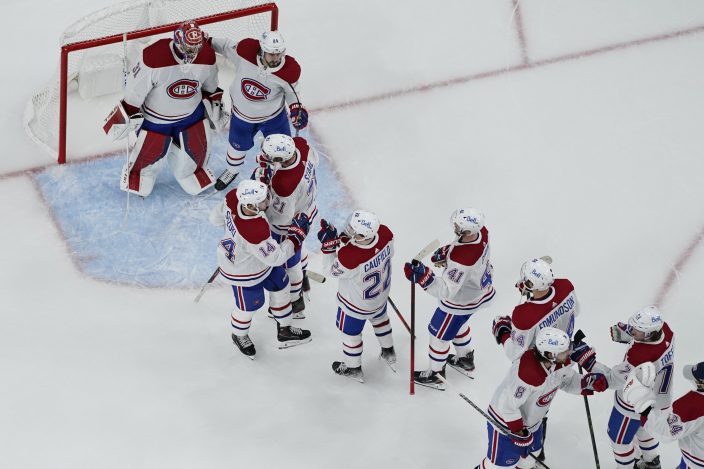 “We weren’t playing well, so maybe we deserved it,” defenseman Brayden McNabb. “Our fans are great. We love the fans. I’m sure they were as frustrated as we were.”

The Golden Knights can’t afford yet another dud, and they're running out of time — and apparently answers — in needing to jumpstart an anemic offense.

Defensemen account for seven of the Golden Knights’ 11 goals against Montreal, and Vegas' power-play unit has gone 0 of 15 in the series while converting a postseason-worst 4 of 41 opportunities. 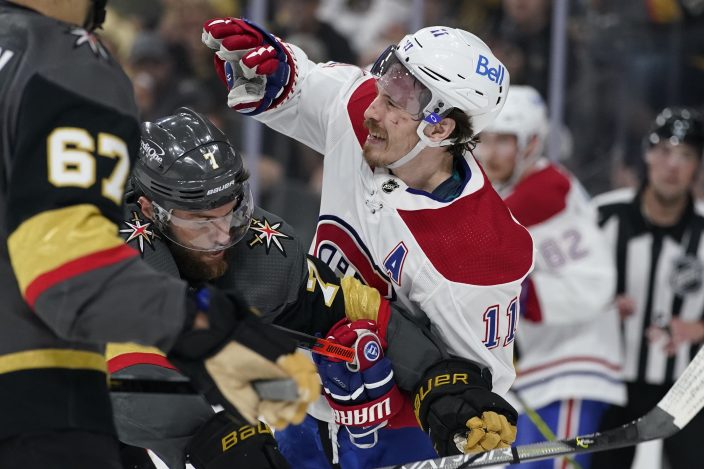 The offensive woes suddenly bring back memories of last year, when Vegas scored eight goals in five games in being eliminated by Dallas in the Western Conference final. 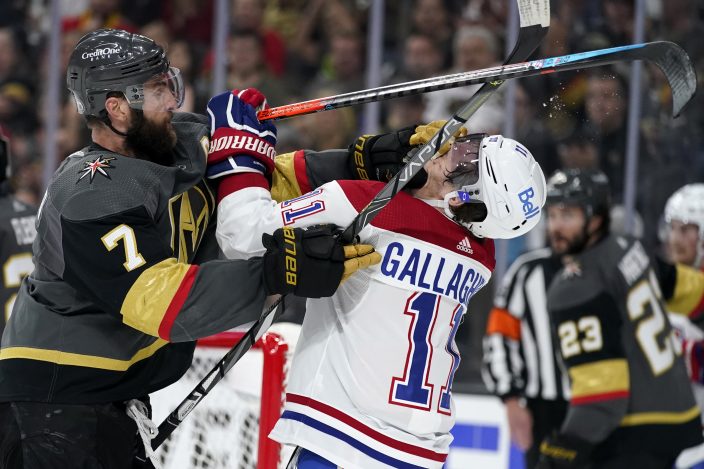 “Obviously not where we want to be. But I don’t think there’s any panic,” he said. “Tomorrow’s a new day.”

Vegas was the heavy favorite entering the series after finishing with 16 more wins and 23 more points than Montreal. And the narrative didn’t change after the Golden Knights opened the series with a convincing 4-1 victory.

The Canadiens, however, have proven to be an unflinching and focused team, which now stands one win from its first berth in the Stanley Cup Final since winning the championship in 1993.

Very little has fazed Montreal since being down 3-1 in its first-round series against Toronto.

The Canadiens have won 10 of 12 since, overcome missing one of their top defensemen, Jeff Petry, for two games, and even playing without interim coach Dominique Ducharme for the past three games since he tested positive for COVID-19.

“I don’t think we change much,” forward Eric Staal said. “That’s what our mindset has been this whole playoff, is getting to do what we do regardless of what happens.”

The Canadiens have even begun developing a swagger, evidenced in how Caufield responded to a question about Vegas goalie Robin Lehner sharing his scouting report after stopping the rookie forward on a breakaway in Game 4. Lehner said the book on Caufield is he either aims high or five-hole.

“I don't think anybody's going to faze that guy," Richardson said of the 5-foot-7 forward. “I’m sure he’s been told his whole life he’s too small to play, and proved everybody wrong up until now, and now he's in the third round of the Stanley Cup playoffs.”

The Canadiens travel back to a hockey-mad Montreal, where the buzz over their playoff run is reaching new levels.

And Montrealers will already be in a partying mood. Game 6 falls on Saint-Jean-Baptiste Day, the Quebec nation's cultural holiday, and equivalent to the Fourth of July in the U.S., though the festivities will be limited due to the coronavirus.

Pressure on Vegas with semifinal series shifting to Montreal